After joint student and staff protests on campuses around the country called ‘Fund The Future’ on Thursday last week at the delay in Government action on the 2016 Cassells report, Taoiseach Leo Varadkar has indicated that he is firmly against loans or any increase to student fees, welcomed this morning by USI.

“The Taoiseach has finally spoken on the issue of student fees to access higher education after what has been a deafening silence. What we demand now is action, doing nothing is not an option. We need a publicly funded education system that is accessible, high quality and fit for purpose. I have requested a meeting with the Minister of State for Higher Education as a matter of urgency to discuss this further.

The Department of Education and Skills and now the Taoiseach, have accepted the findings of the detailed analysis of the scale of the funding deficit that was carried out by the Cassells report.

If urgent action is not taken, there’s a real risk that today’s 7 and 8-year old primary school students will not have sufficient college places available to them in 2030 when the demographic bulge peaks with an additional 40,000 students seeking to access third level, nor will the education system be of the standard they deserve and one which the economic future of our country undoubtedly relies on.

At €3,000, Ireland will have the highest fees in the EU after Brexit, and this is affecting access particularly for the most marginalised or disadvantaged. Meanwhile, SUSI grants have not increased for students in line with the cost of living and soaring rents in Ireland today since 2012.” 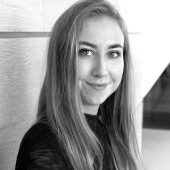 USI Warns Students of Rental Scams Ahead of Accommodation Rush