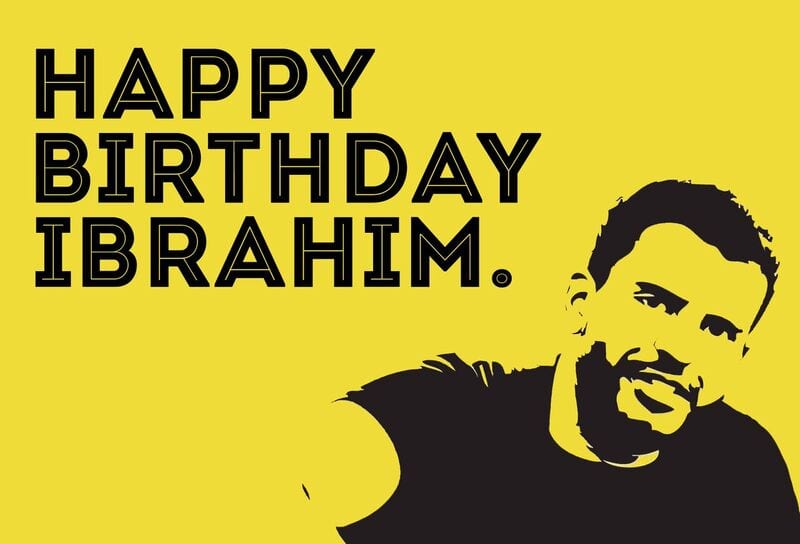 Today is Human Rights Day. USI is fully supporting Amnesty International and standing in solidarity with Ibrahim Halawa. Please join us today and assemble outside the Amnesty International offices on Fleet Street in Temple Bar at 5:30pm and add your voice to the call for Ibrahim’s immediate and unconditional release. Tomorrow, on the 11th December, two days before Ibrahim’s 20th birthday (he was 17 when he was first imprisoned), USI will be running a ‪#‎FreeIbrahim‬ campaign in campuses across Ireland. Please take a picture of yourself with a ‘Happy Birthday Ibrahim’ postcard, share it on social media, sign it, attach a stamp to it and send it to the Irish Embassy (address is printed on the back) to call for Ibrahim’s immediate and unconditional release.

USI standS in solidarity with Ibrahim because…
Ibrahim Halawa is a 19 year old Irish citizen imprisoned for taking refuge in Egypt. He is an Amnesty International Prisoner of Conscience. He is from Firhouse in Dublin. In August 2013, Ibrahim and his three sisters went to a protest in Cairo following the violent dispersal by security forces of two sit-ins in Cairo and other protests across Egypt which left up to 1,000 people dead in a single day.
When the protest turned violent they took refuge in a nearby mosque. At least 97 people were killed as a result of reckless use of force by the Egyptian security forces. On 17 August 2013, they were all arrested and taken to prison.
His sisters have been released on bail but Ibrahim is still in jail in Cairo over two years later. Amnesty International has conducted a thorough investigation of the case and are determined that Ibrahim is innocent. The alleged incidents took place at the minaret entrance to the Al Fath mosque. Ibrahim and his sisters were all locked in the inner part of the mosque where they fled to try and escape the security forces’ gunfire. He could not possibly have committed the crimes he has been charged with because he wasn’t there.

Ibrahim is a prisoner of conscience, imprisoned solely for peacefully exercising his right to freedom of expression and assembly. Ibrahim will be tried with 493 people, including 11 children. This mass trial cannot possibly be fair. The defendants allowed to be present in court cannot adequately participate in the proceedings. A huge percentage of the witnesses due to be called in the trial are police officers or government officials.

The European Union has criticised Egypt’s ‘selective justice’ and called for fair and timely trials. Recently, Egyptian courts have been handing out mass death sentences based on little evidence and following deeply flawed trial proceedings. The mass trial has been repeatedly delayed. Ibrahim Halawa has now been imprisoned for over two years.

Ibrahim was shot in the hand and never received medical attention, except from a cellmate who happened to be a doctor. His time in prison, far away from his homeland of Ireland, has been both physically and mentally difficult. There are reports that he has been beaten in prison.

Ibrahim should have started university this year furthering his dreams of becoming a pilot or an engineer. His plans have all been put on hold, and instead of college life, he finds himself sitting in a jail cell in Egypt for over two years. USI stands in solidarity with Ibrahim and are calling on the Irish embassy to help bring him home. ‪#‎FreeIbrahim‬