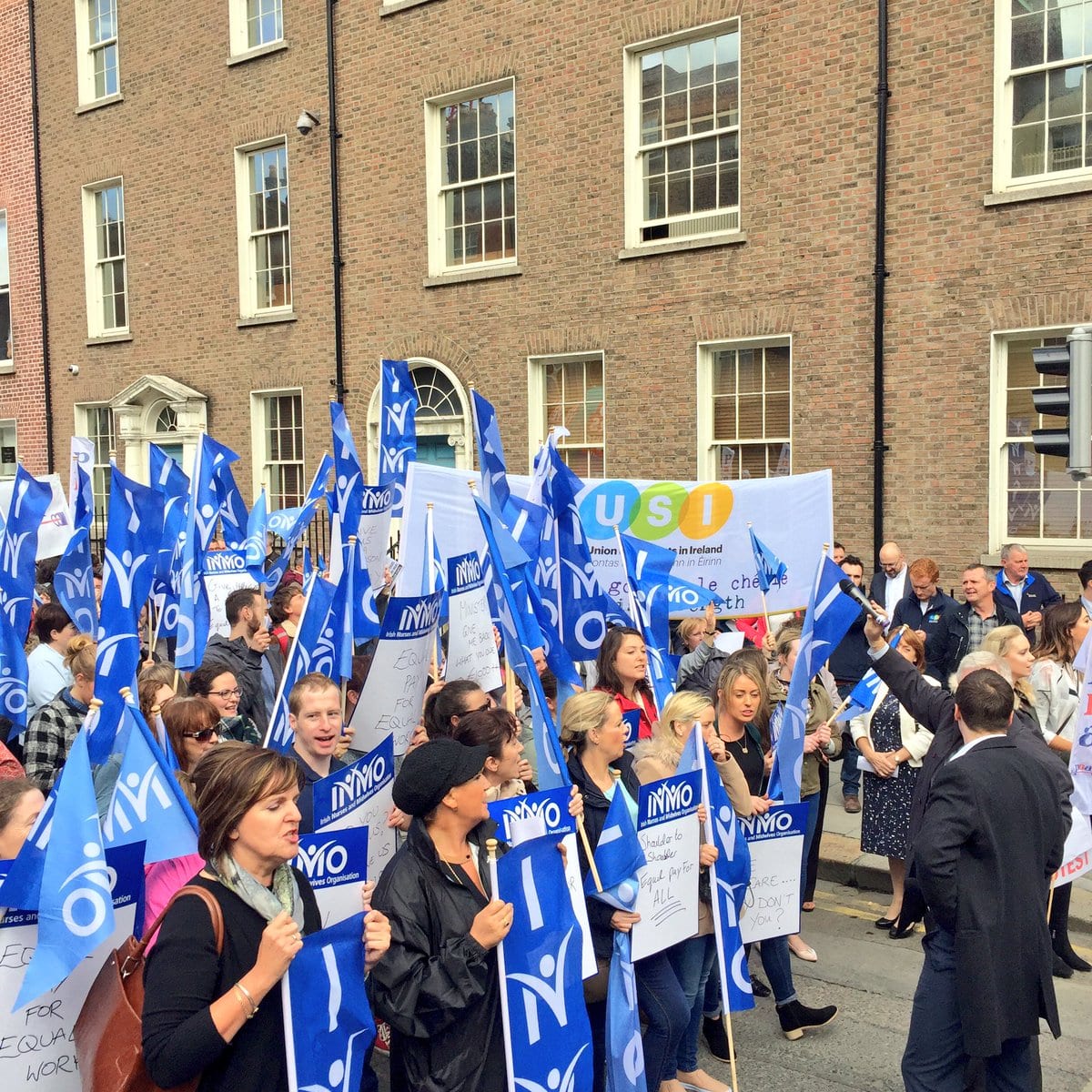 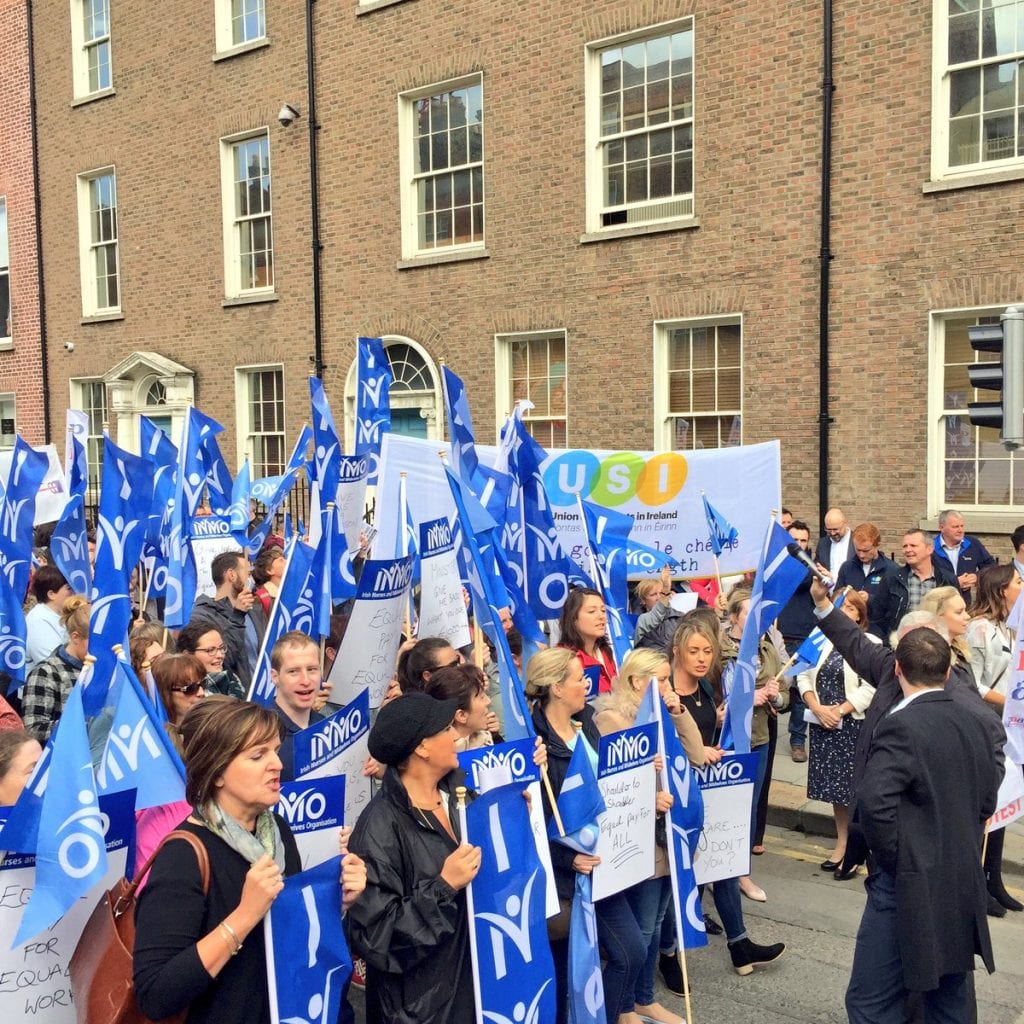 The Union of Students in Ireland (USI) is supporting The Irish Nurses and Midwives Organisation (INMO) in their protest outside the Dáil calling for the restoration of incremental credit for nurses and midwives who graduated between 2011 and 2015 on Tuesday the 27th September at 11:30am.

“USI is supporting the INMO in its protest, calling for the restoration of incremental credit for nurses and midwives who graduated between 2011 and 2015.” USI President, Annie Hoey, said. “There is already a national shortage of nurses in Ireland. If action isn’t taken by the government to restore the incremental credit, we risk exporting vital medical skills.”

At the end of 2015, the HSE and the Department of Health agreed that restored monetary recognition for the 36 week Nursing/Midwifery Internship from 2011 onwards.  However, the Department of Public Expenditure and Reform (DEPER) subsequently amended part of the agreement, and only sanctioned recognition for 2016 graduates onwards. This means that 2011-2015 nursing and midwifery graduates are left in a position where they will be earning less than their colleagues (pre-2011) who were automatically awarded the credit.  This is a loss of over €1,400 for 2011-2013 graduates and over €1,000 for 2014-2015 graduates.