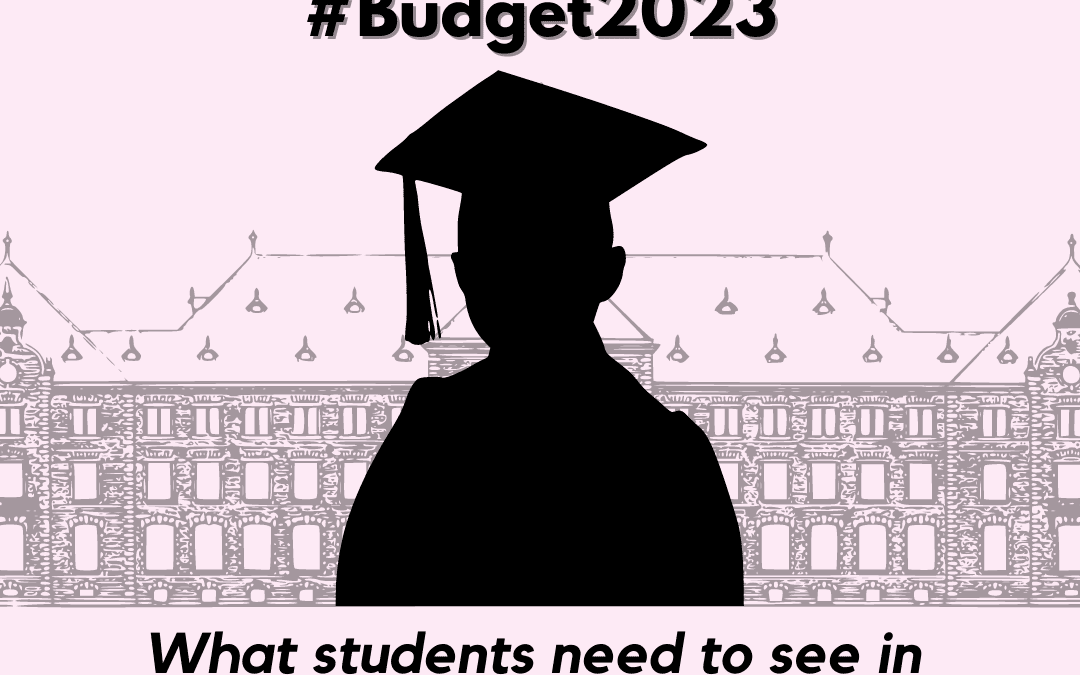 The accommodation crisis and soaring cost-of-living are among the key issues being raised by the Union of Students in Ireland at today’s (Monday) pre-budget submission lobbying day in Buswells Hotel, Dublin.

USI representatives have been joined by Students’ Union officers from across Ireland to lobby the TDs, including Government ministers, who are attending the event.

Among the key asks in ‘A Living Crisis, A Student Crisis’ are:

USI President, Beth O’Reilly, said: “The cost-of-living crisis is not a newly emerging issue for the students of Ireland. Between having the highest third level fees in the EU and the complete lack of affordable purpose-built student accommodation, many students are forced to choose between paying bills or putting food on the table.

“Following the formation of the Department of Higher Education, many thought the problems facing third level students would, for the first time, be prioritised by Government. Unfortunately, the main issues facing most students are still largely unresolved.

“The student accommodation crisis is probably the worst it has ever been. Many students are facing a year of lengthy commutes as there are simply not enough beds to house the number of students that require them. Investment in higher education is an investment in the future of Ireland. Government investment in Higher Education is one thing, but students need to see it in their pocket too.”

USI Vice President for Campaigns, Ross Boyd, said: “Access to education should not be limited to those who can afford it. Every person has a right to an education, but the higher education sector is becoming increasingly exclusionary because of our €3,000 Student Contribution Charge, coupled with the many hidden fees that students face. While the planned increase in funding to the higher education sector is certainly welcomed, there needs to be a parallel commitment to the abolition of fees.

“We recently announced our intention to organise a walk-out of students on October 13 to highlight the disastrous accommodation crisis and we are currently planning other future actions with our members too.”