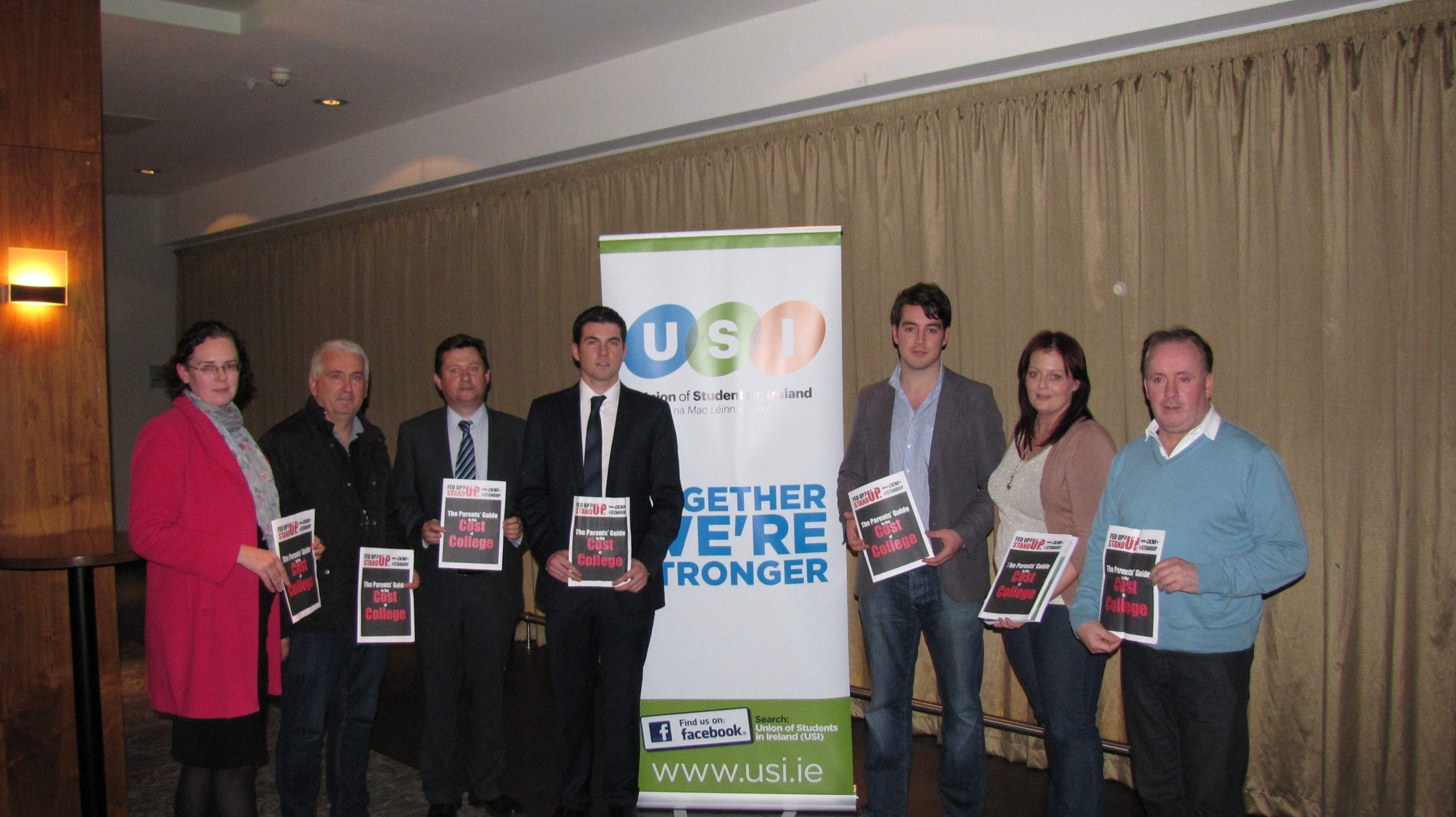 The President of Dundalk IT, Denis Cummins, has publicly opposed any planned increases in college fees.

Mr Cummins said that the revenue gathered from fee increases was never seen by colleges, for which the fees are nominally gathered. Mr Cummins also said that fee increases only served to victimise students, many of whom are already struggling with reduced grant rates and parental unemployment.

Mr Cummins’s comments were made at USI’s Public Meeting on the Cost of College. It was the first in a series of meetings that will take place in cities and towns across Ireland over the coming month.

The meeting was attended by Town and County Councillors from the Dundalk and Drogheda areas. Sinn Fein leader and Louth poll topper Gerry Adams TD also attended the meeting. Deputy Adams said that he supported USI’s ‘Fed Up? Stand Up’ campaign and urged students to mobilise at a local level. He said that students must force their local representative to raise the issue of fees at parliamentary party meetings.

Deputy Adams and USI President John Logue noted with regret the absence of any Government TDs at the meeting. All Government TDs from Louth had been invited.

Councillor Tomas Sharkey of Sinn Fein said that students should re-frame the discussion on the student maintenance grant. He urged them to move away from the language of entitlement and focus instead on what the grant provides. “Don’t call it a grant. Call it food. Call it accommodation. Call it books. Because that’s what it is,” said Councillor Sharkey.

At the end of the meeting, a cross-party coalition of Councillors committed to bringing a motion to Louth County Council, which will be sent to Minister for Education Ruairi Quinn. The provisional wording of the motion read as follows: “This Council calls on the Minister for Education and Skills to prevent any increase to the significant cost of third level education that is already pricing many families out of education. This Council calls on the Minister to protect maintenance grant supports for vulnerable families, which have already been cut by 12% since 2010.”

Times and locations for this week’s Public Meetings on the Cost of College:

John Logue, President of the Union of Students in Ireland said:

“Mr Cummins’s opposition to fee hikes is not an outlying opinion. It is the consenus opinion, held by those who know that revenue gathered from increasing fees is never seen by colleges. It is not used for improving student support services or providing better facilities to help our students compete on an international level. It is going straight into a black hole of debt. The Councillors, TDs, academics and Students’ Union representatives who attended last night’s meeting had a simple message for Minister Quinn: ‘Investment in college students will pull this country up off its knees and bring us back to prosperity. Keep your promise and give this generation the same chance that was afforded to previous generations.’”