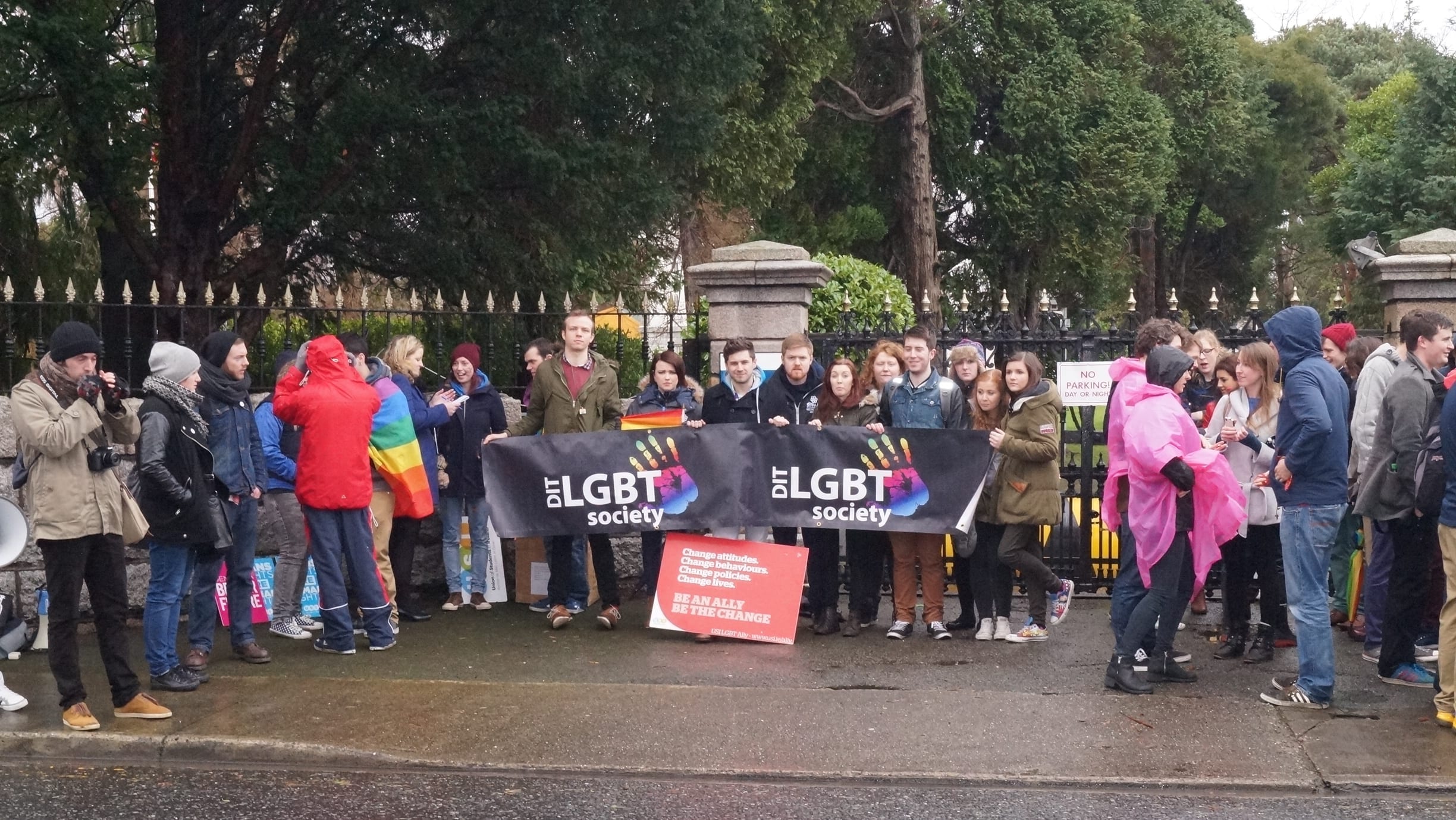 The Union of Students in Ireland (USI), Students’ Unions and student LGBTQ societies  demonstrated outside the Russian Embassy in Dublin at 11am today (Wednesday, February 5th).  There was a crowd of 50 + people that braved the bad weather to show solidarity and fight for human rights.

The demonstration called for:

‘It’s important that we stand firmly against homophobia and transphobia both at home and abroad. The students of Ireland and the LGBTQ community here are in solidarity with LGBTQ people in Russia. The law banning ‘the propaganda of non-traditional relationships in Russia’ is a violation of freedom of expression and prevents LGBTQ people in Russia from accessing vital information. Russia has become a place of violence and intimidation for LGBTQ people. The international community and corporate sponsors cannot stand idly by and ignore these human rights violations. USI will be urging our politicians to confront Russian representatives on this issue.”

Vladimir Dotsenko, a Russian national working as a mathematics lecturer in Trinity College Dublin will be speaking at the protest to urge the participants to put pressure on politicians to confront Russian representatives on the topic of LGBTQ rights and especially the “gay propaganda bill.”. He hopes that students in Ireland will make sure that their voices on this matter are heard.

Vladimir said: “Russia cannot maintain its ambitions of a superpower state if it cannot participate as an equal in world Summits, meetings of the European Council and other assemblies of that calibre. We should make sure that on every occasion of that sort, Russian representatives are asked all those inconvenient questions, precise questions supported by facts and figures.”