The Union of Students in Ireland expresses its support and solidarity to two Athlone Institute of Technology students living in Direct Provision who are facing deportation in 35 days and reiterates its calls for an urgent end to the Direct Provision system. 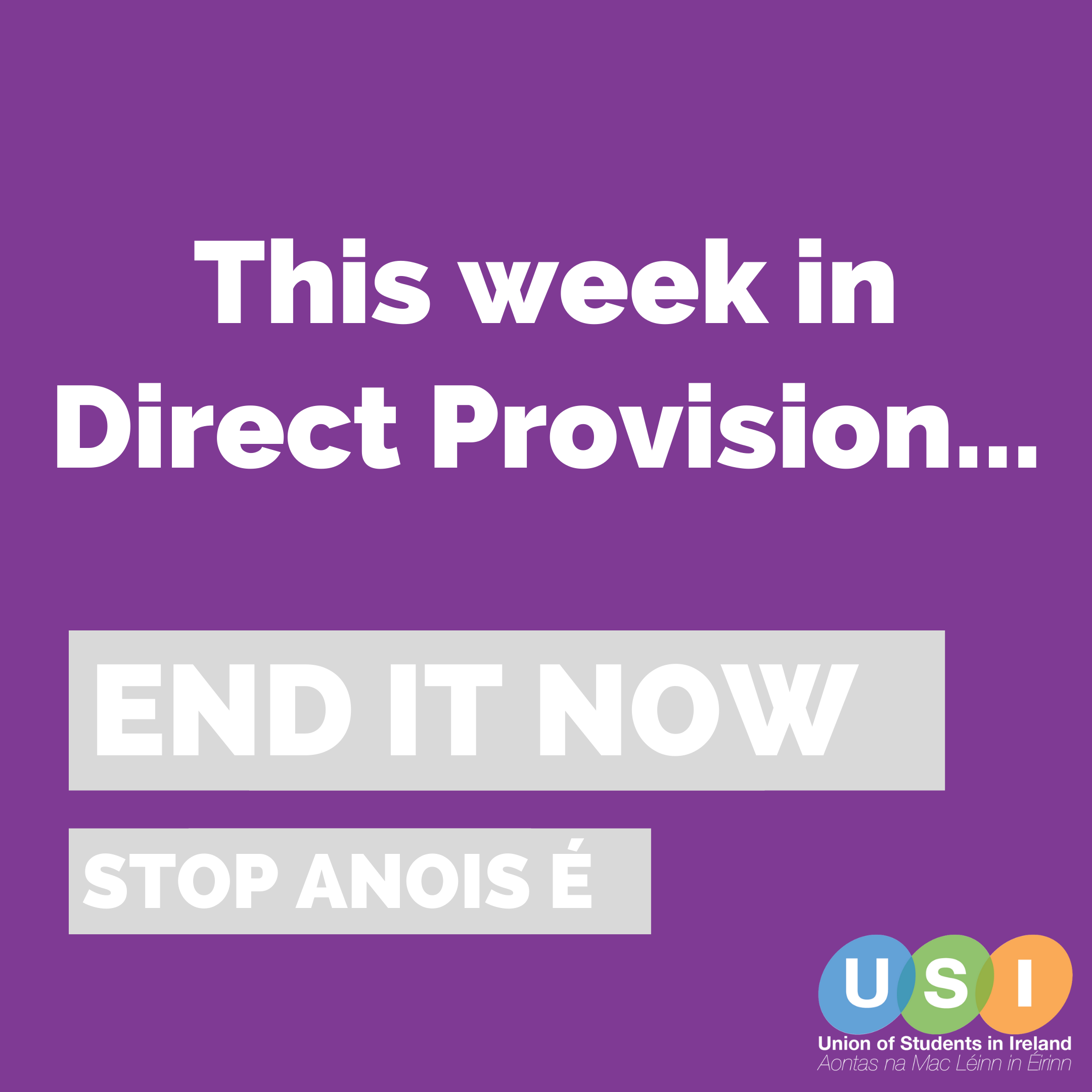 Second year Social Care student, David and his wife Fortunate who is an AIT Access student through the Colleges of Sanctuary programme have been issued with a deportation order for September 2 – after four years living in Direct Provision in Ireland – in the midst of a global pandemic.

The news of the deportation order comes in the week that residents of Caheersiveen Direct Provision centre have undertaken a hunger strike in protest at the conditions in their residence.

All at USI offer our full solidarity to the 32 people taking the action due to complaints about issues, including the rationing of food and water, not being taken seriously.

The USI calls on Minister for Justice, Helen McEntee to immediately halt the deportation of the two students who faced prosecution and violence before seeking asylum in Ireland and the urgent abolishment of the oppressive system of Direct Provision.

Last week, Minister for Children, Disability, Equality and Integration, Roderic O’Gorman said he wanted to take the “meanness” out of Direct Provision. But USI believes the system is fundamentally racist and oppressive to asylum seekers and must be ended now and replaced with a humane system that values dignity over profit.

The Programme for Government commits to ending Direct Provision and not reformatting it or making it less mean.

These two events in the space of a week explicitly demonstrate why the Direct Provision system must be ended urgently.

Sign the petition to stop David and Fortunate’s deportation here. 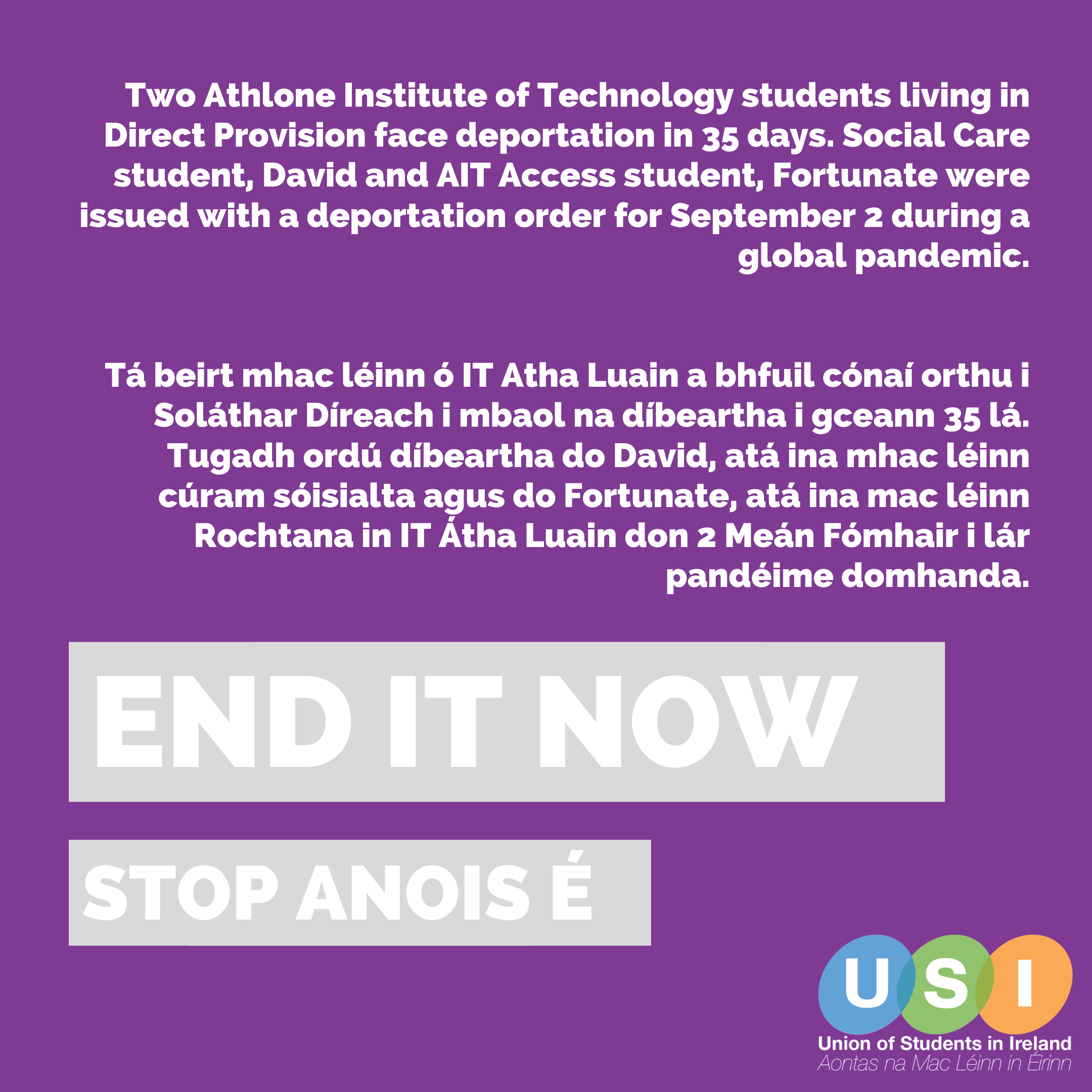 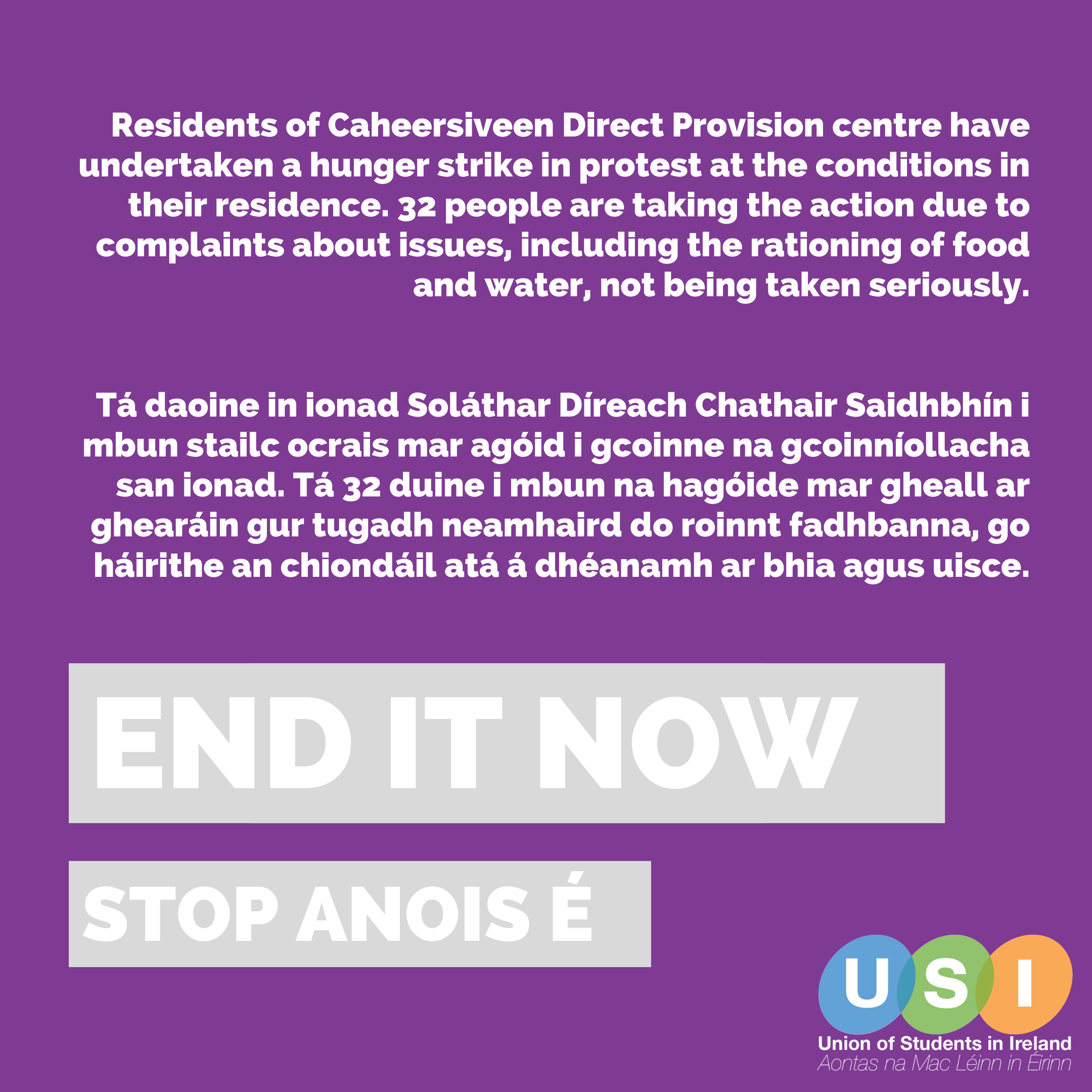