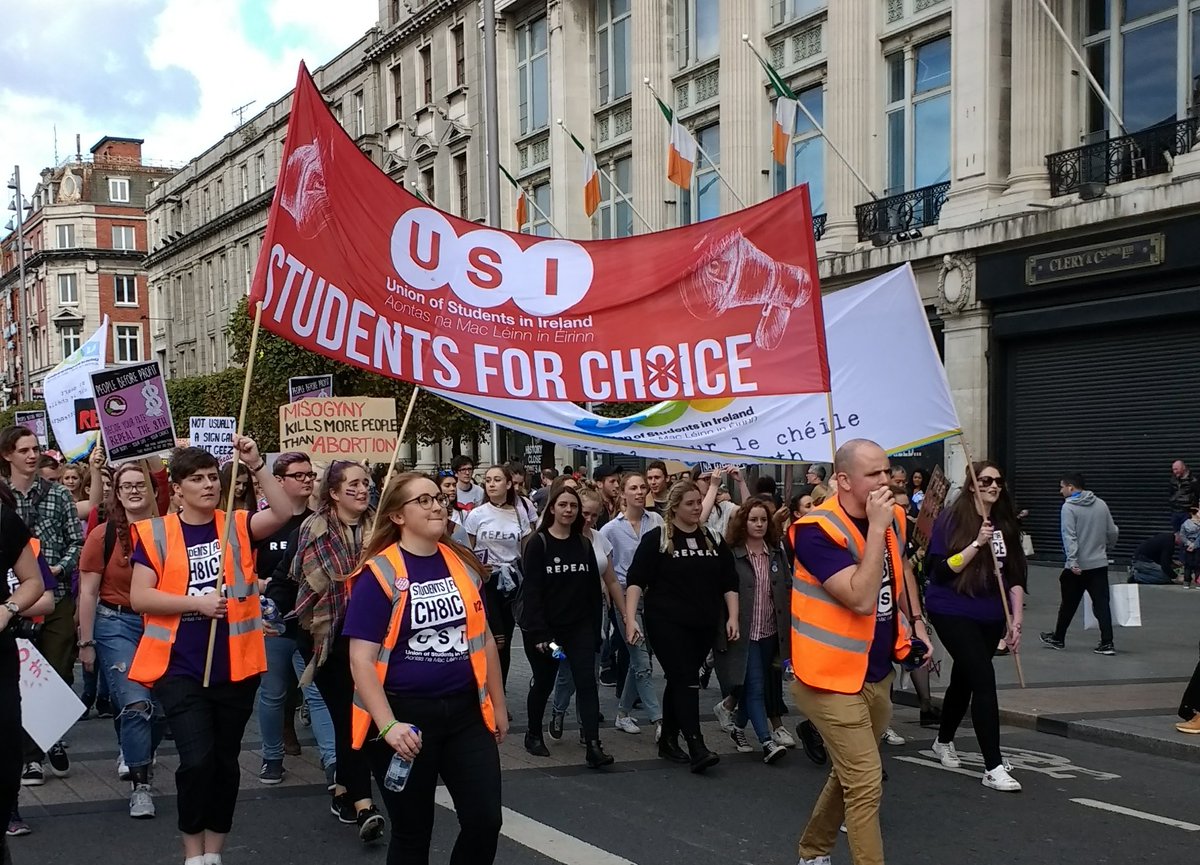 “We welcome the outcomes from the meetings of the Committee today as a positive step in the right direction. It’s clear when people are handed the facts describing the damage the Eighth Amendment has on the lives of people, conclusions are drawn that the Eighth Amendment must be repealed.

“While we welcome discussion on legislation allowing for access to abortion in the first 12 weeks of pregnancy, students have a longstanding and proud history in calling for full free, safe and legal reproductive rights, and students will continue to campaign towards this goal. We’re glad to see the voices of students heard as Taoiseach Leo Varadkar remarked his intentions to hold a referendum on the Eighth Amendment in May. This is down to the pressure put on by students and young people to have their say.”

Mr Kerrigan went on to say,

“I would like to thank the approach taken by most members of the Committee. Discussion and questions showed compassion and care towards women, and we ask that this same respect is shown once the report is debated in the Dáil.”

USI is calling on the Oireachtas to fully support the committee’s report, and for Taoiseach Leo Varadkar to commit to a referendum being held in May, ensuring students would be in a position to cast a vote on the Eighth Amendment.

USI addressed the Citizens’ Assembly on March 5th 2017 calling for a repeal of the Eighth Amendment and the introduction of free, safe and legal abortion services in Ireland. USI is a pro-choice organisation and represents 374,000 students across the island of Ireland and a member of the Coalition to Repeal the Eighth Amendment.

Figures show that between January 1980 and December 2015, at least 166,951 women and girls travelled from the Republic of Ireland to access abortion services in another country. In 2015, 3,451 women and girls in Ireland, or just over nine per day, travelled to the UK to access abortion services. 187 of these women who travelled were aged between 18-19, while 832 of these women were aged between 20-24.