The Union of Students in Ireland (USI) is today announcing a national demonstration to be held on October 4th in Dublin. USI is demanding immediate action to be taken by Government to invest in publicly-funded higher education and for greater grant investment in Budget 2018.

The demonstration is expected to draw over 5,000 students. USI is calling on the Joint Oireachtas Committee on Education and Skills to make a historic long-term decision to invest in a publicly-funded third level education model, as outlined in the the Cassells report – a report published over 15 months ago on higher education funding.

‘Education is in the red. Don’t be fooled by the propaganda of a student loan. An income-contingent student loan outlined in the Cassels report is a drastic increase in fees from €3,000 to €5,000 a year in disguise. The moment we accept higher fees and a loan scheme, we are saddling people with €20,000 of mortgage-modeled debt and forcing them to emigrate. The message would be loud and clear to future students: take your €20,000 debt, your degree, and get out.’

Mr Kerrigan went on to say,

‘We have unions representing college staff, third-level students and now second-level students campaigning on the streets for public investment.. Listen to the people this decision will directly affect. In a country where generations may never get a mortgages or a home, saddling more debt onto children cannot be the answer to increasing access to higher education. This demonstration is the first of many because of inaction from Government to invest in a eroding education system.’

The union claims an income-contingent student loan will be unstainable and will devastate communities, pushing the best and brightest to emigrate. USI fears graduates would be pushed out of the housing market as evidence from New Zealand shows that 51% of banks that received applications from clients with student debt had indicated that student loans were the contributing factor in rejecting finance – with 34% of those likely to be rejected being mortgages.

The demonstration is supported by members of the Coalition for Publicly Funded Higher Education including the Irish Second Level Students’ Union, SIPTU, IMPACT, TUI, IFUT and the National Youth Council of Ireland.

USI is campaigning for the Government to rule out any possible introduction of an income contingent loan scheme in Budget 2018, and to  reduce the Student Contribution Charge by a minimum of €250 and invest €1.26bn into higher education over the next decade in a bid to make the brave decision to publicly invest in third-level education. 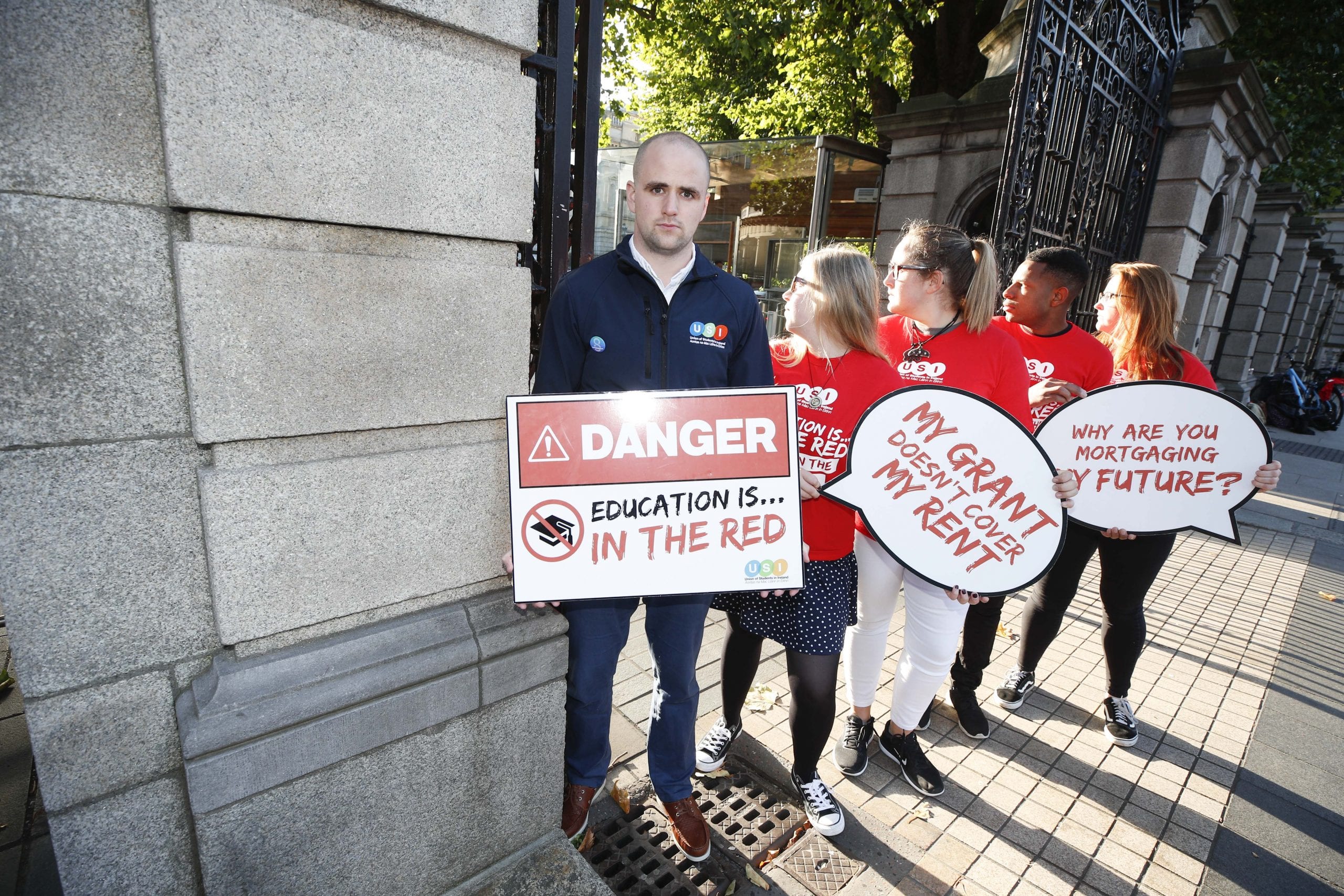