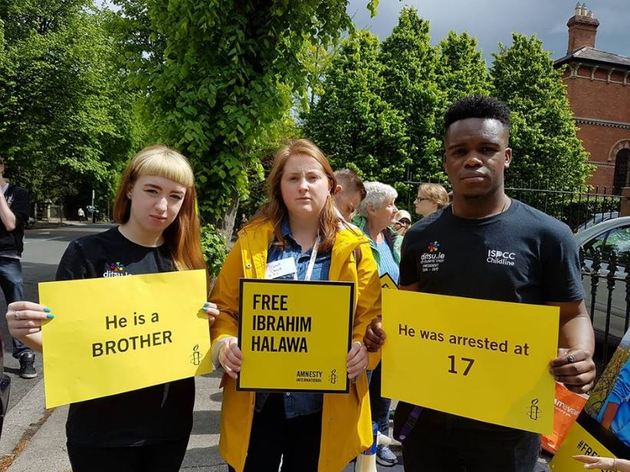 The Union of Students in Ireland (USI) calls on immediate action to be taken by Taoiseach Leo Varadkar and Minister for Foreign Affairs Simon Coveney to bring student Ibrahim Halawa back home to Ireland after the verdict of Mr Halawa was postponed until September 18th in Egypt today. The union also states never again should a student live this nightmare.

USI President Michael Kerrigan said, “Halawa’s trial was delayed 28 times before his legal team even had a chance to defend him. Today, students across Ireland are calling for Ibrahim’s return home. Ibrahim should have been in college or an apprentice this year, furthering his dreams of becoming a pilot or an engineer. USI stands in solidarity with Ibrahim, and are calling on students to take action.”

“Ibrahim is a prisoner of conscience, imprisoned solely for peacefully exercising his right to freedom of expression and assembly.”, Mr Kerrigan said. “Although in recent months our Government took increasing steps to release Ibrahim, actions must be put in place so another student isn’t trapped in another country, starving with their mental health suffering for 4 years. Today’s decision is a farce, and this show cannot continue.”