USI is #TogetherAgainstRacism with INAR 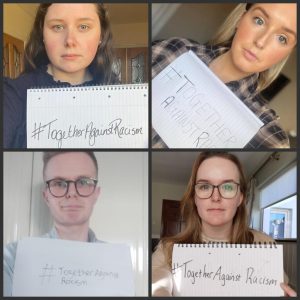 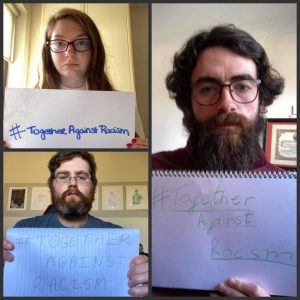 The Union of Students in Ireland is delighted to take part in the Irish Network Against Racism’s #TogetherAgainstRacism social media campaign today (Thursday) ahead of International Day for the Elimination of Racial Discrimination on March 21.

USI is a proud member of INAR and we are pleased to show our opposition to racism, xenophobia, far-right ideologies and we stand in solidarity with those affected and further commit to fighting racial discrimination in all its forms.

The aim of #TogetherAgainstRacism is to show that racism has no place in Ireland and share a positive message of inclusion, diversity, equality and togetherness. This campaign has been running since 2018 and now more than ever we need to stand against racism and show that Ireland will not tolerate racism, xenophobia and far-right ideologies.

USI President, Lorna Fitzpatrick said: “Today, we are joining INAR and supporting the #TogetherAgainstRacism campaign. USI joins INAR and all its members in calling for an end to racism, xenophobia and far-right ideologies and we stand in solidarity with those affected.

“For many years USI has been leading social change and working on social justice issues. Today, we also want to reiterate our support for INAR’s #LoveNotHate campaign to call for the introduction of hate crime legislation in Ireland. This should include the best legislative protections for all groups affected by harms caused by violence and other crimes directed at people’s identity.”