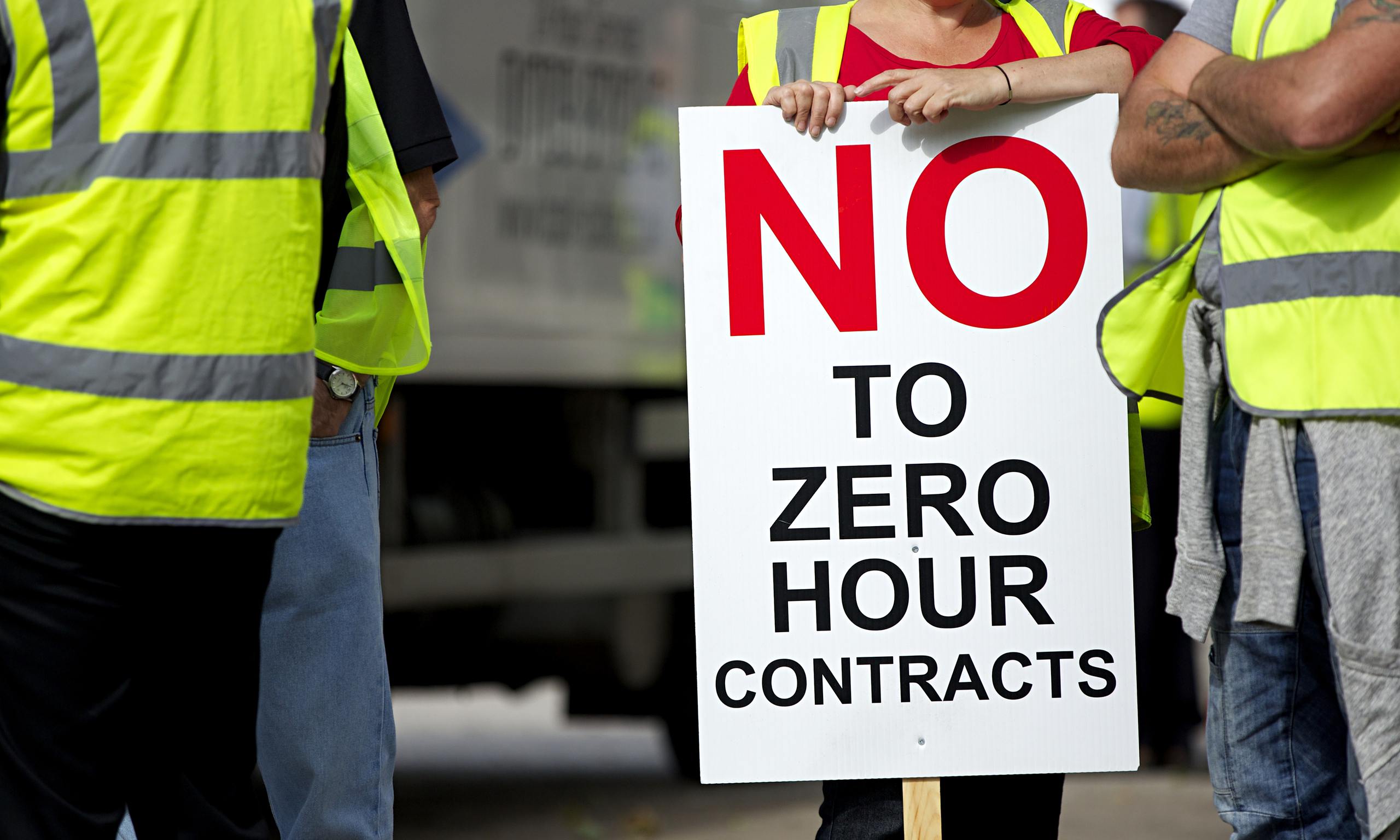 The Union of Students in Ireland (USI) revealed during a presentation to the Oireachtas Joint Committee on Jobs, Enterprise and Innovation yesterday that students are working 1 hour shifts as a result of some employers applying ‘If and When’ or zero-hour contracts. During this presentation, USI called for the ban of zero hour contracts across all employment.

Speaking to the Oireachtas Committee, USI President Annie Hoey stated, “Students typically work in wholesale and retail and accommodation and food sectors. Evidence shows that these sectors are not only low-paid, but provide very low hours – typically 1 – 8 hours. These ‘If and When’ or zero hour contracts lend to unpredictable working hours and unstable income which can have a negative impact on students’ financial security”.

Speaking before the presentation a 3rd year DIT student denounced zero hour contracts, “Currently I’m on a zero hour contract, making it impossible to budget or plan. At most, I’ll find out that I have a shift a week in advance. While the zero hour contract seems great in terms of flexibility with my college schedule, it makes it difficult to spend money on anything other than the bare essentials of food, bus fare and medication like my antidepressants without worrying that I’ll need the money later. A low wage with no stability in terms of hours creates unnecessary stress, but I know that having no contract means kicking up a fuss leaves me powerless. I can never challenge my manager if I feel unfairly treated as I’m easily replaced. I’m paid twice a month, and I’ve had paycheques be weeks or a month late but I’m afraid to kick up too much of a fuss in case that’s the last cheque I’ll get.”

Hoey continued to raise concerns  to the Committee stating “USI argue that students who are contracted with low hours and on ‘If and When’ feel insecure and powerless at work. To think someone would not want predictability and security every week is a dangerous misconception. Laws that enshrine certainty to workers will not negatively impact business.”.

USI President Annie Hoey and USI Vice President for Campaigns Daniel Waugh presented to the Committee on the detailed scrutiny of Banded Hours Contract Bill 2016 alongside representative of Teachers Union of Ireland and Association of Secondary Teachers of Ireland and representatives of TASC and Migrant Rights Centre Ireland on May 9th. USI welcomed the Bill, and believe it is a step in right direction in ensuring that those who are studying can have a sense of security and not be exploited while studying. 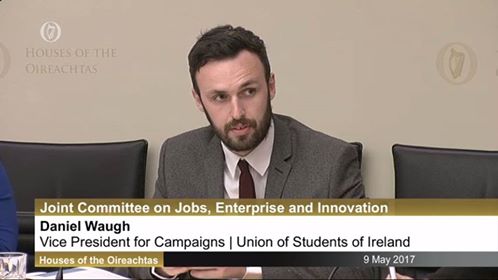 USI emphasised that most colleges charge an annual student contribution or a registration fee which covers student services and examinations. The maximum rate of the student contribution for the academic year 2016-2017 is €3,000. USI President Annie Hoey noted that in the period from 2007 to 2014 the student contribution fee increased by 363% from €825 to €3000. Too add, rents in Ireland stabilised during 2010 but began to increase during 2013 and are now being reported above €1,000 in Ireland – far beyond students’ capacity where the DIT Cost of Living in 2016 states that €1,222 is needed a month for students living away from home in 2015-2016. This figure does not change much in Galway, Limerick or Cork.

USI will continue working on banning ‘If and When’ also known as zero hour contracts.