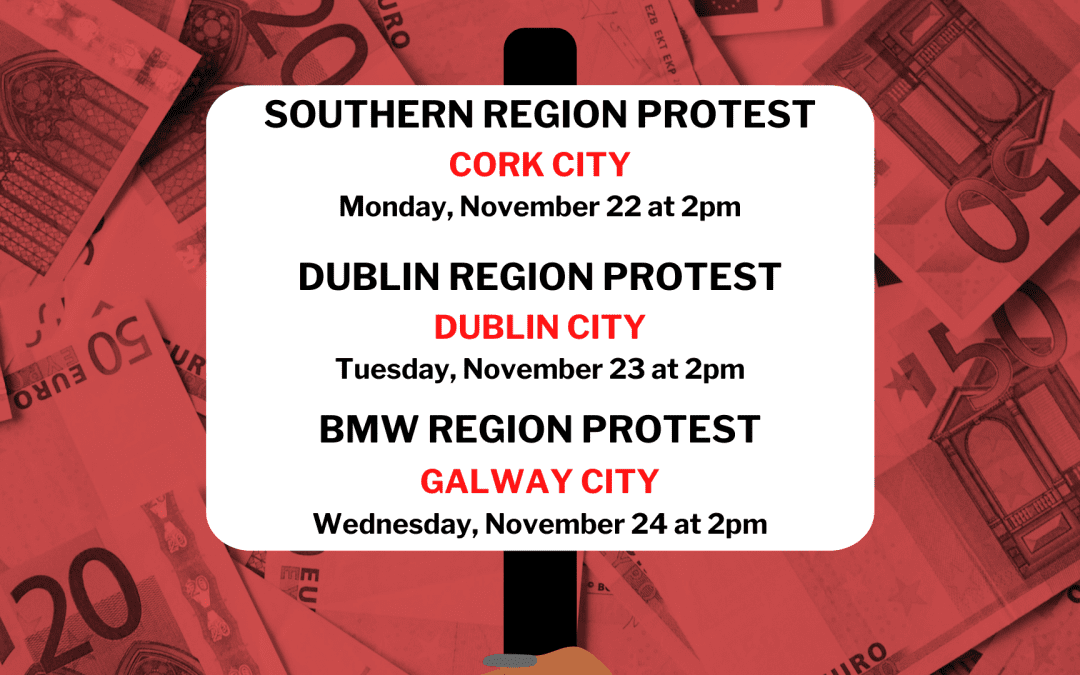 Students are gearing up to show their anger and frustration at the soaring cost of higher education, at three Union of Students in Ireland-organised protests over three days in late November.

Recent research showed that getting through a four-year degree now costs students and their families over €50,000 on average.

And with Government showing no signs of reducing the Student Contribution Charge or addressing the student accommodation crisis, USI is launching the Cost of College campaign.

The overall Cost of College campaign will involve two sub-campaigns; the No Keys, No Degrees campaign which was launched in September as a result of the dire student accommodation crisis and a F*ck the Fees campaign, which aims to show the level of anger students feel towards the €3,000 Student Contribution Charge.

The first big actions of the campaign will be three student protests over three days in Cork, Dublin and Galway city centres on November 22, 23 and 24 at 2pm.

USI President, Clare Austick said: “Students have been angry for some time about the huge cost of getting a higher education in Ireland. But coming out of COVID-19, students are nothing short of outraged. USI, SUs and students across the island feel that students were scapegoated and their sacrifices diminished, throughout the pandemic. As we have been saying, the student accommodation crisis is quite possibly the worst it has ever been due to both a lack of affordable accommodation post COVID and the lack of investment in affordable Purpose-Built Student Accommodation.”

USI Vice President for Campaigns, Beth O’Reilly said: “Yet again in Budget 2022, Government showed that it has no interest in reducing the €3,000 per year Student Contribution Charge, which is the highest fee for an undergraduate degree in the EU. How could students not be outraged? These three regional protests are a chance for students to get out show the level of anger and frustration they are feeling. Ahead of the protests, USI will travel around the country with a Cost of College Roadshow to talk to students on the ground about the campaign and ensure their stories and views are represented in the actions.”

The Main demands of the Cost of College campaign are:
• Abolition of the €3,000 student contribution charge
• Reform of the SUSI grant system to ensure that students are fairly assessed, and the income thresholds increased
• Eradication of all financial barriers to accessing higher and further education, including but not limited to student contribution charge, tuition fees and other hidden costs
• Funding and a plan to develop more affordable Purpose-Built Student Accommodation
• Legislation and other necessary action to retain student accommodation beds
• Rent controls ENDS