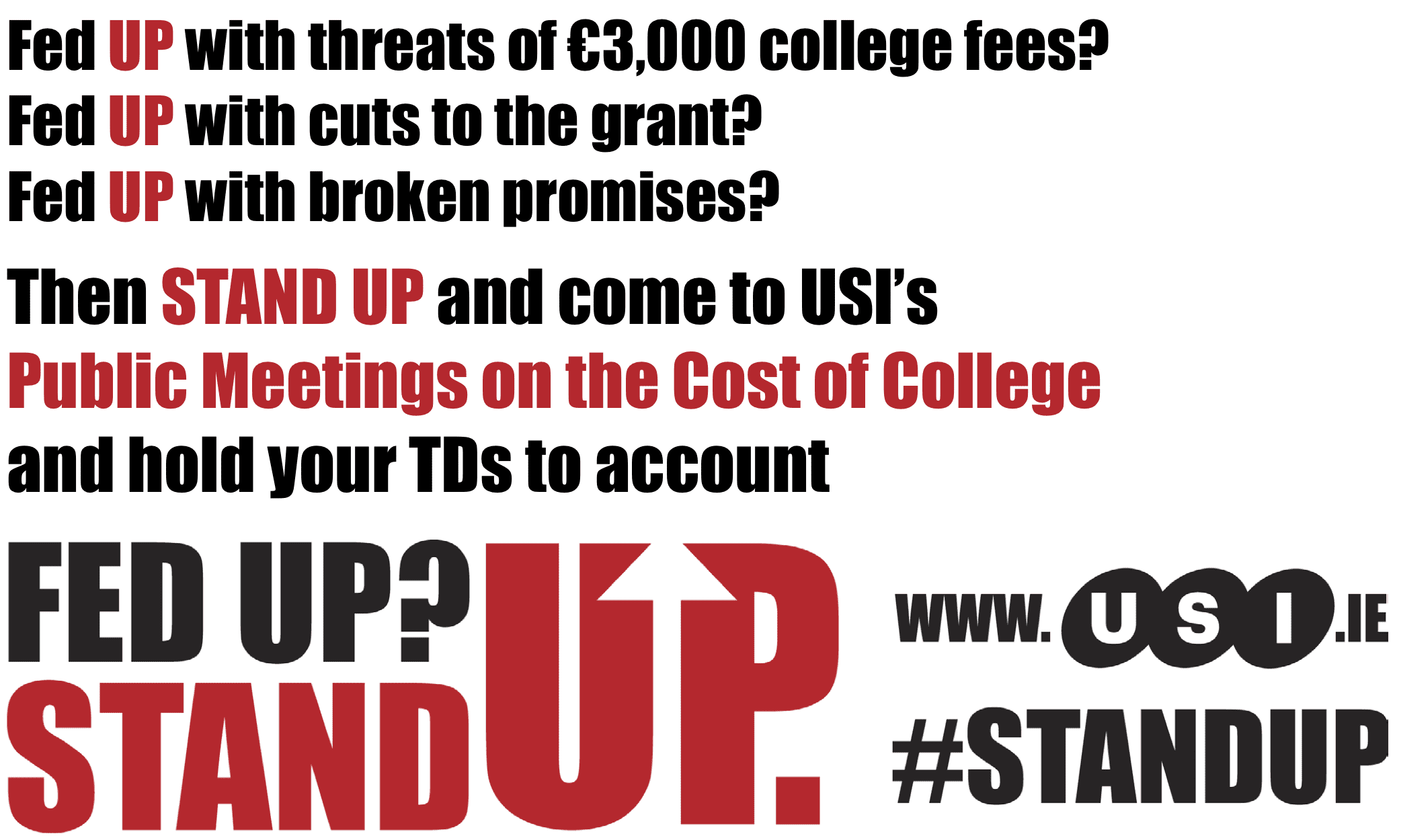 Local TDs, Senators and Councillors invited to attend and answer questions from students, parents and business owners on how they intend to support and invest in third level education

The Union of Students in Ireland is launching a month long series of Public Meetings on the cost of college. TDs, Senators and local Councillors will be invited to attend the meetings and answer questions from concerned students, parents and local business owners on their positions regarding fees and the student maintenance grant ahead of Budget 2013.

The first Public Meeting will take place on Monday, October 22 at 8pm in the Dundalk Crowne Plaza Hotel.

This series of Public Meetings is intended to create awareness in local communities and among public representatives of the significant financial challenges facing families with children who are currently in or aspire to enter third level education. Many of the public representatives that USI has invited gave pre-election pledges to protect students and families from further fee increases and cuts to the maintenance grant.

USI has produced a pamphlet for parents entitled ‘Fed Up? Stand Up: A Parents’ Guide to the Cost of College’. This document will be distributed at the Public Meetings. It clearly outlines the current costs of third level education and discusses the threatened increases to fees and cuts to the grant.

Towns and Dates for next week’s Public Meetings:

John Logue, President of the Union of Students in Ireland said:

“We have organised these Public Meetings because public representatives must state their position on third level funding before Budget 2013.

Students, families and local business owners need to know if their representatives are going to come out against fee increases that will cause many students to drop out of college and prevent prospective students from entering third level education.

In many towns, the student population helps to sustain the local economy. If the Government continues to target students in the name of austerity then local businesses will suffer as less students attend college and the students who do attend have significantly decreased disposable incomes.

Is students and families are fed up of being targeted by Minister Quinn, then they should stand up and hold their public representatives to account.”