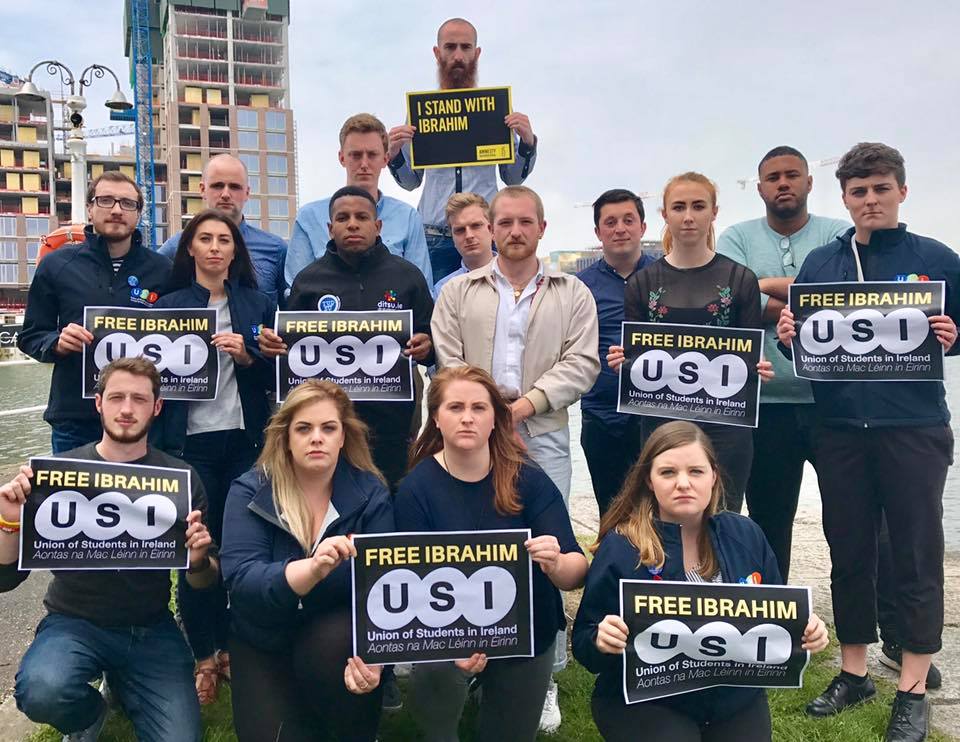 The Union of Students in Ireland (USI) today welcomed the verdict taken by the Egyptian court to acquit Dubliner Ibrahim Halawa of all charges. USI is calling for the immediate return of student Ibrahim Halawa back home to Ireland. The union also states never again should a student live this nightmare.

“Students across Ireland have been behind the campaign to release Ibrahim Halawa alongside his sisters Somaia, Fatima and Omaima. We celebrated his birthday, we cried out every time his trial was delayed, but today we celebrate his freedom after a hard fought campaign driven by students and his family.

“Although our Government took steps to release Ibrahim, the fact that this has taken over 4 years should be acknowledged. USI demands procedures and plans are put in place so tomorrow we don’t wake up to another Irish student stranded abroad, starving in a cell in another country as their mental health crumbles.”