Advocacy Groups call for JobBridge to be phased out. 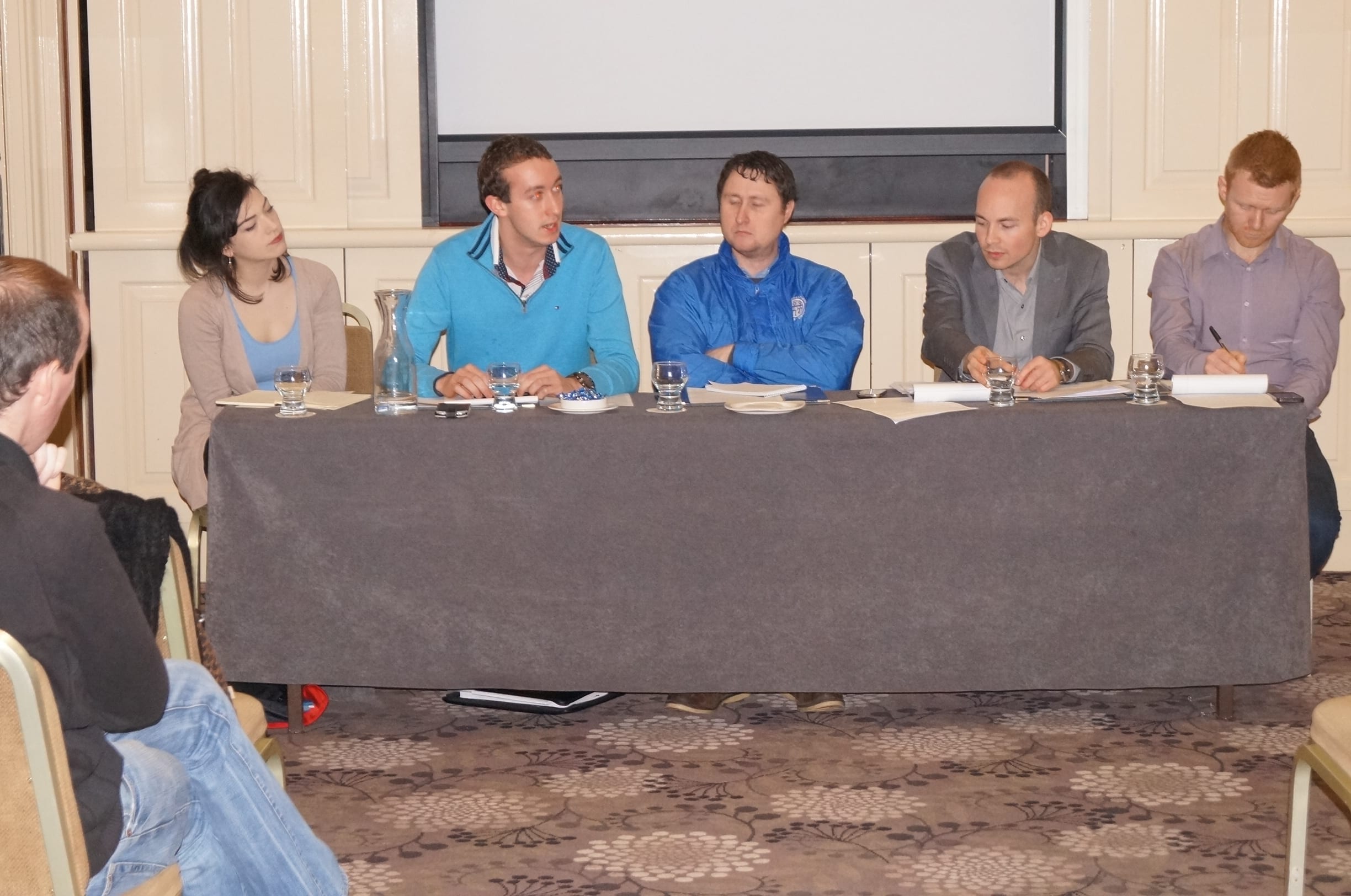 Advocacy groups for young people have come together to voice their opposition to the government’s national internship scheme, JobBridge.

The youth committees of the Communications Workers’ Union and Mandate Trade Union along with the Union of Students in Ireland, ScamBridge and the We’re Not Leaving youth group held a joint press conference today (Wednesday, 29th January 2014) at which they called for the scheme to be phased out.

CWU Youth Committee Chair, Derek Keenan, said: “ JobBridge is not just an attack on those seeking work but also part of a much broader attempt to reduce the pay and conditions of workers in all sectors of the economy. The scheme has depressed real job creation by allowing employers to avail of a free labour pool of unemployed workers desperate to get a foothold within the labour market. This abuse must cease, everyone deserves to be paid for their labour and we are calling on the government to phase out the scheme.

Mandate Youth spokesperson, David Gibney said: “The JobBridge scheme is a direct attack on the concept of decent work. Many companies are abusing the system and undermining existing terms and conditions of employment in both their own company and their competitors.

“When one employer receives free labour others must compete by either seeking the same free labour or else by driving down terms and conditions of employment for their workforce. In the worst case scenario, some businesses may close and full-time, decent jobs will be lost to this new wave of internships that are unsustainable in the long-term.”

Joe O’Connor USI President said : “USI believes there is a need for quality internships and real upskilling opportunities for young people in Ireland. However, it is now clear that after countless scandals and exploitation of workers under the scheme, JobBridge is now broken beyond repair.

Any internship scheme should be properly monitored and regulated, and should not displace fully paid labour. Clearly, JobBridge is failing in that respect, and we believe it should be brought to an end.”

“Case after case has now illustrated the reality of JobBridge exploitation. Yesterday, we named Munster Express as being one of the banned companies – yet incredibly it is still permitted to take on interns in areas other than photography. It has emerged that Advance Pitstop, a serial exploiter of the scheme, has made workers redundant in advance of looking for 28 JobBridge interns.

“The facts in the Indecon report illustrate that it is a failure from the point of view of dealing with unemployment – with 19.5% of interns graduating immediately to jobs with their host organisation, despite the fact that 29% of host organisations saying they would be highly or fairly likely to take on an employee in the absence of the scheme. The scheme must be scrapped and replaced by a RealJobs scheme – which means investment in education, meaningful training and real jobs.”

Shane Fitzgerald of We’re Not Leaving commented “The national Young People’s Assembly and the series of regional youth forums across the country before Christmas were unanimous in wanting an end to exploitative schemes such as JobBridge. Young people of course want training, apprenticeships, education and experience. They also need and deserve to be paid by the employer for the work they do, or straightforward access without harassment to adequate welfare when they need it. JobBridge – along with other disgusting exploitative schemes such as Tus, Gateway, Intreo, Jobsplus, Jobpath, Momentum – are not any of those things. They are workfare schemes, modeled on Victorian times – the outrageous targeting of the young unemployed in particular”.

Shane went on the question the governments real intent: “If the government’s actual intention was to provide quality training it would not be raising fees, cutting grants and introducing apprenticeship fees year on year. When seen with the recent devastating cut to young people’s welfare, we see these tactics as part of a concerted effort by the government – who do not have a jobs strategy or any intention of dealing with the youth crisis – as a means of driving down living conditions for the next generation of workers. And as a means of inducing for what is for tens of thousands of young people every year – forced emigration.”