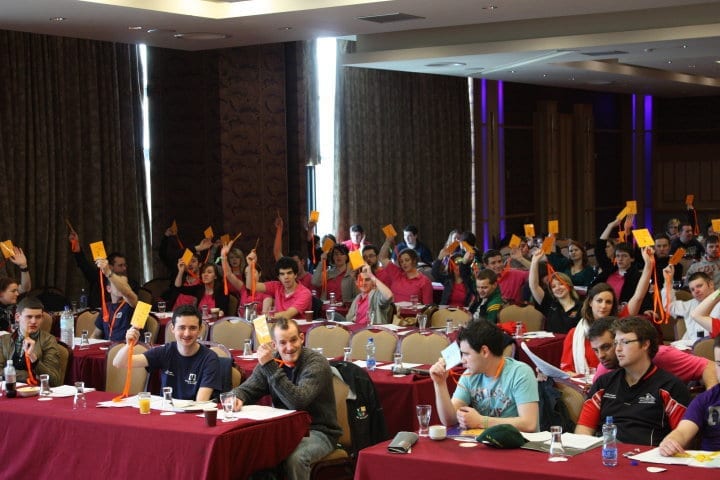 The Congress of the Union of Students in Ireland will take place in the Sheraton Hotel, Athlone, Co. Westmeath from 31 March until 3 April 2014.

The window for the submission of motions and proposed amendments to the USI Constitution is now open.

Motions to USI Congress set the policies of USI.  They are written by college students’ unions and formally submitted by the President of the Students’ Union to USI Congress for discussion.

Each motion tabled for USI Congress 2014 will be available right here when they’re published. After that, they will go on to be prioritised by students’ unions.  The Priority Ballot results will be given here.

Member organisations may amend the constitution of USI.  Amendments are written by college students’ unions and formally submitted to USI Congress for discussion and vote.

Each amendment (CA) tabled for USI Congress 2014 will be available right here when they’re published. These are not prioritised by member organisations – the Steering Committee of USI will arrange for these to be debated in the most logical order.

USI Congress will also elect a new Officer Board for the organisation.  As soon as procedural details for these matters are finalised and published to Students’ Unions, these details will appear here.
Notification of procedures for USI Congress will be published here no later than 14 March 2014
[/tabgroup]