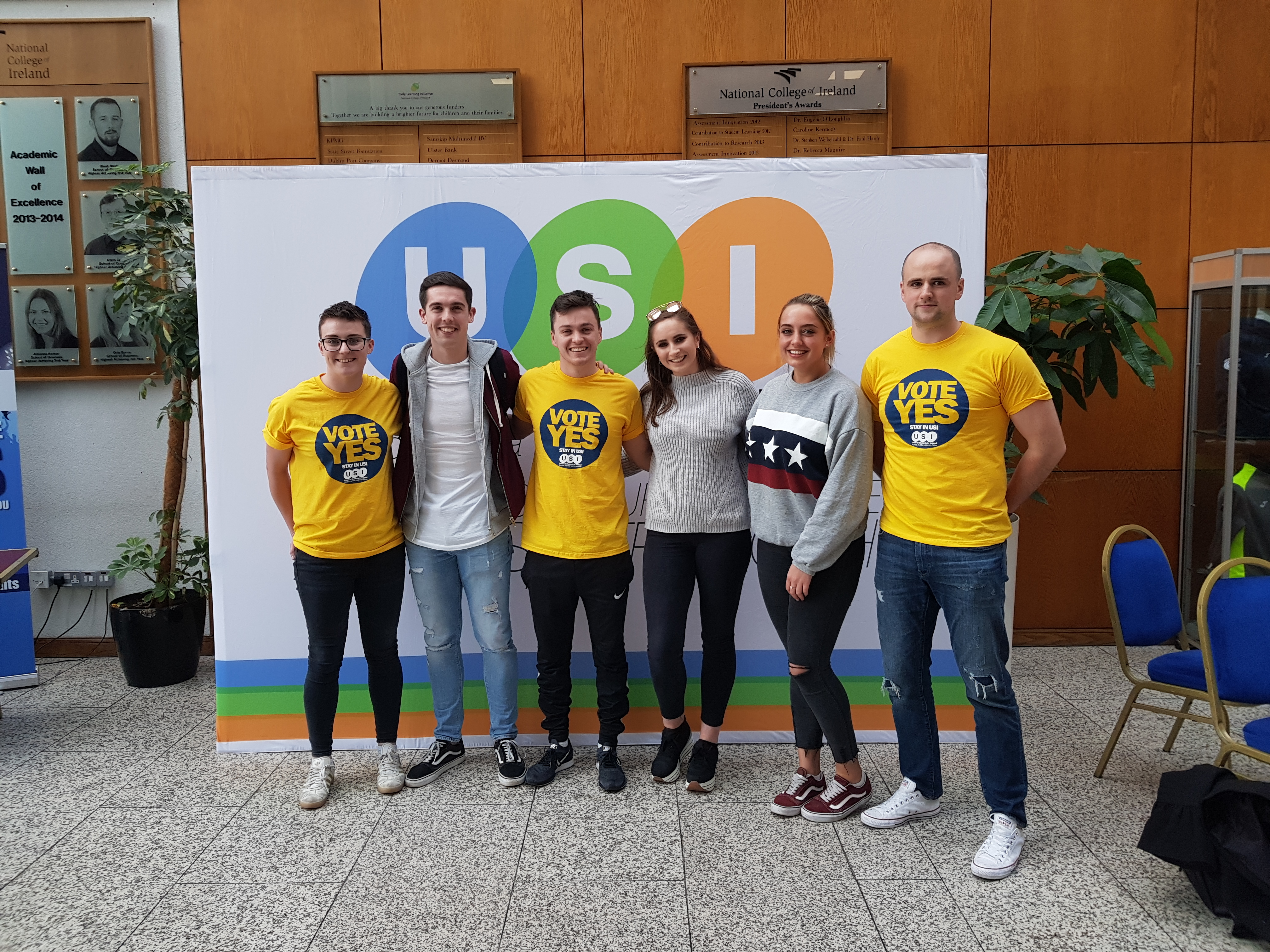 Today, Students from the National College of Ireland Students’ Union (NCISU) voted to remain with the Union of Students in Ireland (USI). Polls opened at on Thursday the 9th of November and closed on Friday the 10th of March. Final result was 97.2% of NCISU voters saying yes to USI.

Speaking after the result was announced, USI President Michael Kerrigan thanked the campaign team and the students of NCI.

“USI look forward to continuing our work with the students of NCI. A campus that has been at the forefront of our entrepreneurial campaigns and events, we are delighted to see student vote for such a strong mandate for their Students’ Union to remain part of USI. Together, we are stronger; and we are stronger with NCISU.”

“It has been a pleasure talking to NCI students this week. Their knowledge of USI was impressive, and their hunger to remain in the Union was not only clear on campus, but reflects the vote announced today. Thank you to everyone who helped”

“I am delighted that NCI students will continue to work alongside other colleges as part of the national student movement with the Union of Students in Ireland.”

“It’s great to have our students represented at a national level so we can work to together and continue to fight for students’ rights and publicly funded education.”

“It is really important for NCI to be a part of USI because we as a college have a lot to give and USI strengthens the voice of students, whether they come from a small or big college because it is stronger to stand as one.”

Founded in 1959, USI is the national representative body for the 374,000 students in third level education on the Island of Ireland. USI works to improve and protect the lives of students every day on academic and social issues through campaigns, training and research.