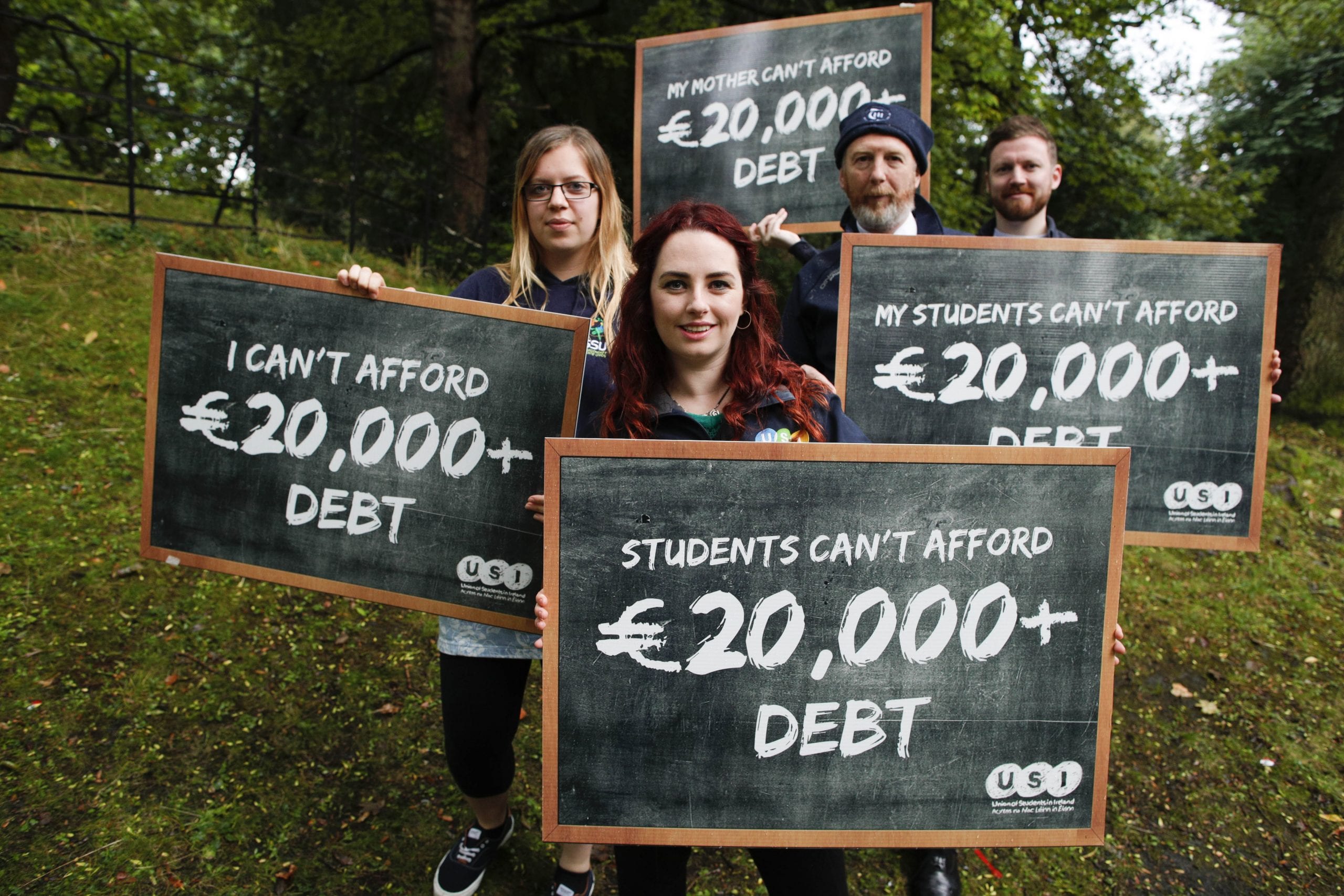 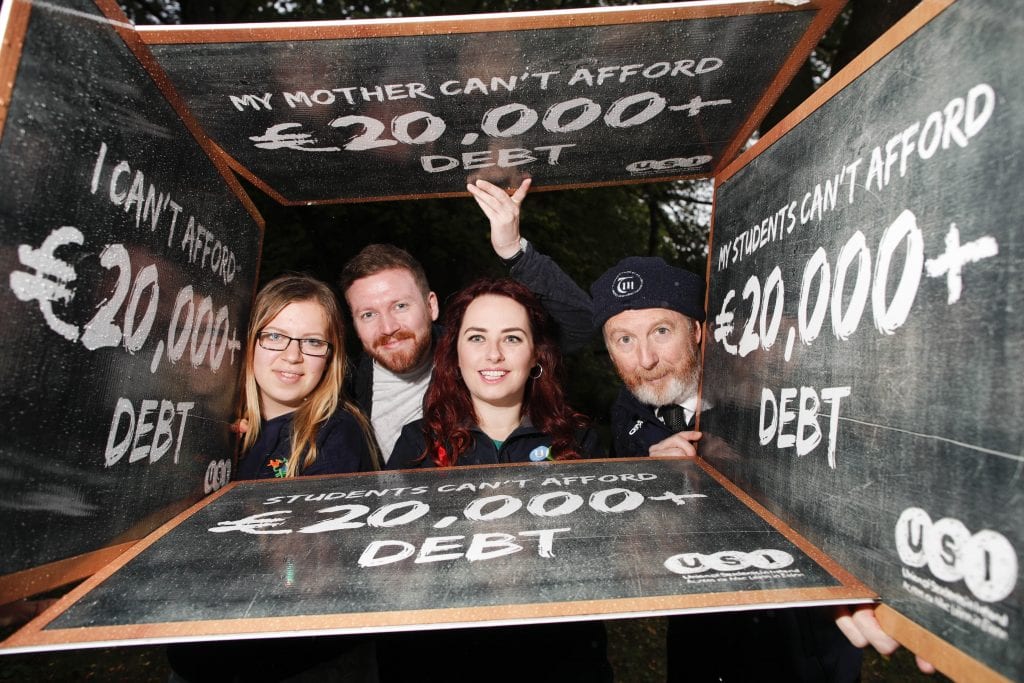 At the demonstration, USI will call on the Irish government and the Joint Oireachtas Committee on Education and Skills to make a historic long-term decision and invest in the publicly-funded third level education model as outlined in the Cassells report. USI said that an income-contingent loan scheme is not a viable solution to third level funding as a burden of €20,000+ debt upon graduation will deter people from applying to college. The union emphasised that the financial strain of college spans across all communities and groups including parents, children, staff and teachers – not just students. 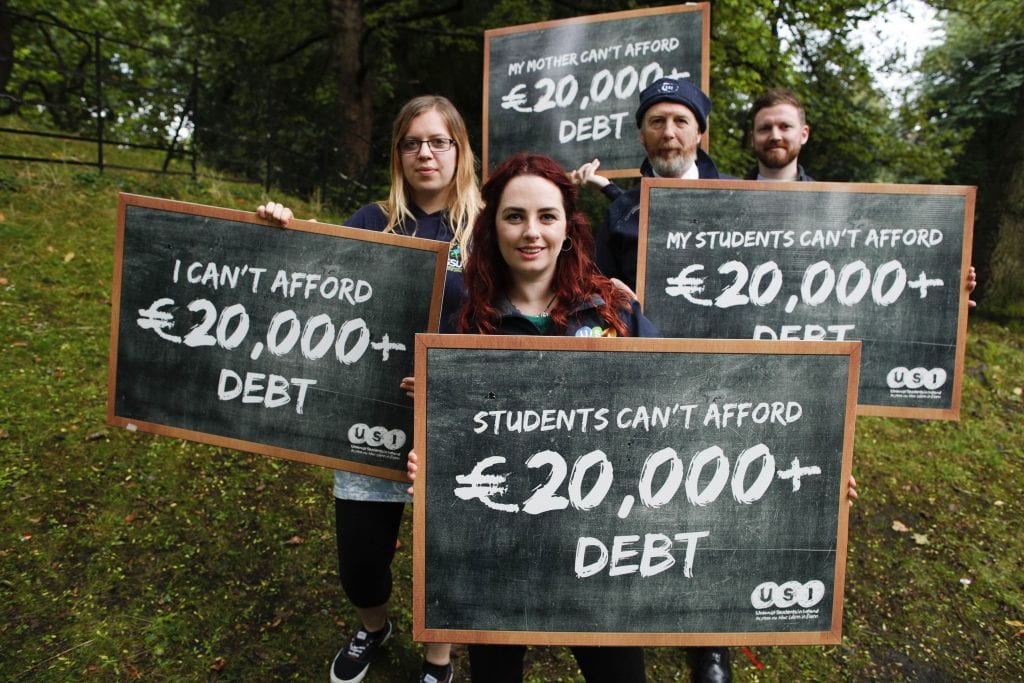 The demonstration is supported by members of the Coalition for Publicly Funded Higher Education including SIPTU, IMPACT, TUI, IFUT and the National Youth Council of Ireland who will be joining the march starting at the Garden of Remembrance at 1pm on the 19th October.

“We are calling on parents, teachers, family members, education staff and students to join in our march on the 19th October, and to echo the concerns we have on the future of third level education.” Annie Hoey, USI President, said. “The status quo isn’t working. Third level education is unaffordable and our universities are slipping down on the QS World University Rankings. The loan scheme option put forward in the Cassells report is unsustainable. It will increase emigration, saddle young people with a mortgage-modelled debt and widen the gap between the rich and the poor.

“America’s student loan debt ($1tn+) is greater in value than the combined economies of Ireland, New Zealand, and Australia. In other words, American students owe the combined value of all transactions in those countries in a year. Home-ownership in under-40s in New Zealand has drastically fallen since the introduction of student loans, from 57% to 25%.”

Charging no tuition-related fees, Germany has 41 universities that are considered by the Times Higher Education to be among the best in the world. In France, where they have registration fees of under €200, there are 27.

70% of the 2015 college graduates in the UK are not expected to ever repay their college loans, according to The Institute of Fiscal Studies.

USI is urging anyone interested in supporting the demonstration in support of a publicly-funded education on the 19th October to visit www.usi.ie/educationis/. 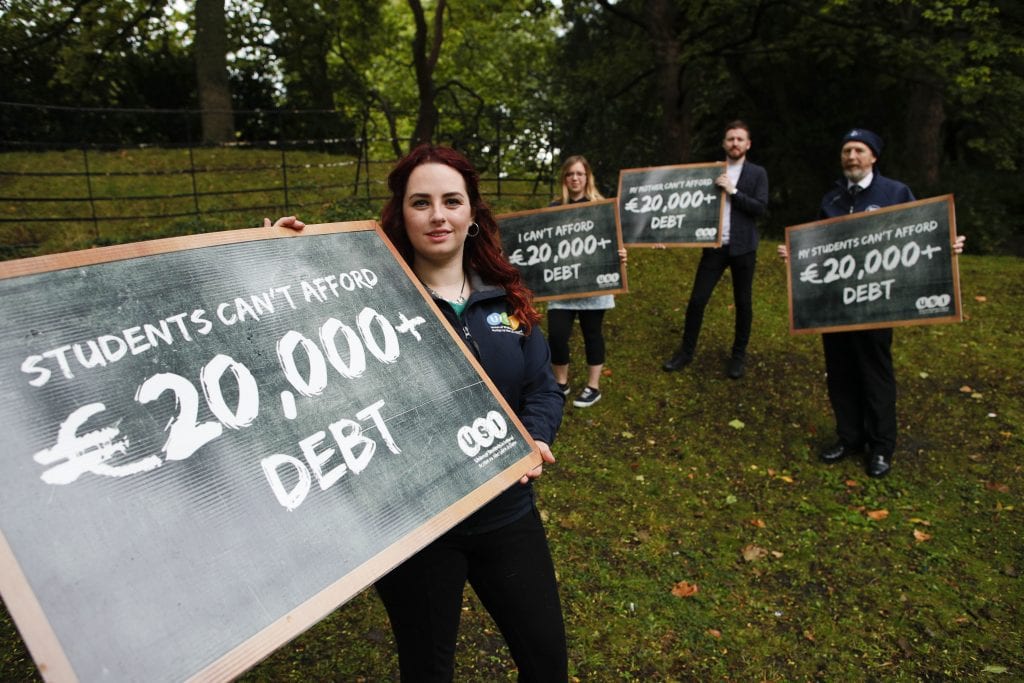 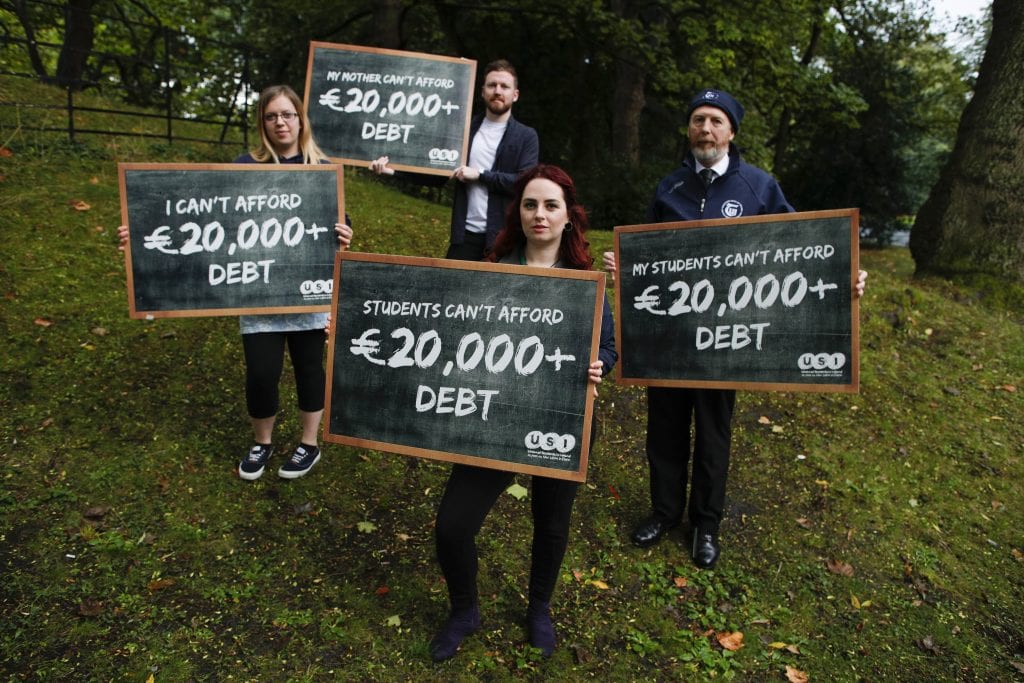