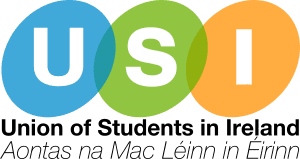 We write with reference to the now well-publicised decision of your department to refuse the Back to Education Allowance (BTEA) to Erica Fleming, a homeless single parent who is currently raising her daughter in a hotel.

As you know, education has a transformative quality. Education takes people out of poverty and dependence and gives them options in multiple fields of employment. Education quite literally changes lives. We are asking that Erica have the opportunity that she deserves to do just that.

Erica’s case has highlighted inconsistencies in criteria for BTEA that require urgent action from you in your capacity as Minister for Social Protection. The fundamental purpose of this support is to help people like her access better prospects through third-level education. The current arrangements are clearly antithetical to that important objective.

Our colleague from Trinity College Dublin Students’ Union yesterday described the 2015 changes to one-parent family benefits as “thoughtless”. Those measures were thoughtless precisely because they evidently failed to anticipate the situation that they would bring about – one in which a single parent who is raising her child in a hotel could be deemed ineligible for education supports.

Erica’s admission to Trinity College Dublin sends a powerful message that circumstances should never prevent a worthy student from accessing a high-quality education in a world-class institution. If we, as a people, are committed to this ideal then now is the time to demonstrate it.

On behalf of the Union of Students in Ireland and the 354,000 students we represent on both sides of the border, we ask that you take the necessary action to help Erica and the thousands like her who deserve support.

The Union of Students in Ireland

The Union of Students in Ireland