88% of Smartvote users are in favour of Abortion 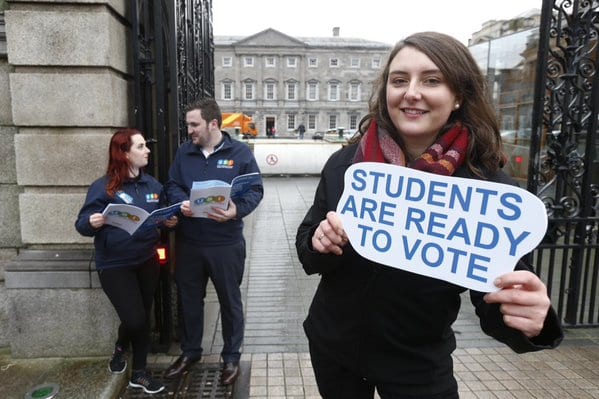 88% of Smartvote app users are in favour of abortion according to new data released today by the Union of Students in Ireland and Smartvote.ie. The new Election tool has been causing a political engagement storm across the country and has been labelled ‘The Tinder of Politics’. USI is encouraging young people to download and use the app to find out which candidates best match their political views. 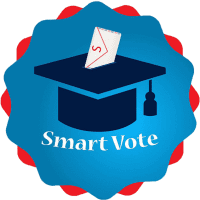 “There is no such thing as a civil war vote anymore,” Kevin Donoghue, USI President said, “We’re seeing an increase in a personal, informed vote across Ireland with Smartvote because it makes deciding who to vote for simple, easy and fast. It cuts through any grey areas or long-winded political answers and gets straight to the point. After just three days, over 15,000 people have already used the site and USI expects this number to soar coming up to the General Election.”

Each question is rated from ‘strongly agree’ to ‘strongly disagree’. Candidates are ranked on how many questions they agree with the user and how the user rated each question. For example, if Candidate X strongly agreed with you he/she would get 3 points for that question.

The Founder, Keith Moore explains how he came up with the idea for Smartvote – “I was frustrated in the last local elections because there was no one place where I could go, to easily compare the 23 candidates running in my constituency. For the first time in my life I didn’t vote. I thought there had to be a better way to make an informed voting decision”.

72% ‘strongly agree’ that Abortion should be permitted in cases of rape, incest or when the baby is unlikely to survive outside the womb. 9% agreed and a further 7% slightly agreed, which means an overall 88% of users agreed.

8 out of 13 Political Parties also agreed with this statement, while the other 5 Parties stayed on the fence on this issue, stating that they neither agreed nor disagreed.

“Smartvote.ie gives people the opportunity to be as informed as they can be, coming up to the General Election” USI President, Kevin Donoghue said, “It’s about engagement. We won’t be saying you should vote for this party or that party, just that you should vote.”