Joint Call on HE Funding Crisis﻿ 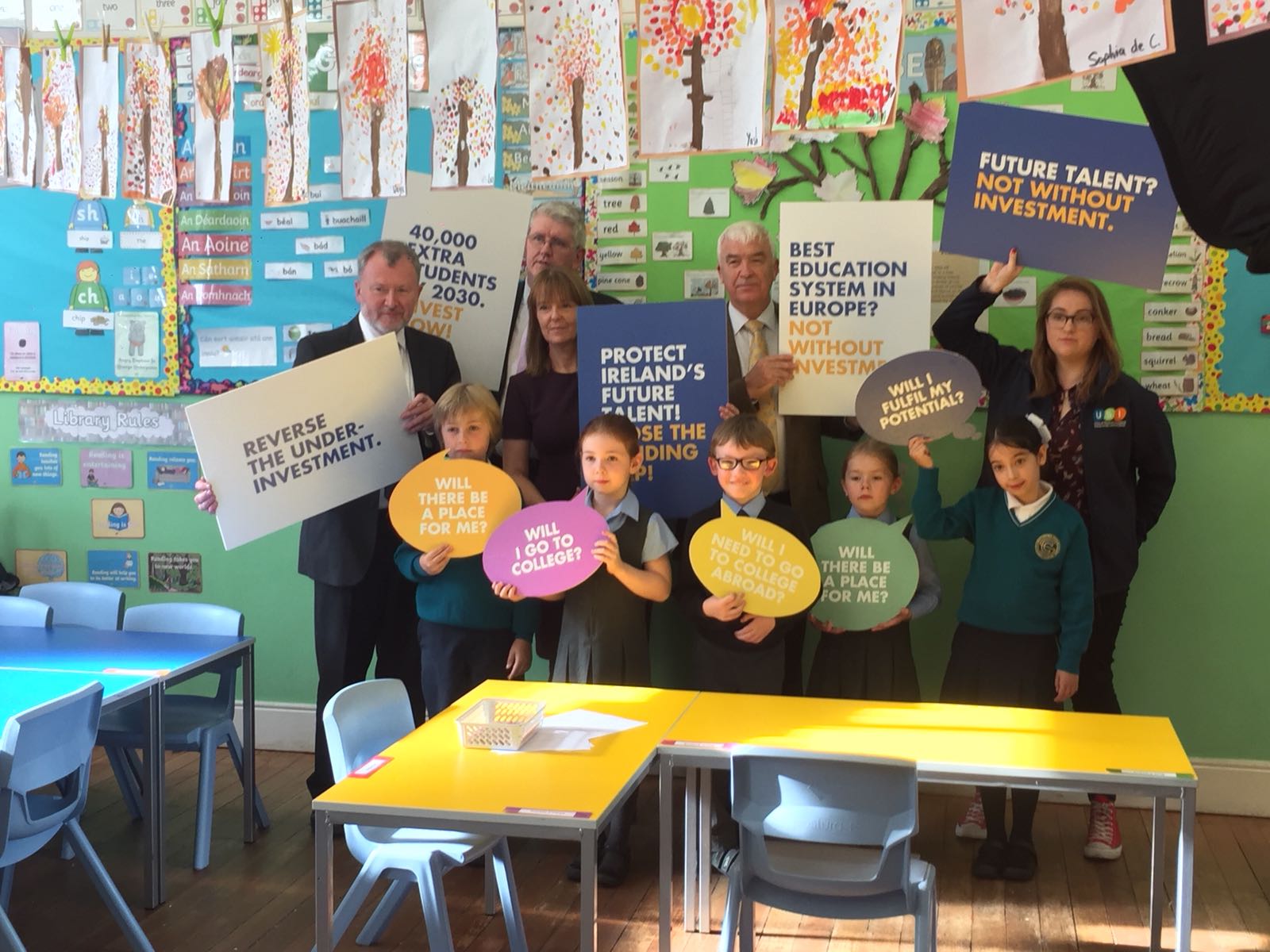 Dublin (27 September) In an unprecedented move, unions representing students and teaching staff have joined forces with the representative bodies of universities and institutes of technology to call on the government to respond to the growing crisis in higher education funding. In this first ever such move, students, staff and the higher education institutions have come together to warn the government that continued delay in addressing the deficit in third level funding is no longer acceptable.

In a joint statement today, the Group said: “Government has long since acceded to the fact that higher education in Ireland is chronically under-funded. The Department of Education and Skills has accepted the findings of the detailed analysis of the scale of the funding deficit that was carried out by various expert groups on their behalf. This is the first time that students and staff unions and advocacy bodies representing the higher education institutions have come together to collectively call for action. We request an immediate move by Government to address the funding crisis in Budget 2019 or we risk an irreversible slide in the quality of our third level system. They clearly know what the problem is; now, they need to start fixing it. If urgent action is not taken, there’s a real risk that today’s 7 and 8-year old primary school students will not have sufficient college places available to them in 2030 when the demographic bulge peaks with an additional 40,000 students seeking to access third level.”

Jim Miley, Director General of IUA said: “The government has repeatedly stated that it wants to have ‘the best education system in Europe’. That cannot be delivered without a significant increase in investment in higher education. If the investment is not made, the future talent pipeline for the workforce will be jeopardised and the country’s competitive edge will be at serious risk.”

Dr Joseph Ryan, Chief Executive of THEA, said: “The National Strategy for Higher Education to 2030 and the recent report of the expert group chaired by Peter Cassells provide both a policy framework and an unequivocal call to invest in national ambition. Advance has been realized on some fronts and that is acknowledged but the key outstanding issue on which we require immediate action as part of Budget 2019 remains the requirement for greater government investment which is essential to maintain the operation and reputation of our higher education system.”

Síona Cahill, newly elected President of USI said: “There’s been a 2% increase in the number of students attending third level year on year, at the same time there has been a managed decline in state investment. What was a response to a recession is not at all acceptable as a way forward for a higher education system which we need to support student success, promote access, and produce top quality graduates. The system is underfunded and students face the burden – at €3,000 per annum, students are already paying the second highest fees in Europe. It’s clear the government must act, and invest meaningfully in the present and the future of this country before it’s too late.”

Joan Donegan, General Secretary of IFUT said: “Funding for third level students is now at less than half of what it was a decade ago. This is resulting in serious understaffing, overcrowded classrooms and an overall deterioration in studying conditions in higher education.  It is impacting negatively on lecturing staff and students alike.  The next Budget must address the crisis of the past decade of neglect.”

John MacGabhann, General Secretary of TUI said: The failure by government to prioritise investment in Higher Education has significantly diminished the quality of the student experience and is causing reputational injury to the nation’s higher education institutions. We are struggling to serve sharply increased student numbers against a backdrop of steep cuts in both budget and staffing. Innovative measures are required in Budget 2019 to generate a dedicated higher education fund that is sufficient to address the critical deficits that are all too evident and to build the systemic capacity to ensure excellence in public higher education provision into the future.”