Lorna Fitzpatrick Elected President of the Union of Students in Ireland, 2019/2020 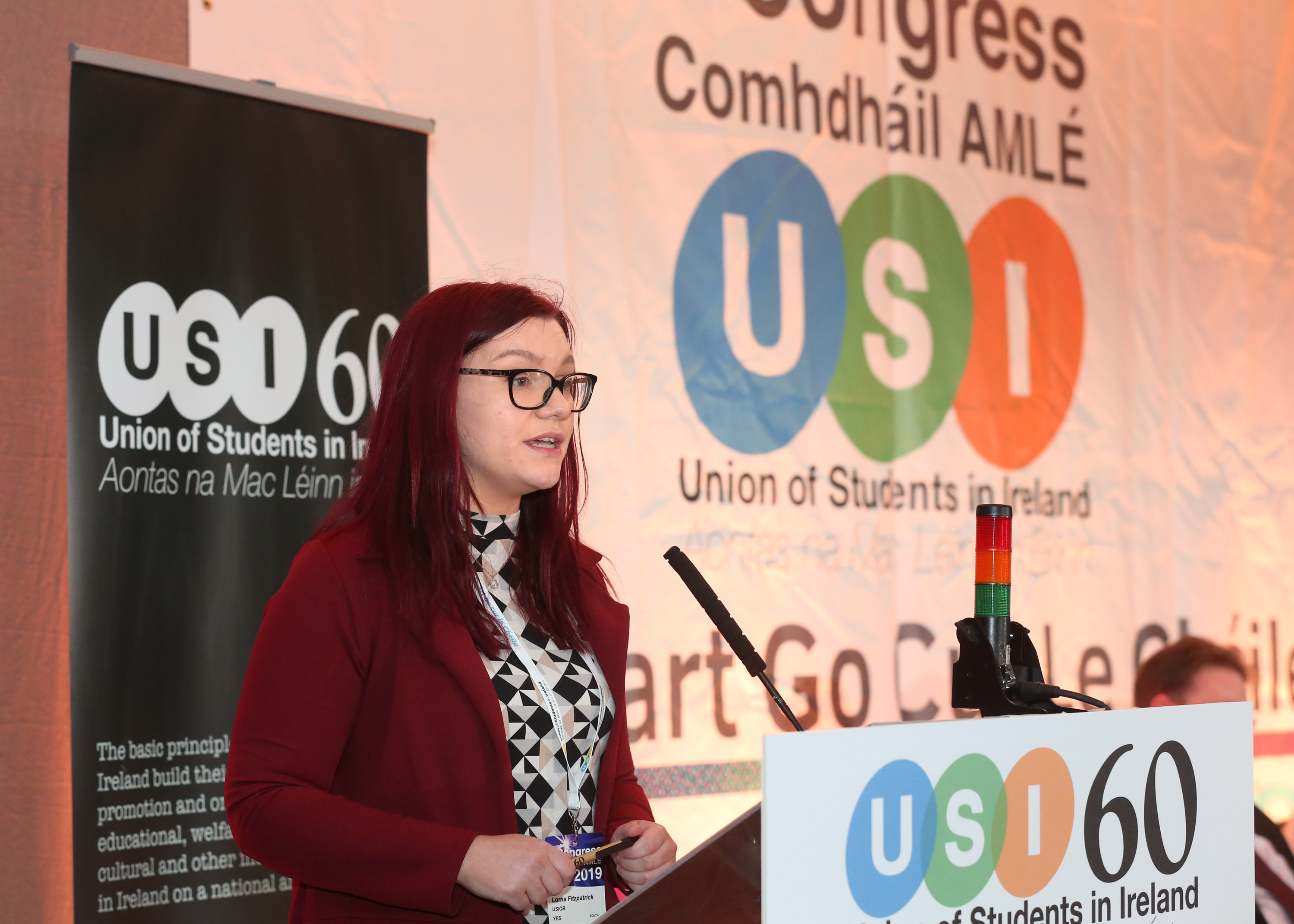 Lorna is the current USI Vice President for the Southern Region and before that served two terms as President in IT Carlow Students’ Union after a year of Deputy President for Welfare & Education.

Lorna will take the helm of the national student movement in the midst of calls by USI for a sustainable publicly funded model for Higher Education with the Taoiseach’s comments against loan schemes or increased fees in the Dáil last week, as well as a student accommodation crisis, with an estimated 17,000 beds shortfall in the system. USI are calling for rent caps to cover purpose built student accommodation.

USI President elect, Lorna Fizpatrick celebrated the win stating;
“I am absolutely delighted that the students have put their trust in me to lead this movement. I have said all throughout my campaign that we need to be strong and connected to win the fight that we face this year and im looking forward to leading our movement through that.

I thank everyone who supported my campaign and am ecstatic to be the next President for the Union of Students in Ireland.”

This role was contested by one other candidate, USI Deputy President Oisín Hassan.

Notes:
– The Union of Students in Ireland represent 374,000 students across the Ireland of Ireland
– USI’s Annual Congress is the most important decision making forum in the National Union, electing each year’s National officer executive team and setting policies affecting student welfare, academic affairs
– Motions passed this week included policies such as:
– Support for HIV Awareness campaigns
– Calls for funding and visibility on Men’s Mental Health to tackle the growing suicide rates in young males
– Support for the Decriminalisation of Drugs
– Support for Abortion Access in Northern Ireland, as well as support for the campagn for Marriage Equality in Northern Ireland
– The USI sabbatical term begins of the 1st July