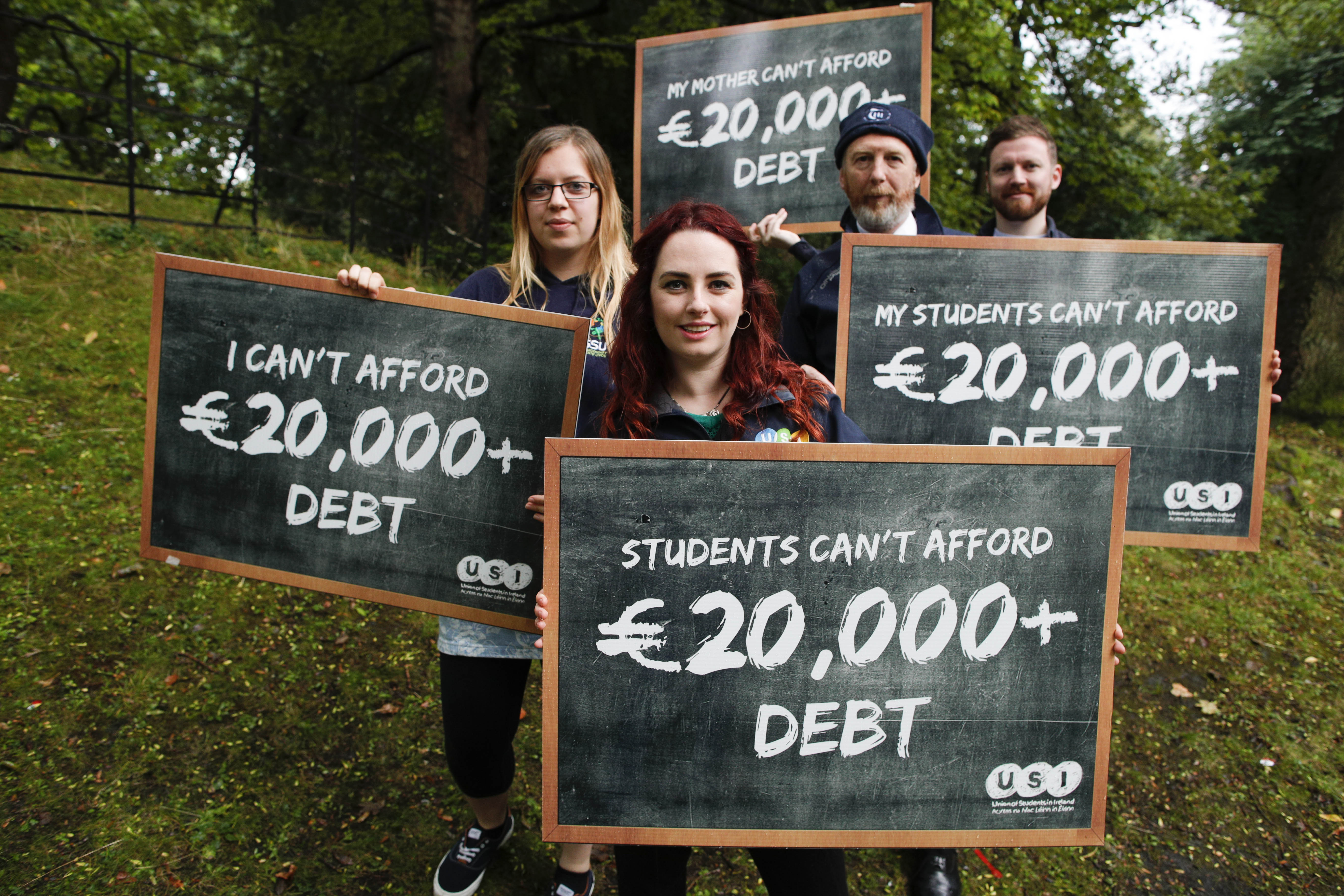 The Union of Students in Ireland has rejected claims that student loans are an effective way to fund Irish third level education.

As a technical group prepares to brief the Oireachtas on how an income-contingent loan scheme would work in Ireland, student leaders have pointed to evidence that a loan scheme would be expensive to set up, would spur on a new emigration ‘brain drain’ and would disproportionately punish public-sector employees and workers outside the highest earning professions.

Speaking in advance of the presentation to the Oireachtas, the President of USI Annie Hoey said, “Less than a month after the Larkin Report which pointed out the long-term economic and short-term financial shortfalls of an income-contingent loan scheme, the government is trying again to obscure the facts and create the impression that the only viable funding mechanism for Higher Education is a loan scheme.  The Cassells Report showed that properly tax-funded higher education is a viable option, whereas a €10bn loan scheme favoured by government right now is an attempt to borrow now and move the mess of repayment down the track.”

Expensive for the state

Just last month, a report by Dr Charles James Larkin for the Technological Higher Education Association found that an income contingent loan scheme would cost around €10bn over the first 12 years, and that only after those 12 years would incomes from loan repayments begin to significantly address the costs.

Hoey continued, “It is understood that today’s Oireachtas presentation will propose repayment terms up to €160 per month until the age of 33 – a target which is simply out of touch with the reality of graduate salaries in Ireland.  With the average salary in Ireland is around €46,000, graduate salaries in Ireland are around €28,000, and significantly lower in Dublin.  A loan scheme is likely to spur an increase in emigration from the country to avoid debt repayment – with significant economic, skills and social consequences”.

It is understood the presentation to the Oireachtas today will be predicated on a 10% non-repayment rate for loans, which USI says is hopelessly optimistic.  An Institute of Fiscal Studies report in 2016 assessed that 70% of all graduates with loans in the UK will never finish repaying their fees – with the remainder written off as bad debt after thirty years of repayments.