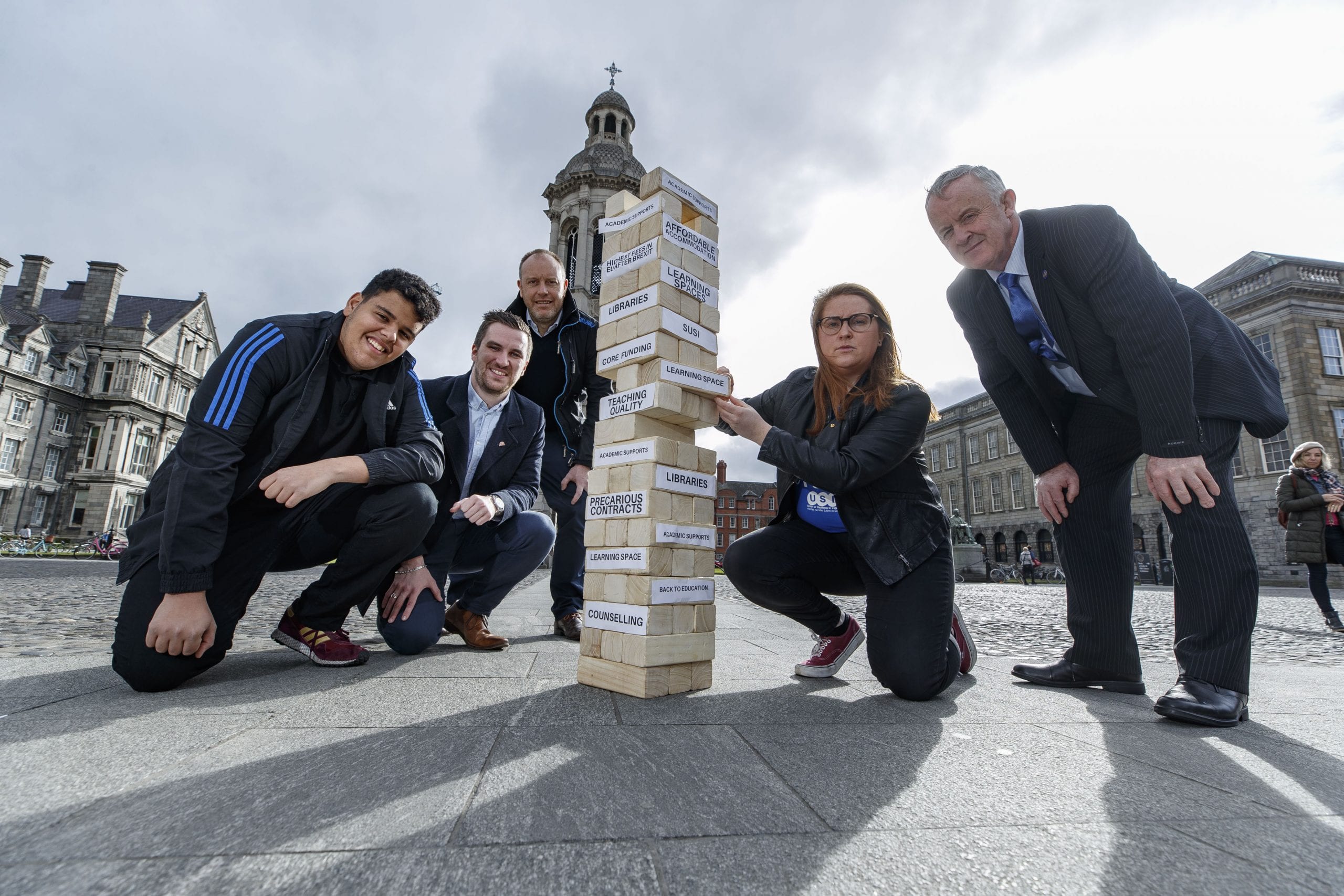 The Union of Students in Ireland (USI) have today called for the inclusion of a right to third-level education in upcoming legislation, protecting education as a public good.

The Union of Students in Ireland are calling upon the Irish Government to include the right to third-level education in the Higher Education Authority Bill 2020, currently being considered by the Department of Education. This comes after a country-wide student call for access to education, backed up by a motion unanimously passed at USI’s Annual Congress, 2019.

At present, despite universal access to secondary education, there is only constitutional provision for primary education. This is deemed unacceptable by the student movement, and the Union of Students in Ireland demand that education be treated as a public good.

“The students of Ireland have been protesting on the streets, lobbying our representatives, voicing our disappointment in the current state of Higher Education funding online and to the media, demanding the Government take action. All the while, our Government have failed to listen to our calls and make education at third-level inclusive for all through a sustainable funding model”

“The high profile Rebecca Carter case in the High Court demonstrated that access to Further and Higher Education in Ireland is under threat. The judge in the initial ruling recognised that in order to be economically and socially prosperous in today’s society, it was imperative that citizens have access to higher education. The Government, rather than act to legislate on that right, shamefully challenged the ruling.”

“Students in Ireland today face a soaring cost of living and the second highest fees in Europe, while Government has actively disinvested in third-level education. Education is a right, not a privilege. Thousands of students have mobilised against student loans, to defend the SUSI grant, and to demand that Government publicly fund Higher Education.”

“In the modern world, it is difficult and in some cases impossible to earn one’s livelihood without access to higher education and vocational training.”

This was subsequently challenged by Minister for Education, Joe McHugh TD.

The Union of Students in Ireland, alongside the European Students’ Union (ESU), are supporting the Global Campaign for Education (GCE).The GCE’s Global Action Week for Education in 2019 is taking place between the 24th of April and the 1st of May, focusing on making the right to an inclusive, equitable, quality, free public education a reality.

USI are supporting the Global Campaign today by calling for third-level education in Ireland to be protected as a right, highlighting and promoting the value of education to society.

The recent Indecon Independent Assessment of the Economic and Social Impact of Irish Universities report also demonstrated how imperative Higher Education is to future societal and economic prosperity.