There are no Grey Areas #ASKCONSENT Campaign 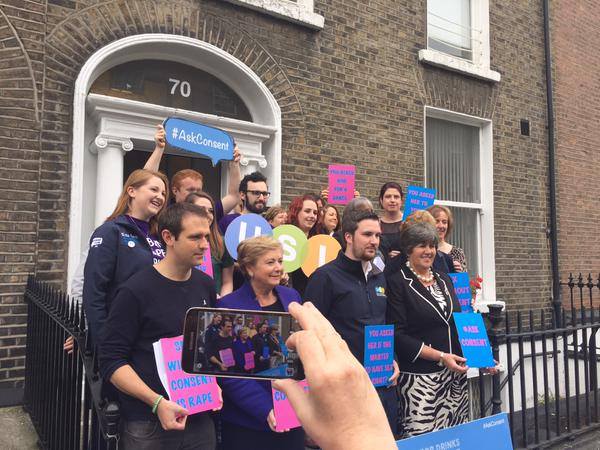 Dublin Rape Crisis Centre has teamed up with sister RCCs, the Union of Students in Ireland (USI) and the White Ribbon Campaign to raise awareness on the issue of sexual consent. The Ask Consent campaign is a three week long national public awareness raising campaign funded by Cosc, The National Office for the Prevention of Domestic, Sexual and Gender-based Violence and developed and delivered by the Dublin Rape Crisis Centre. This is an educational campaign and our aim is to get people talking, and to ask the all important question, have you asked him/her if they wanted to have sex. #AskConsent

We want this campaign to encourage conversations across the country, at dinner tables, in college campuses, in bars and restaurants, on radio and television shows, about what consent means in the context of having sex with another person and that Sex without Consent is Rape. 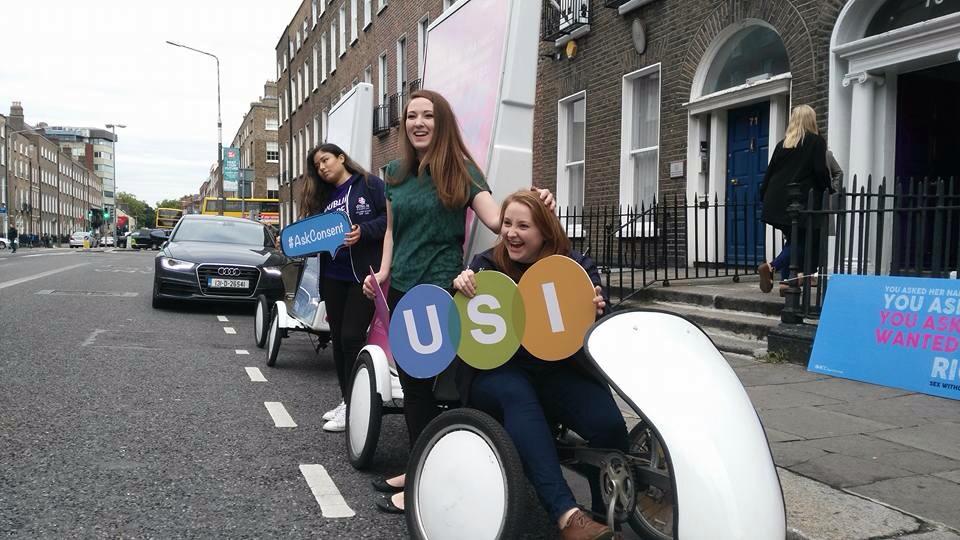 Minister Frances Fitzgerald said “I welcome the collaboration of so many organisations with the Dublin Rape Crisis Centre in this very significant, important and topical national awareness raising campaign.  .  I am delighted to have been of some assistance in funding the campaign through Cosc, the National Office for the Prevention of Domestic, Sexual and Gender-based Violence.  I am committed to doing what I can to put in place mechanisms and actions to protect and support victims and to bring perpetrators to account. In this regard I will shortly be seeking Government approval to sign The Council of Europe Convention on Preventing and Combating Violence against Women and Domestic Violence (the Istanbul Convention). I also intend to publish a Second National Strategy on Domestic, Sexual and Gender-based Violence”.
Kevin Donoghue, President of USI said “USI hopes this campaign will open up dialogue around the issue of consent both on and off our campuses. The USI ‘Say Something’ survey showed some alarming statistics, with 16% of respondents experienced some form of unwanted sexual experience while at their current educational institution. USI has been very aware of the need for comprehensive information relating to sexual consent.

We are excited to be working with the Dublin Rape Crisis Centre and the White Ribbon Campaign so as to promote consent culture, along with changing attitudes about what is and is not appropriate behaviour. Consent is a verbal and active affirmation, and this is something we need to include in our sex education and as part of our consent culture on campus. Always #AskConsent.” 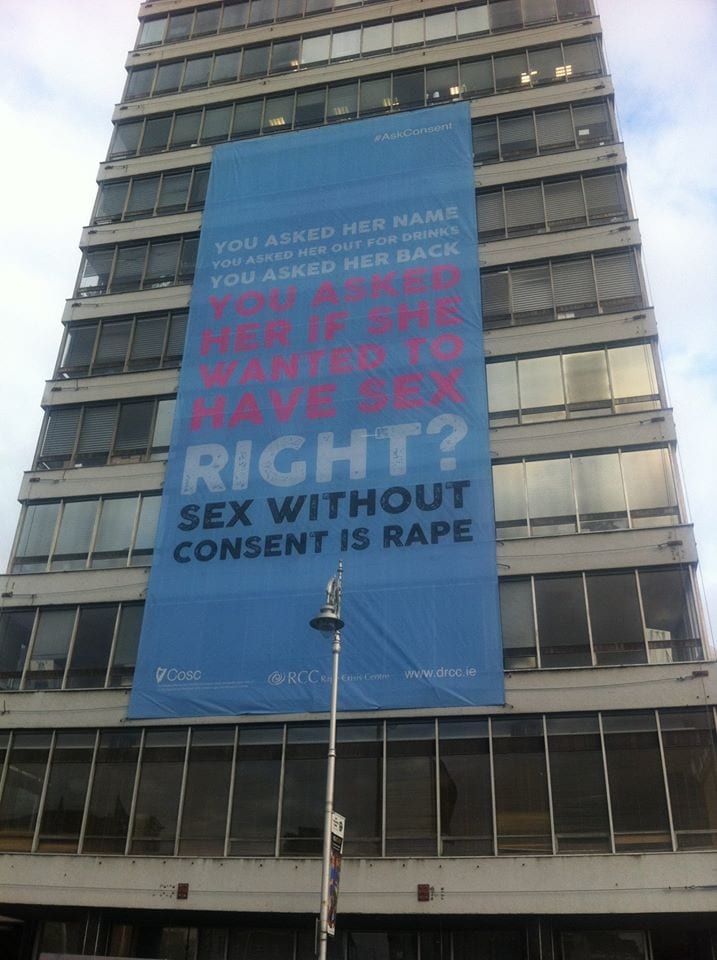 Tom Meagher of the White Ribbon Campaign said: “White Ribbon Ireland and the Men’s Development Network is proud to stand alongside the Dublin Rape Crisis Centre and the Union Of Students In Ireland for the Ask Consent Campaign. We believe that awareness and education in this area needs to be taught as fundamental and as a priority. The Ask Consent Campaign addresses this issue directly and underlines the importance of dispelling myths and ideas about ‘grey areas’ of sexual consent.

We also want to highlight that the Ask Consent Campaign clearly states that consent is not the absence of a no, but the presence of an un-coerced agreed, and enthusiastic, yes. In other words, neither partner should be in any doubt as to the willingness of the other partner before having sex. This is essential. Sex without consent is rape.”

Ellen O’Malley-Dunlop, CEO of the Dublin Rape Crisis Centre (DRCC) said; “Dublin, Galway, Tullamore and Cork’s trained RCC volunteers accompanied 108 victims of rape and sexual assault to 4 Sexual Assault Treatment Units in July and August in 2015. Research tells us that only 1 in 10 report these crimes. These most recent figures are very worrying and alarming.

In our laws the definition of the crime of rape is black and white. Sex without consent is rape. However we do not have a definition of consent in our legislation and this is something we are hoping will be included in the new Sexual Offences Bill.

We hope that this campaign will encourage everyone to have the very important conversation on what consent in a sexual context means.” 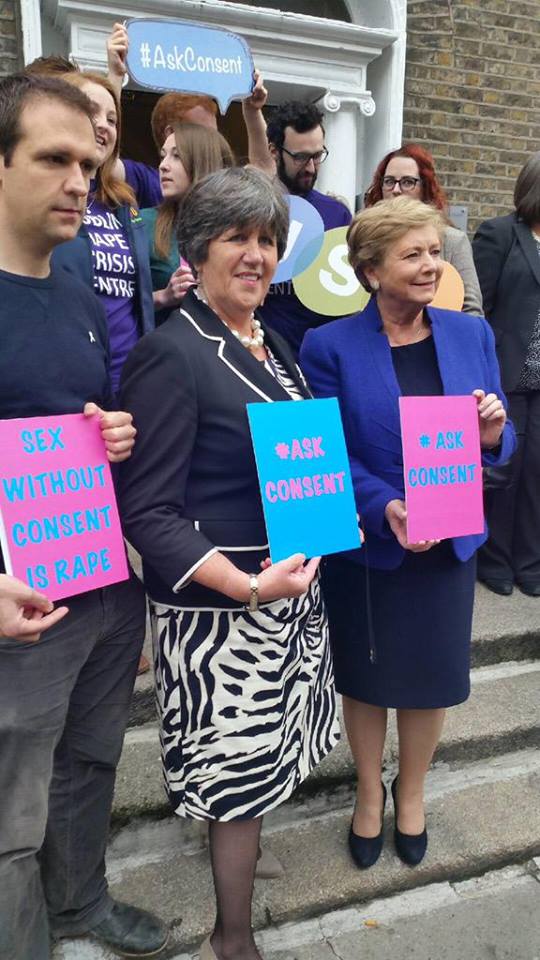