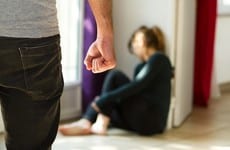 The Union of Students in Ireland will launch the ‘Say Something’ card in R Block, IT Tralee at 1pm on Tuesday the 2nd February. The ‘Say Something’ card was developed by USI from research funded by Cosc and the Department of Justice and Equality. The research examined students’ experiences of sexual violence and harassment while in college and found that 16% of students experienced an unwanted sexual experience.

The survey was completed by 2,590 Irish students and 162 International Students. 11 per cent of the Women who responded noted that they had been subject to unwanted sexual contact. In addition to that, 5 per cent of Women recorded that they were the victims of rape and a further 3 per cent were victims of attempted rape. In over six in ten cases (61% for Women, 68% for Men) the perpetrator was believed to be under the influence of alcohol.

“We hope that these statistics will shed new light on the area of violence, including physical and sexual harassment.” Kevin Donoghue, President of the Union of Students in Ireland, said “We hope this card will be an aid to students who find themselves in the position where they’re victims of violence and don’t know what to do next. We want to reverse the culture of victim blaming in Ireland and instead of blaming the victim, we want to help, support and empower them.”

There were a large proportion of victims who did not report these incidents because they were ashamed or embarrassed (29 per cent); because they thought that they would be blamed for what happened (22 per cent); or because they did not want their parents or family to find out (21 per cent).

The card is designed to provide information for students should they find themselves in a situation where sexual violence or assault has occurred. 30,000 of the cards will be delivered to students’ unions across the country over the coming weeks.

“USI are delighted to launch the Say Something cards to raise awareness of the supports available to students who experience violence.” Annie Hoey, Deputy President of USI, said, “USI also trains Students’ Unions around these issues to equip them on how to best support students. The cards will have all the information a student needs after they’ve been sexually or physically assaulted and we hope to see an increase in the number of reported incidents. According to the DRCC only 1 in 10 rapes are reported. There are a lot of different reasons for this but we hope these cards will give students the information and support they need.”

NOTES
Link to the ‘Say Something’ survey can be found here.