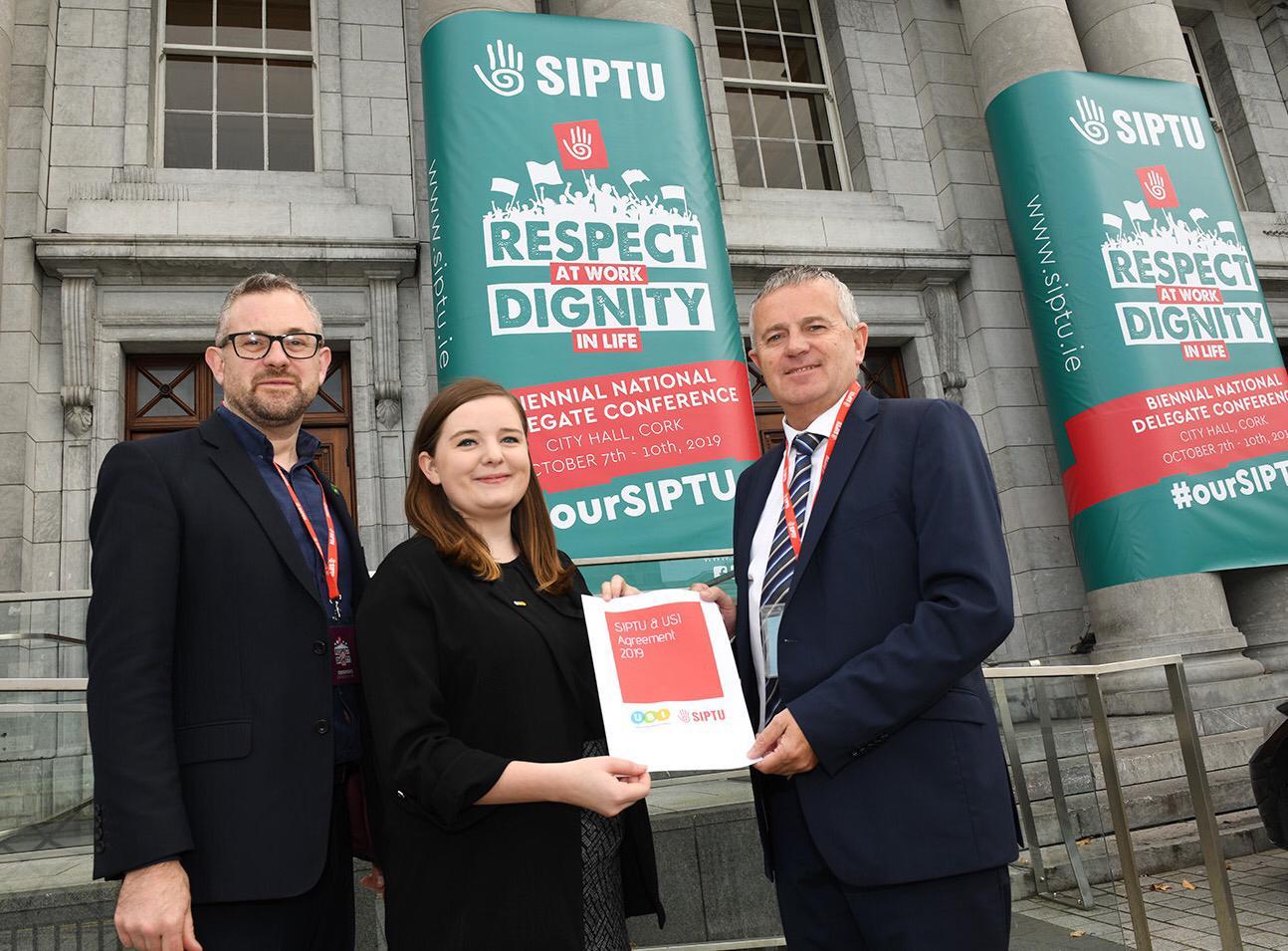 SIPTU and the Union of Students of Ireland (USI) have today (Monday, 7th October) announced the renewal of an agreement between the two organisations to facilitate joint campaigns and provide third level students with support in the workplace.

The agreement was formally announced by the SIPTU General Secretary Designate, Joe Cunningham, at the union’s Biennial Delegate Conference in City Hall, Cork. It provides for joint actions, mutual support and the development of a closer relationship between the two organisations into the future.

SIPTU Head of Strategic Organising and Campaigns, Darragh O’Connor, said: “Among the initiatives that are being launched as part of the agreement is the ability of USI members to utilise SIPTU support services in relation to issues in the workplace. The organisations will also jointly run a ‘Rights at Work’ campaign.”

“Students are the workers of today and tomorrow. Many are putting themselves through higher education by working part time jobs and once graduated all will continue into the workforce. It is important that students understand the benefits of the partnership between USI and SIPTU. All students who are members of Students Unions who are affiliated with USI will gain access to the benefits of SIPTU membership.

“Students and workers have a fantastic history of galvanising together as one force. Through the partnership of USI and SIPTU, we look forward to continuing this trend into the future. Workers’ rights are students’ rights.”

“Today, we have renewed the agreement between SIPTU and USI that has been in place for over ten years. This agreement further strengthens the relationship between students and union members. It provides the potential for even greater cooperation between SIPTU and USI and the wider trade union movement on the great issues that affect students, workers and society.”