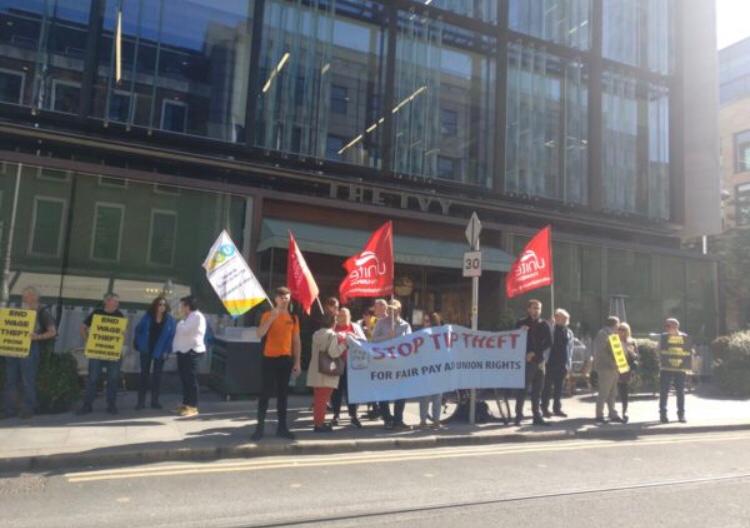 *image provided by the University Times*

USI has campaigned on workers’ rights for students and graduates in partnership with trade unions, NGOs and other groups since the 1970s.

This Wednesday, 27th November at 12.45pm, the Industrial Relations Bill to strengthen the Joint Labour Committee (JLC) system will be brought before the Seanad by Senator Ged Nash.

JLC’s are bargaining bodies in low wage sectors where the workers are insufficiently organised. Currently JLCs set minimum conditions and rates of pay for low paid sectors of the workforce. However, there has been resistance by employers to the establishment of a JLC in the hotel and hospitality industries.

The Union of Students in Ireland ran a survey last year around tipping practices in the hospitality industry of which the findings were quite alarming.

One such finding was with a minimum wage of €9.55 per hour (at the time of the survey), the majority of students are being paid just under or just over that – 34% are paid under minimum wage and 58% are paid €9.55 and €10.55 an hour. Workers also indicated that many of them do not receive contracts and highlighted varying questionable practices around tipping in their workplaces.

“This is an important bill for students as most work in the hospitality sector while studying and this JLC would allow them to bargain for better wages as a sector that is notorious for low pay, bad conditions, precarious work in an area with little union representation. Students are struggling to afford college as it is, with many of them having to work many hours to try and survive in college.

Working while studying may lead to greater absence from lectures and reduced time for personal study, which could result in poorer overall levels of academic achievement. This is supported by existing research which showed that working over twenty hours per week had a detrimental impact upon grades achieved by students.

JLCs in this area would do a huge amount to ensure the sector that most students are working in gets the opportunity to improve their pay and conditions while supporting themselves through college and beyond. This bill would provide for cases where organisations of employers or of workers fail or refuse to engage in consultation with the Labour Court.