The Union of Students in Ireland has welcomed the proposals coming into effect after the joint efforts of the INMO, SIPTU Nursing, the Department of Health, PNA, the Department of Public Expenditure and Reform, independent facilitator Mr Sean McHugh, and HSE, with supporting research done by USI to increase wages for students’ nurses and midwives. Recent research by USI found that 93% of student nurses have thought about emigrating when they qualify. USI are hopeful that this number will decrease once the pay increases come into effect on the 1st March. Student nurses and midwives are currently paid below the minimum wage at a rate of €6.49 an hour.

“USI welcomes the action by the government to relieve the strain on financially crippled student nurses,” Kevin Donoghue, Union of Students in Ireland President, said, “I read about one nursing student who was paid just €374 after tax for working 114 hours in three weeks, which equates to a mere €3.28 an hour. This change in the wage increase means that student nurses and midwives a more secure financial position.”

“While we are happy at the progress made, we are disappointed that the same incremental credit could not be applied to those who have qualified since 2011; and from whom it was removed, but acknowledge that the Department of Public expenditure and Reform has agreed to set up a review of the effects of the reduction of this incremental credit on the ability of the Health Services to retain and recruit qualifying nurses and Midwives.” Phil Ni Sheaghdha, the Director of Industrial Relations at the INMO, said. “There is a lot more work to be done for student nurses and midwives. The unions are completely committed to fully engaging with the Department of Public Expenditure and Reform and the Department of Health in order to secure incremental credit for these categories of nurses, to ensure they receive the same benefit as those qualifying in 2016.” 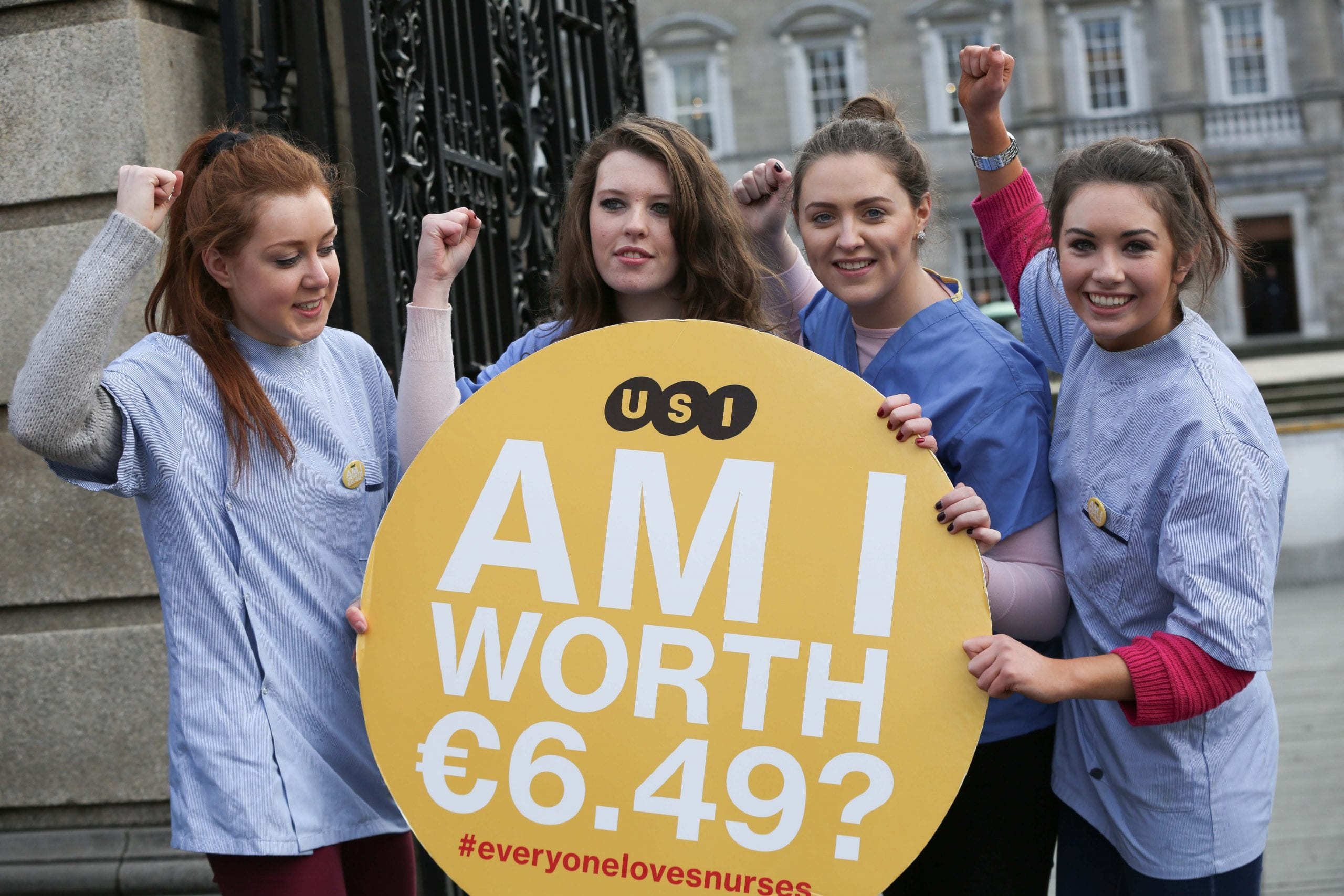