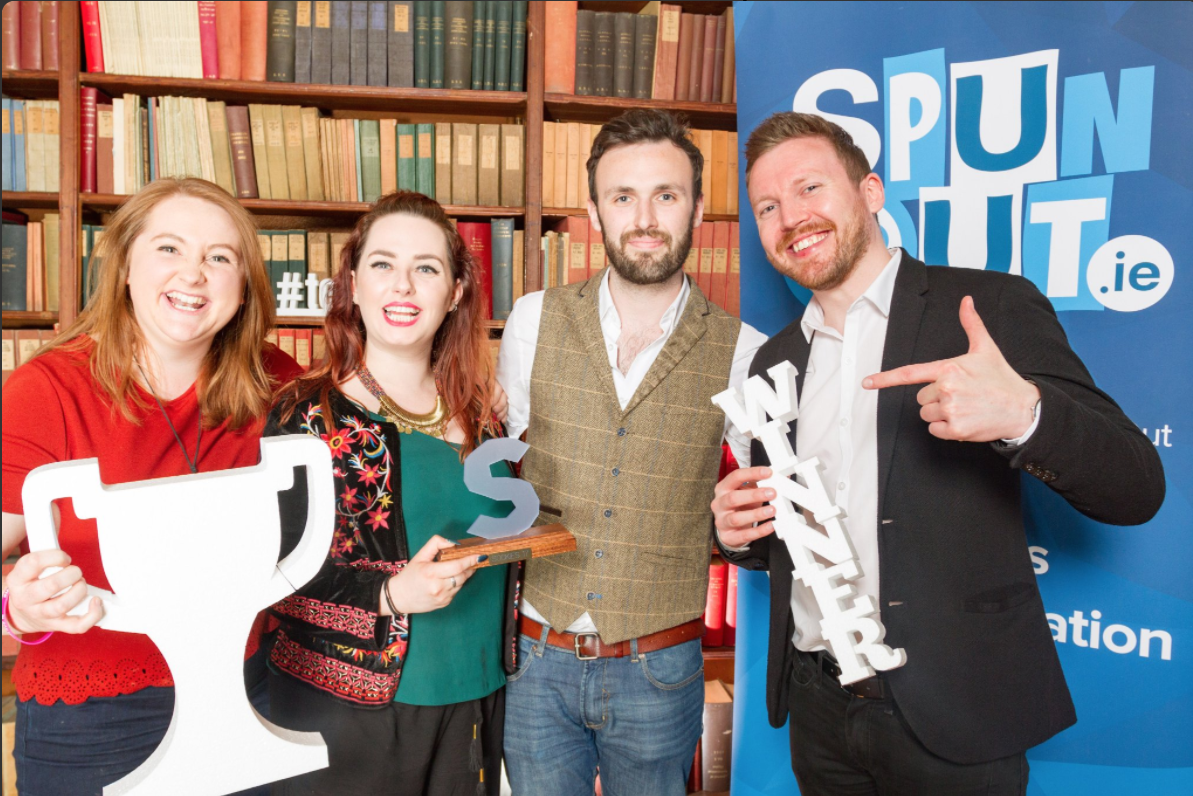 On the 25th of Mat 2017, the Union of Students in Ireland (USI) scooped up the award for Best Zero Budget Social Media Campaign sponsored by SpunOut.ie at the Social Media Awards Ireland in the RDSwith USI’s housing campaign #HomesForStudy. This is the second year in a row winning this headline award. USI were finalists in the Best Twitter Campaign and Best Twitter Account for a Non-Profit categories at the night.

USI President Annie Hoey said, “#HomesForStudy is a campaign that used social media to help students without homes find a place to live during college. Matching students up with homeowners with spare rooms was the overall goal. We issued media packs and over 100 sample posts to 26 Students’ Unions and organisations like RTB, Threshold and SpunOut.ie to spread our campaign to different audiences. We used images, polls, videos or quote tweets to make our commentary real-time and engaging. We used TweetStorms during the heavy media campaign to bring the conversations on the housing crisis from traditional media onto Facebook, Twitter and Instagram”.

USI Vice President for Campaigns, Daniel Waugh said, “On Twitter, the campaign reached 294,790 people and made an overall impression of 1,357,345 with an average Engagement Rate of 1.8%. On Facebook, we reached 464,000 people and made an impression of 1,087,345. We also received €49,000 funding for a new staff member as a result of our digital campaigning. We got a total of 298 media mentions and overall readership of 26m. The power of using social media to your advantage is there and taking the opportunities presented to you can help”.

Through Twitter, #HomesForStudy garnered national and local media attention by being the first port-of-call for journalists to get the scoop without sending a single press release for stories of students who were homeless. With a membership of 354,000 students all over Ireland USI use Twitter to show each member what is being done, how it’s being done and when. USI won the title of Best Zero Budget Social Media Campaign in 2016 with the campaign #RockTheRegister.