Free Education is a Viable option at Third Level

The Union of Students in Ireland has claimed that it is no longer reasonable for political parties to pretend free third level education is not viable. It comes on the wake of reports that the Cassells report on Higher Education Funding will include free education as one of three options to be considered by the next government. 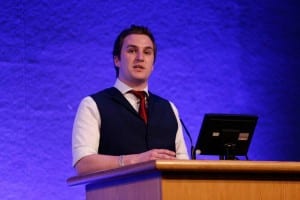 “Political parties struggled to show real leadership on the issue of higher education funding prior to the election,” said Kevin Donoghue, USI President. “Most of them were concerned about the implications of talking about increased fees or loans before a public vote.”

USI has maintained that Higher Education should be free and that Ireland should follow the example of some of our continental EU partners as opposed to introducing the much touted loan scheme.

“Sweden can do it, Germany can do it and now the Cassells report is saying we can do it. The writing is on the walls and in the paper – free education is a viable option and not the pipe dream so many people would make it out to be.”

Donoghue maintains that politicians should be delighted at the news. “Time and again politicians have argued that free third level education would be great if it was viable. Well now we are being told that it is.”

USI is calling on political groups to ensure that a move to fully publicly-funded education is included in programme for government. “Considering our reliance on a highly educated work force for economic growth, the value it brings in a social and economic sense, and the opportunities it creates where there otherwise might be none it is crucial that we secure investment in the sector now.” said Donoghue.