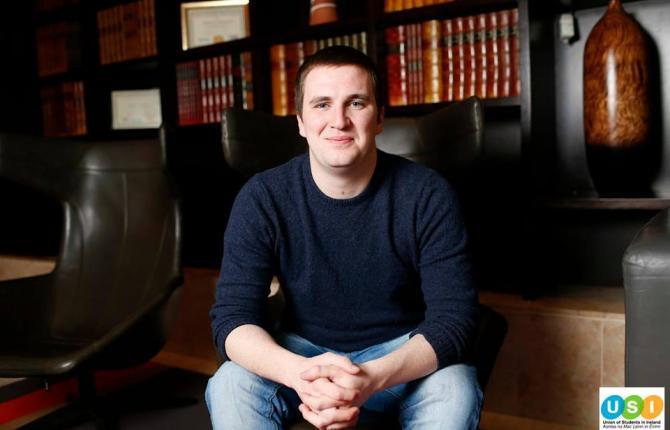 The Union of Students in Ireland is calling for a change in the way the Irish language is taught at primary, secondary and third level. The union’s annual congress, held from the 21st – 24th March in Ennis, passed the motion that the VP for the Irish Language will direct a study, in collaboration with the relevant Irish language organisations and teachers’ unions, teacher-training colleges, between students, teachers, and others, to publish a collaborative report that would set out a progressive, comprehensive, and multilateral strategy regarding the teaching of Irish at primary and post primary level.

USI spoke about the long-term failures surrounding the teaching of Irish at primary and post primary level, as well as he lack of a united and collaborative effort to find a solution to these failures. Congress condemned the impact that this has had, in the absence of clearly defined policy that would improve the teaching of Irish, which the relevant Irish language and educational groups could support.

“The way Irish is taught in schools isn’t working,” Kevin Donoghue, USI President, said, “There needs to be more of an emphasis on the spoken language. Fluency is best reached through submersion, which is why we’re recommending all students go to the gaeltacht. USI is concerned about the teaching of the Irish language at secondary level in Ireland and noted that many students believe that the Irish language is not “taught as a language” and that too much focus is put on literature instead of the oral practice. Congress believed that the teaching of Irish “as a language” would aid greatly in the enjoyment of the language at secondary level and that students would have a greater degree of fluency in the language leaving secondary level. While congress acknowledges the changes recently made to the Leaving Certificate Irish curriculum which places a greater focus on the spoken element of the course, they mandate that the VP Irish Language should build a strategy for the teaching of the Irish Language at secondary level with a view to having more students confident in the Irish language, with verbal fluency achieved through submersion by time spent in the gaeltacht.”

The Common European Framework for Languages (CEF) provided a guideline as to the proficiency of language learners across Europe which emphasised the importance of the oral side of a language to improving fluency. USI said the changes in the leaving certificate in giving a higher emphasis and ratio in the examination process on the spoken word and the changes in the teaching structure are going in the right direction but need to be improved to be a more attractive subject to students.

“While Irish students across the country are patriotic and proud of their native language, it is not as widely spoken across the Ireland as it should be,” Donoghue said, “Gaeilge is a vibrant expression of our unique national culture, history and identity. The most essential differentiating characteristics of a culture are oftentimes contained within its language. Gaeilge, therefore, plays a paramount, pivotal role in the Irish cultural identity and it is a cherished core of all that is truly Irish. USI acknowledges how vital it is for us to do everything we can to preserve, nurture and extend the Irish language to students across Ireland.  Because of this, we voted in Congress in favour of the Vice President for the Irish Language to lobby the department of Education and Skills to implement the CEF guidelines in relation to the examination of the Irish language at post-primary level.”