The White Rose: Student solidarity can shine a light in the darkest of times. 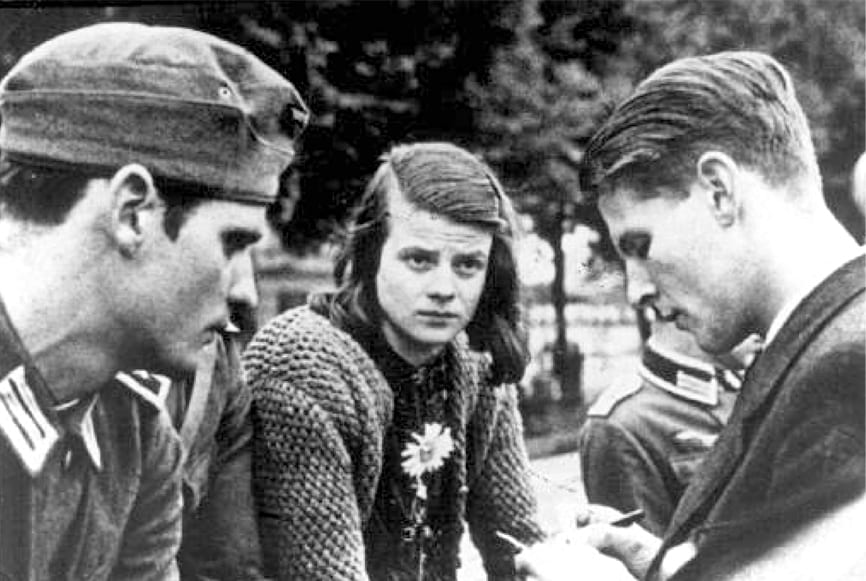 Holocaust Memorial Day takes place worldwide on the Sunday closest to 27th January every year. The day itself serves as a much needed highlighter of all forms of intolerance. Within the struggle of the oppressed people living under Nazi rule, there is a story for student circles worth reflection upon.

Students’ unions have long espoused a view that we are not merely self-serving entities. Aside from trying to create education system we need, we also try to act as a social conscience, shaping the society that we believe in. In the summer of 1942, Nazi rule was engrained into practically every aspect of German society. All levels of education and conditioning of the youth were no different.

Membership of the Hitler Youth and the League of German Girls was mandatory. The University of Munich, like the rest of the education system, was a place where academic freedom was practically non-existent. The atrocities of Hitler’s tyranny speak for themselves but within all of the darkness and despair, a small number of students from various walks of like and different religions came together to organise against them. The group became known as The White Rose (die Weisse Rose).

The first reference to this group that I came across was in a German Literature class a few years back, when our lecturer showed us Sophie Scholl: The Final Days, a re-telling of the story of the The White Rose through one its’ front members. As long as you’re happy to deal with subtitles, it’s definitely worth taking a look at. As racial tensions and inequality appear to be on the rise across the continent, I may go back and watch it again for a timely reminder of what real student activism and courage looks like in the face of the strongest adversity. Our student movement can only be strengthened by bearing in mind past instances of student activism in the face of fascism.

Shortly after the group started to organise, some members of the group were forced to serve time with the army for a small period. This only copper fastened their outright rejection of fascism and despite the odds being immeasurably stacked against them, saw fit to speak out against Hitler’s dictatorial and barbaric rule.

In the end, most of the group were found out, put before trial and executed for distributing anti-NSDP leaflets, urging peaceful resistance to Hitler’s regime. A simple blog alone cannot do justice to their heroism in my eyes. Sophie Scholl was 21 years old when her, her brother Hanz and their comrade Cristoph Probst were indicted. Her and her group may not have fought with the allies on VE Day and their resistance may have only last a number of months, but how The White Rose went about its business is less important than the reasons why. Our role as a social conscience cannot be underestimated. It can however, be under utilized. We’re not exactly staring Hitler’s Storm Troopers in the face but it’s hard not to be inspired by the story of the White Rose.

“Freedom and honor! For ten long years, Hitler and his associates have abused, stomped, and twisted these two glorious German words till they are loathsome. Only dilettantes are capable of doing this, dilettantes who cast the highest values of a nation before swine. Over the last ten years, they have more than shown us what freedom and honor means to them – they have destroyed all material and intellectual freedom and all moral substance in the German people. The terrible blood bath that they have caused in all of Europe in the name of the freedom and honor of the German people – a blood bath that they cause anew every day – has opened the eyes of even the stupidest German.

The German name will be forever defamed if German youth does not finally arise, avenge, and atone, if he does not shatter his tormentor and raise up a new intellectual Europe.

Students! The German nation looks to us! In 1943, they expect from us the breaking of the National Socialist terror through the power of the spirit, just as in 1813 the Napoleonic [terror] was broken. Beresina and Stalingrad are going up in flames in the East, and the dead of Stalingrad beseech us: “Courage, my people! The beacons are burning!” Our nation is awakening against the enslavement of Europe by National Socialism, in a new pious  revival of

(An excerpt from Prof. Kurt Huber’s sixth and final leaflet which was distributed en masse in the University of Munich on February 8th source: www.whiterosehistory.com)