The Union of Students in Ireland has launched its online SHAG (Sexual Health Awareness Guide) week, urging young people to get into the habit of getting tested regularly, after a HSE report showed an increase of 22.1% in Syphilis from 2014 to 2015. Early infectious syphilis diagnoses were 2,290% higher in men than in women with 24 men diagnosed per woman.

“We are urging students and young people to look after their sexual health.” Annie Hoey, USI President, said. “This means getting tested regularly and using condoms and dental dams to protect themselves from the risk of contracting an STI. Getting tested is quick, painless and usually free, at college health clinics, GUM clinics and sexual health clinics.” 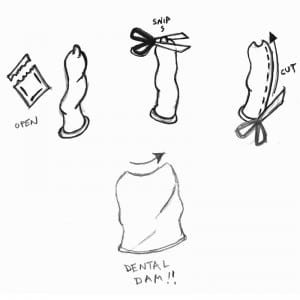 The union, which represents 354,000 students across the island of Ireland, has emphasised that early detection and treatment of STIs is absolutely vital to minimise the possibility of any long-term health damage.

As part of the SHAG week campaign, USI has also updated the website shag.usi.ie with information on types on contraception, how to use contraception, details on emergency contraception and the importance of safe sex.