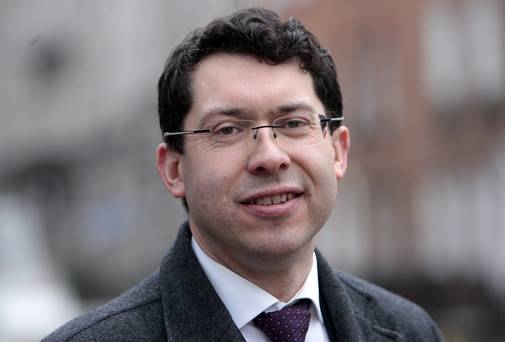 The Union of Students in Ireland has criticised Senator Ronan Mullen’s recent interruption of the same sex marriage bill as it passed in the Seanad, and said it will consider running someone against him if he continues to represent hateful views. The USI also criticised Senator Mullen’s stance on abortion, saying his comments were unfounded and inaccurate.

Over 10,000 women joined the March for Choice in Dublin on Saturday the 26th September. Despite this, Senator Mullen spoke about the “grizzly realities” of abortion and said “the momentum to further legalise abortion in Ireland is largely a media swell rather than any ground swell, as the rather modest turn out at the protest showed.”

Ronan Mullen was elected to the Seanad in the National Universities of Ireland constituency in July 2007. Every University and college across Ireland that held a referendum on their stance on the subject of same sex marriage voted yes.

“Senator Ronan Mullen is no stranger to controversy,” Kevin Donoghue, Union of Students in Ireland president, said, “But his uncompromising, enduring and extremely vocal views on major social and political issues such as same sex marriage, civil partnerships, abortion and his opposition to the Children and Family Relationships Bill, are extremely damaging and hurtful to young people. His association with the Iona Institute, who rely on invalid interpretations of data to back their claims, reduces his credibility as a public representative.

“Not representing the people who elected him is disrespectful and undemocratic. His recent comments are inaccurate, inhumane, crass and cruel. The Union of Students in Ireland represents 354,000 students across Ireland and because the National University of Ireland and Trinity vote for 6 of the Seanad seats, we do not want to be affiliated with hateful views that are contradictory to what we support and believe in. Because of this, we will consider running someone against Senator Mullen if he continues to represent hateful and outdated views.”