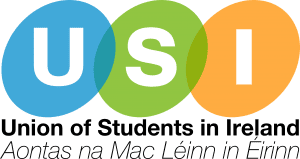 The Union of Students in Ireland and Mental Health Reform will be joining outside the Dáil (Kildare St. Entrance) tomorrow, Thursday, April 28th at 12.30pm to protest against the mental health budget diversion of €12 million and to ensure mental health is a priority for the next government.

“Students and young people have been repeatedly told there isn’t money to invest in the services they need – be it education, decent work or anything else.” Kevin Donoghue, USI President, said. “We’ve had the word ‘recovery’ jammed down our throats for 12 months and now they are stripping funding from a vital, under supported service. The damage this will cause is irreversible. At the end of the day access to these services is vital in saving lives. When someone knocks on a door for help, we need to be sure that it is answered. Adequate funding is essential for these services so that those in need can access support and those working in the sector are not over-worked and under-resourced.”

Mental health difficulties are an issue of inequality. Probable mental health problems are considerably higher among people living in deprived areas (13%) compared to the overall population (5%), according to the Healthy Ireland Survey.

Shari McDaid, Director of Mental Health Reform, said: “We’ve seen general acknowledgement from all political parties on mental health, but what we really need now is effective action to ensure mental health is a priority for the next government. Mental health difficulties touch people of all ages and backgrounds, and Ireland’s rate of suicide is still worryingly high. Politicians need to realise that mental health is an important issue for hundreds of thousands of people in Ireland and deliver on their long-standing promises”.

The number of suicides has remained high with between 495 and 554 deaths per year from 2009-2012. Ireland has one of the highest rates of male suicide in Europe. There are 11,000 presentations to A&E for self-harm annually.

USI and Mental Health Reform are inviting the public to join them outside the Dáil (Kildare street entrance) tomorrow at 12:30pm to protest against the mental health budget diversion. Kevin Donoghue, USI President, and Shari McDaid, Director of Mental Health Reform, will be available for comment and interviews.