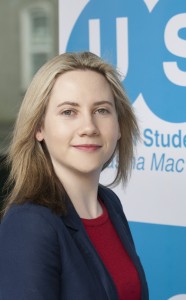 Laura Harmon is the new USI President for 2014-2015. Laura has been the USI VP for Equality and Citizenship for the past two years and is a UCC (University College Cork) alumnus.

“It is an absolute honour to begin my year as USI’s President and I look forward to working with the new team. We will work together with Students’ Unions across the country to improve the student movement and our society as a whole.

USI will campaign against zero hour contracts and for a living wage to be introduced in this country so that people can work to live as opposed to work to survive.  USI will continue to work with trade unions and organisations that have similar values to achieve our collective goals.

As USI President I will ensure the student voice will be at the forefront of social justice and social change. Our recent Lobby of the Oireachtas on Social Issues highlights our social policy priorities and principles.

USI marched proudly with our members and LGBT societies in the Dublin Pride Parade last Saturday. Equal access to civil marriage in Ireland is a civil rights issue of our generation and students will be a leading voice in the 2015 marriage equality campaign. USI will continue to fight for those who are under-represented and marginalised in our society”.

Kevin is from Doocastle in Mayo. During his time in Galway Kevin was involved with the Witless music event and served as both the Arts Convenor and Postgraduate Officer in his Students’ Union. An enthusiastic and animated student activist he considers his time as Class Rep to be one of the most rewarding experiences of his time in college. 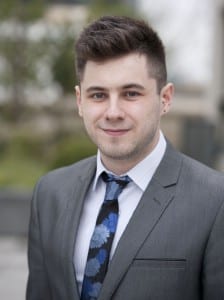 Glenn has been active in student politics for the past few years and was previously DITSU President 2013-14. Glenn hails from Blessington, Co. Wicklow. 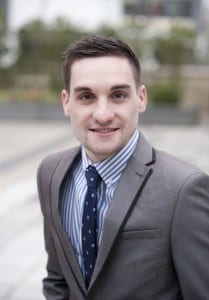 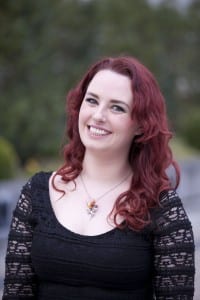 Feidhlim Seoighe USI’s is an NUI Galway Law graduate, who also holds a diploma in Legal Irish. Formerly Oifigeach na Gaeilge in NUI Galway Students’ Union, he is an enthusiastic student activist, and a passionate Irish speaker. He will work to encourage students re-engage with the Irish Language, in a fun and sociable way.

The position of the LU Gaeilge, is an extremely valuable aid to member organisations of USI, as regard to the promotion of the Irish Language among the student population. 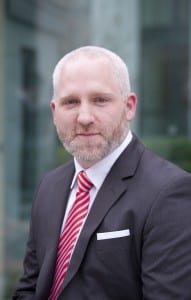 Vice President for the Border, Midlands and West Region

USI Vice President for BMW (Border, Midlands and Western) Region Conor Stitt, from Terryland, Galway. Graduated this year from NUI Galway with a Postgraduate in Law. 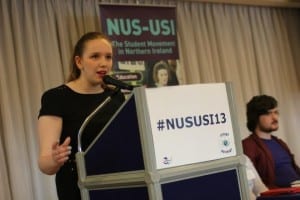 Rebecca is the President of NUS-USI, which places her on the Officer Board of the Union of Students in Ireland as Northern Area Officer, and the National Executive Committee of the UK National Union of Students.  She’s 21 years old and a graduate of Queen’s University Belfast.