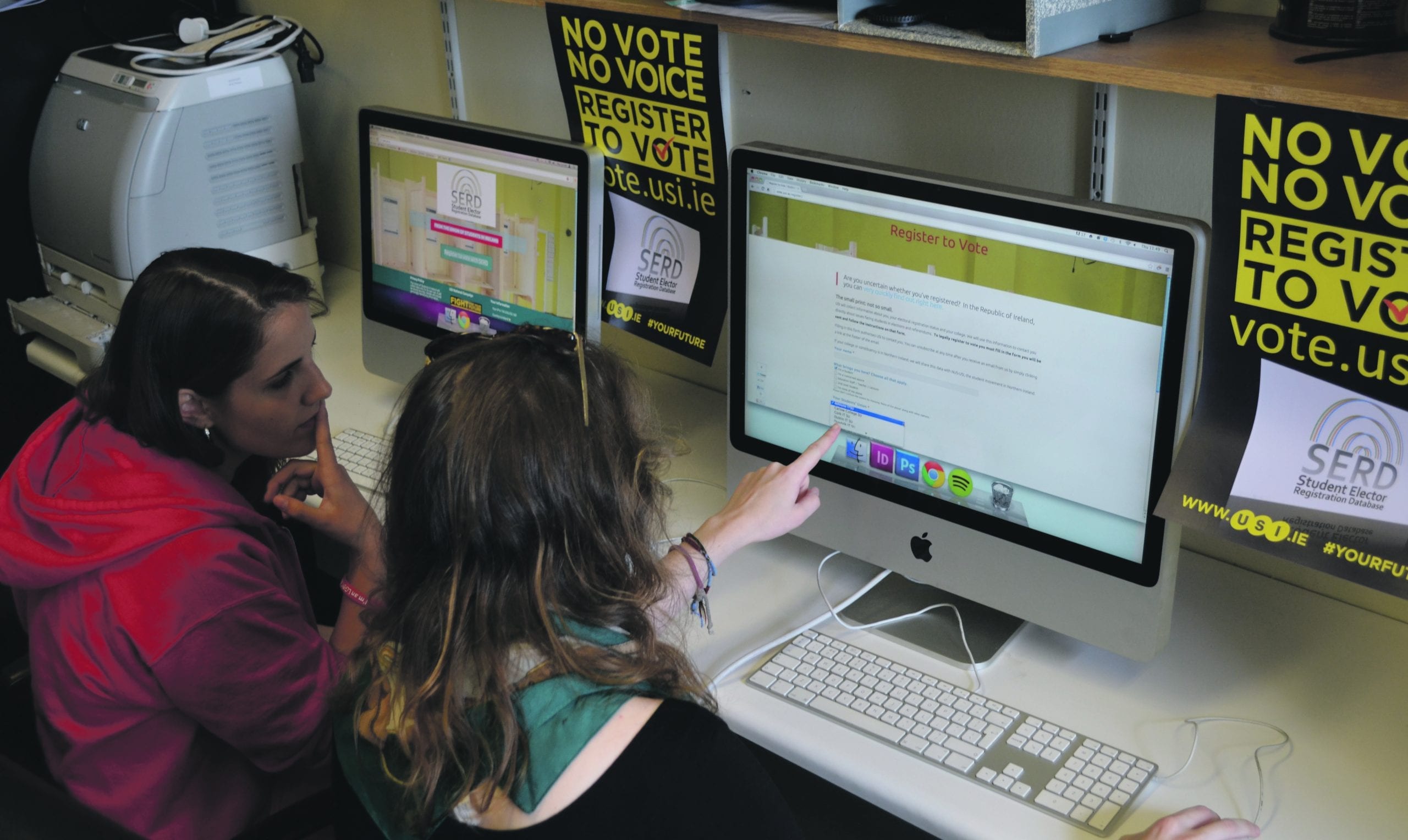 A block of 10,000 student voters will be mobilised to vote ahead of the Seanad referendum in two weeks’ time.

The Union of Students in Ireland (USI) warned the Government today (Thursday), that students are ready to demonstrate their electoral power in the upcoming Seanad referendum.

With voter registration drives underway on campuses across the country, USI expect to have 10,000 students registered on the Student Elector Registration Database (SERD) by polling day on October 4th.

Students who sign up to the database will be contacted by USI encouraging them to vote in the referendum and setting out USI’s position. USI is encouraging students to vote ‘No’ to the abolition of the Seanad, to provide a mandate for real and meaningful political reform.

USI’s reform proposals can be found in the ‘Free Our Voice’ policy paper launched last week. Proposals include an emigrant panel to give a Seanad vote to the thousands who have left our shores and a voter for every third-level student or graduate.

The positive response to the voter registration drive even in its infancy means that a projected 80,000 students will sign up to SERD by next year’s local and European elections, representing thousands of votes in every constituency.

Joe O’Connor, President of the Union of Students in Ireland, said:

“Failed economic policies, broken promises and parochialism have led to a sense of disillusion with the political system, but abolishing the Seanad does nothing to fix our broken democracy.

“USI believes the Seanad can be and should be reformed as part of a wider reform of our political structures, and is calling for a NO vote in the upcoimng referendum.

The mobilisation of student votes in the Seanad referendum is just the beginning. Decisions made by this and any Government will be held accountable by the students of Ireland using our new SERD technology.

The gap between the cost of college and student supports has already become unbearable for many families. After four years of cuts, families depending on the maintenance grant can take no more.

In the upcoming budget, politicians must be aware that any attempt to target hard-up students and parents will be met with action at the ballot box.”