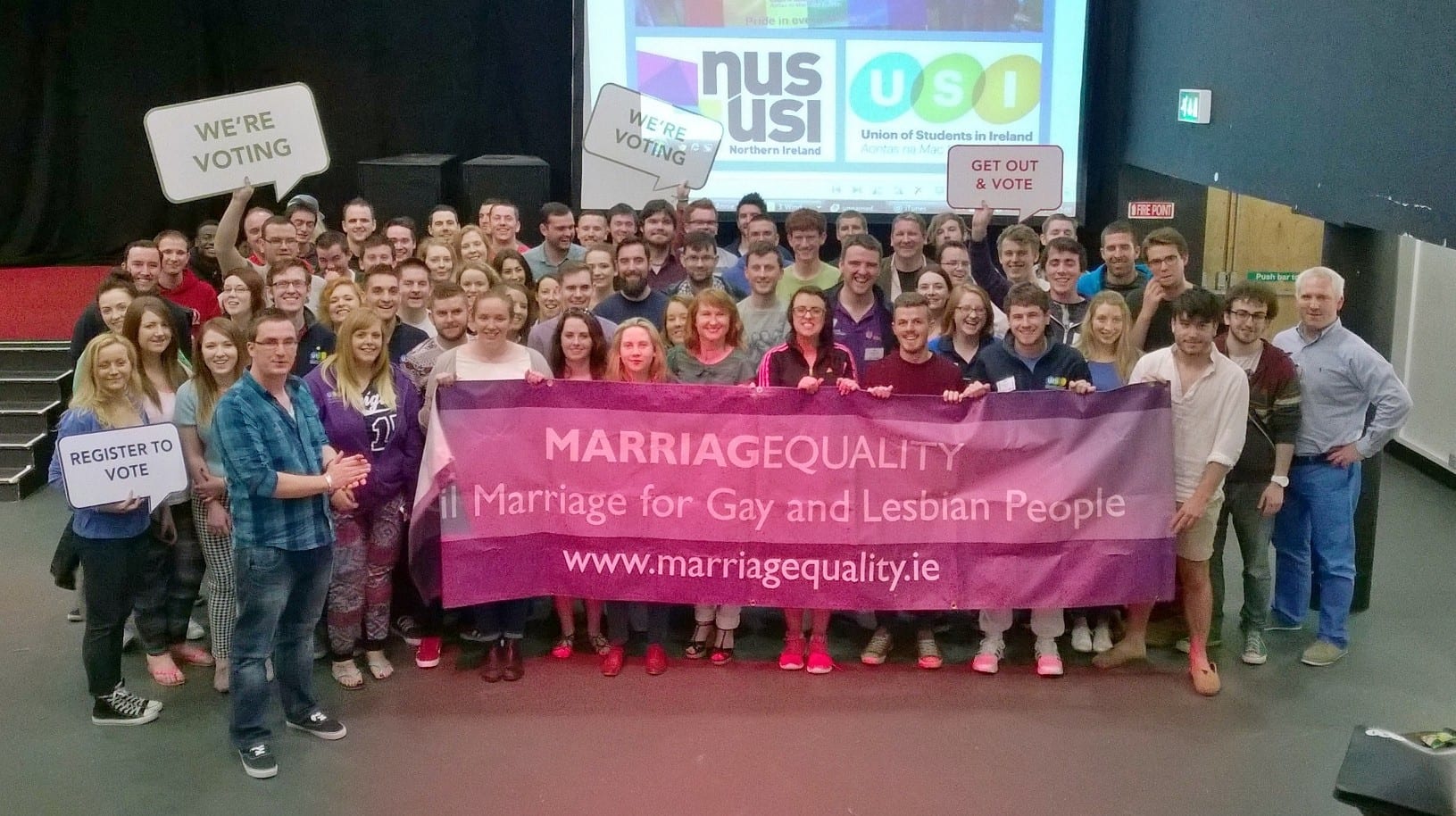 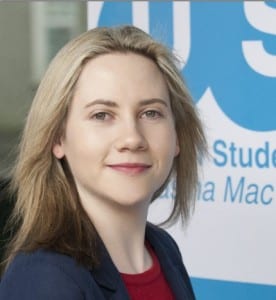 Yesterday, USI welcomed the Government’s commitment to holding a referendum on equal access to civil marriage in 2015. According to media reports,  early May has been provisionally set by the Government as the timeframe for the vote.

USI has always advocated that April would be a more suitable time for students as it takes account of the reality that May is exam time for most students. Friday the 24th of April would be an opportune time to hold this referendum and it would allow us to capitalise and deliver a higher student turn-out. The 1st of May is also a Friday and would be far more preferable than later in May. If the Government want this to pass, then they need to be practical when selecting a date.

It cannot be discounted that during this semester USI students’ unions and LGBT societies registered more than 20,000 students to vote. 20,000. Considering the referendum on divorce was passed by less than 10,000 votes – it’s fair to say that students and a medium sized college have the power to sway this referendum. It is particularly crucial that we maximise student turn-out when we know from poll after poll and referendums that were held on campuses that young people are more in favour of marriage equality than older generations.

Over 90% of students are in favour of marriage equality.

To hold this referendum any later than May 1st would be an act of folly on the part of the Government – none of us want to be watching the votes coming in wishing that more people could have voted yes and by holding it at an opportune time for students, USI will deliver on our promise of a higher percentile turn-out from that demographic.

There is a hunger among the student body to be involved and to take a leading role in this referendum campaign.

For the student movement, it isn’t just about passing this referendum – it’s also an opportunity to dispel once and for all the myth that students and young people aren’t engaged in political issues or that they are apathetic. A high youth turn-out in this referendum will make students and young people a core demographic to be truly considered and reckoned with in the General Election vote, whenever that may be called.

The referendum campaign doesn’t belong to any one section of our society or to any one organisation. It belongs to Ireland and we all have a responsibility to engage with it. It’s important also that the discussions and debates in the media that will ensue aren’t dominated by older voices. Young people need to be at the heart of these debates and discussions.

As someone who identifies as gay myself – I can only imagine the gravity of effect and the powerful message that passing this referendum would have had on me if it had passed when I was a closeted secondary school student. If we pass this referendum, it will send a clear and unequivocal message to LGBT young people that they are valued the same as everyone else in society, that they can aspire to have the same dreams and goals as everyone else in our society, that the law protects them and that their love is not shameful or something to be hidden away. All love is worthy of celebration.

If this referendum does not pass it will send us many steps back. It will cause enormous damage to the morale of equality campaigners. It will re-affirm the discrimination that currently exists and send a message to LGBT young people that they cannot aspire to have the same quality of life as their peers in Ireland. And from an international perspective, it will boost the anti-equality morale that exists elsewhere and dent the global momentum for marriage equality.

Marriage equality is certainly not the last equality issue and it is disheartening to hear it being described occasionally by some commentators as the last equality milestone  of our time. It will be an immense step and it will change people’s lives for the better but it is not the last equality issue. Gender recognition, the 8th amendment, ending direct provision, equality of access to education, the right to a roof over one’s head, racism, sexism – these are just some of the other issues and there is often an intersectionality between all of them.

It’s important to recognise that every right we have was fought for and won. USI has been campaigning on Lesbian, Gay and Bisexual (Trans issues became a key campaign later) since the beginning of the gay rights movement in Ireland and we will continue to be until LGBT persons are equal in our society. In the early 1970’s, USI passed official policy on decriminalisation of homosexuality and students were very active in the campaign to decriminalise homosexual acts in the lead up to 1993.

The student movement was one of the first groups to campaign on these issues with student lesbian and gay societies being founded in colleges in the 1970’s and 1980’s. We’re fiercely proud of our record on campaigning for equality issues in our society and our membership have time and time again given us a mandate to do so.

I don’t think any of us can fully comprehend the historic moment in 2015 when it finally arrives– the meaning and real impacts this will have on the lives of people, the emotions, the celebrations. If we pass this referendum, it will be a proud moment for Ireland. Let’s not underestimate the opposition or the task at hand. Decisions are made by people who show up.  For this referendum to pass, to allow us the optimum opportunity to win –a day needs to be set so that the students in Ireland can vote in the highest numbers possible.