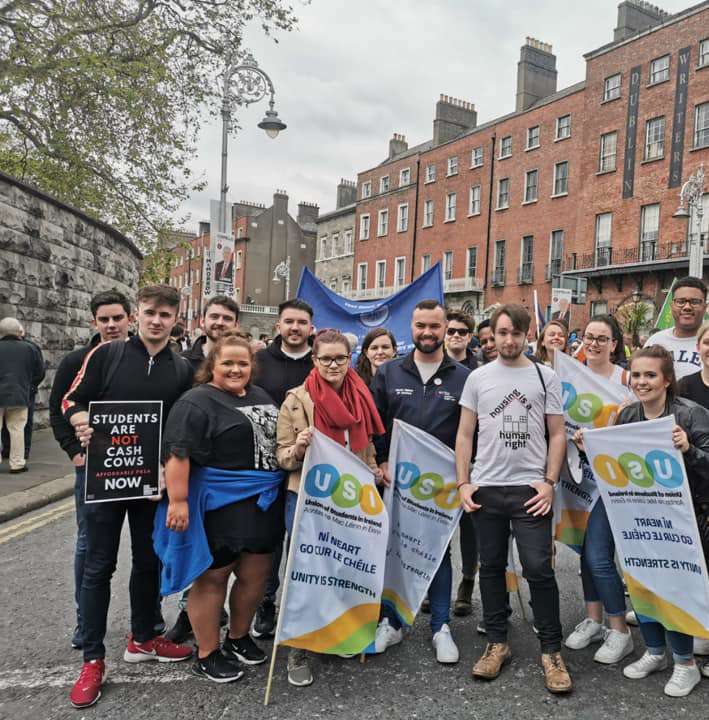 This week, Ministers for both Education and Higher Education, Joe McHugh and Mary Mitchell O’Connor have released statements downplaying the levity of the accommodation and higher education funding crisis in Ireland.

The Union of Students in Ireland have been campaigning on these issues, year on year consistently and it is disappointing to find that the Ministers in charge of the education system in Ireland have not yet learned just how severe the situation at hand has gotten.

The Union of Students in Ireland has developed a multi-pronged approach to place pressure on the Government in the coming months, ahead of the Budget. We will be engaging with local elected representatives, TD’s and Senators in the coming months ahead of an action on the streets of Dublin in early October.

USI calls on both students and their parents to join the national student movement in the fight against unaffordable fees and student housing. We call on people to immediately get in touch with your local representatives and demand that they do all they can to ensure:

We will announce further details of our action in early October, in the coming weeks.

“It is clear that our Ministers are out of touch with reality when it comes to student issues, a cohort that both Minister Mary Mitchell O’Connor and Joe McHugh directly represent. The Union of Students in Ireland have been lobbying on these topics since they became issues, our Ministers have attended USI lobby days, have met with student representatives from USI, where they were handed our Pre-Budget Submissions year on year and yet still they seem to have no comprehension of what the big issues are in student life. Students and their parents have come to USI to highlight their frustration with the comments made by both Ministers and at the lack of action by Government.

This Government has made no effort to recognise the crisis that has continued to unfold within its term, prices of accommodation have risen to the point of blatant unaffordability, the SUSI Grant no longer reflects the cost of student life between rent, groceries, books and bills, and our students are paying the second highest fees in the EU after the UK. The people in charge of our education system have put barriers in place to make education inaccesible and have made no effort to hide it, it’s time to break the barriers. A general election is coming, and we will see this Government in the ballot box.”