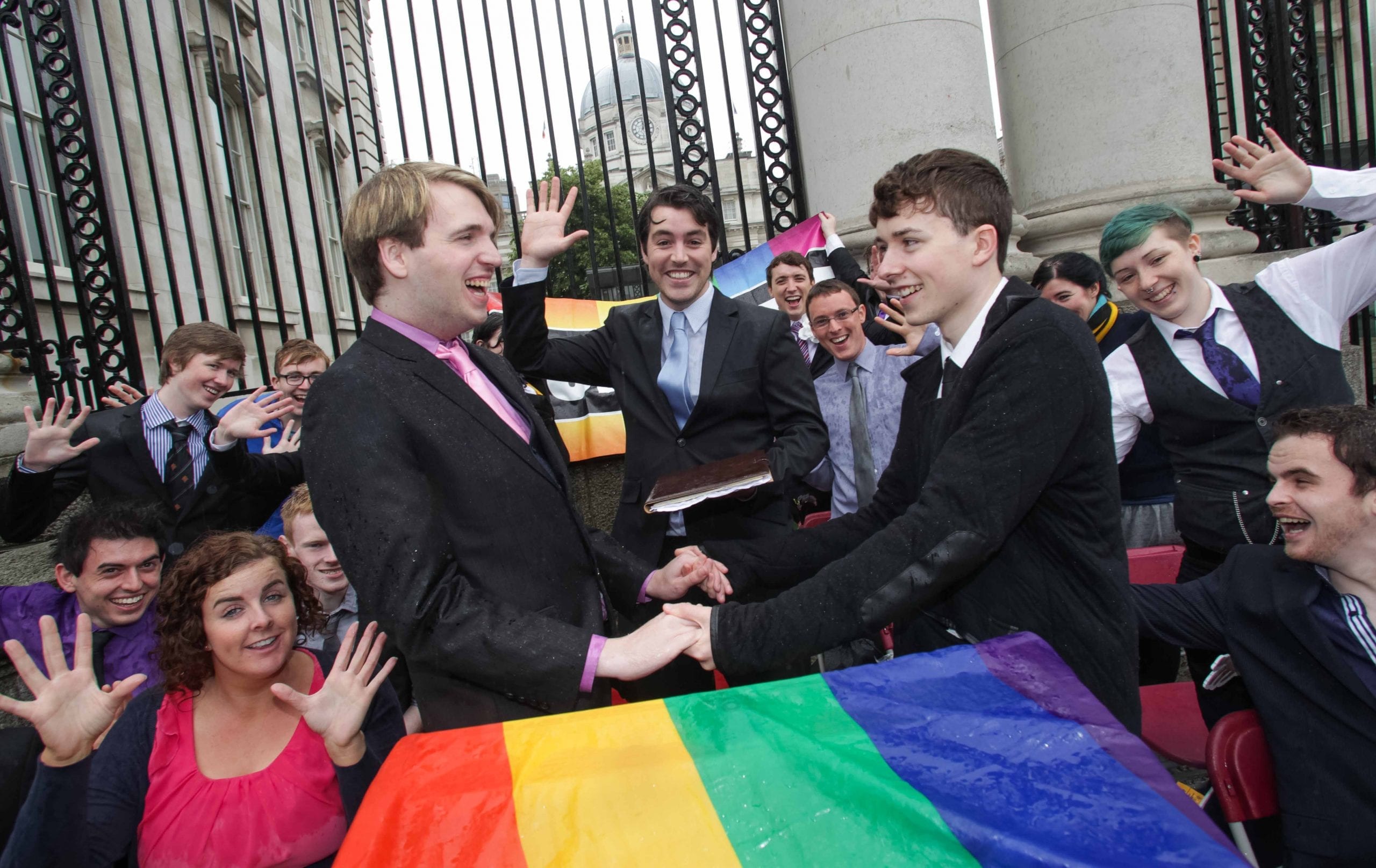 UCD Students’ Union with the support of the Union of Students in Ireland stage a Rainbow Wedding demonstration to highlight the importance of Marriage Equality in Ireland.

In front of the Department of an Taoiseach, a demonstration of a Rainbow Wedding will be led by the UCD Students’ Union, UCD LGBT Society and the Union of Students in Ireland at noon today.

There will be a rainbow wedding demonstration with two same sex couples and one heterosexual couple. The ceremonies will be officiated by John Logue, President Union of Students in Ireland’s. Representatives of UCD Students’ Union and LGBT youth activists will take part in the demonstration with a congregation of guests comprising of their student peers in support.

It will also serve as the platform from which USI will launch its yearlong campaign for marriage equality. This wedding and USI’s participation in the march are the start of a campaign that will grow throughout the year and which will include lobbying of TDs by students and their representatives.

A recent survey conducted by UCD Students’ Union of over 900 UCD students found that:

“With 91% in support, students are united in favour of equal marriage rights for all and the hope that our friends and peers of this generation will be able to marry the person they love, regardless of sexual orientation.”

As ever, we find that the views of our members have evolved beyond the status quo in Leinster House. We will encourage our members to lobby their local TDs and tell them that they will accept nothing less than full marriage equality in Ireland.

The personal happiness and fulfilment of students is at stake and we will work to ensure that all are treated equally.”

Editor’s Note: See attached photo of USI’s national officer board posing with Students’ Union officers from around the country with a Marriage Equality banner.