For the Government to commit to increasing the threshold and allocation given through the Student Universal Support Ireland (SUSI) grant scheme.

The DIT Campus Life survey details the on average the total cost to attend third level education in Dublin, with the total cost coming around to €11,000 per annum. While USI expresses its gratitude in extending and increasing eligibility for grants in recent years – especially in Budget 2017 towards postgraduates. Unfortunately these measures don’t go far enough. With the maintenance grant ranging from €30 per month on the lowest to €120 on highest non-adjacent grant, this is not sustainable for a student living under 45km from their desired college. 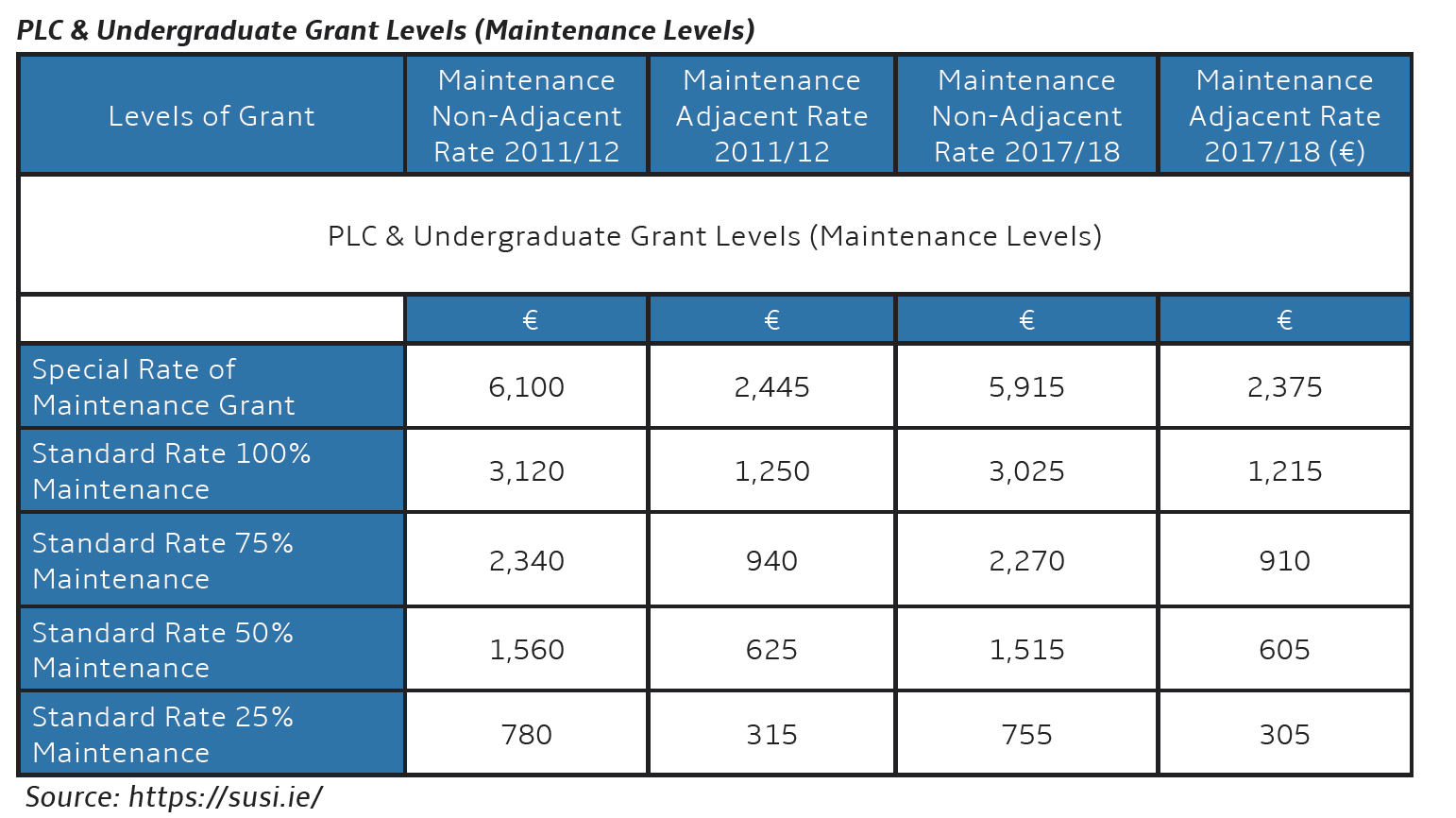 With the DIT campus survey outlining that a monthly expenditure excluding fees for a student living away from home is €889, the adjacent grant doesn’t even support students living outside the 45km distance – as the highest possible grant being the special rate at €591.5 per month there has been an increase in the average rent nationwide of 13.4% in the year to April 2017 while a massive increa

se in travel and living costs. ‘Investing in National Ambition: A Strategy for Funding Higher Education’ (2016) states that an additional €100 million would be needed to fund student financial aid. While this is highlighted previously, thresholds need to be adjusted to allow middle income earners to be able to access the SUSI grant scheme more allowing for students to be financially able to attend and apply themselves in third level.