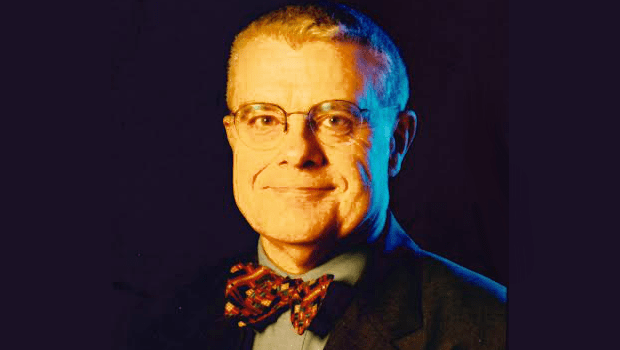 It was with a profound sense of sadness and loss that we learned of the death of Gordon Colleary on 17th June, 2014.

Gordon was an inspirational figure in the student movement, whose development of student travel opportunities and USIT (originally Union of Students in Ireland Travel Bureau) created a social revolution which broadened the horizons of the Irish nation and ignited the J1 Visa phenomenon in Ireland and beyond.

Gordon is perhaps best remembered as a true gentleman of Irish business – respected for his business manner as much as his business success.  That’s saying quite a lot – USIT at one point had turnover over €600m per annum and employed 1,500 people in 200 locations around the world.  As the co-founder of Magill magazine and chairman for many years of the (now sadly defunct) Sunday Tribune, he contributed enormously to the political and cultural life of the nation.

If you, or someone you know, has ever availed of travel as a student on a special deal, they essentially have Gordon Colleary to thank.  What started with a student travel bureau in 1961 when USI was only two years old, grew with his leadership to become a pioneering travel organisation with one of the most recognised brands on the Irish high street.

Having become the dominant player in the European student travel market, USIT was another collateral casualty of the September 11th terrorist attack which had a crushing impact on the student travel market resulting ultimately in massive restructuring for the company under new ownership.  Despite the maelstrom of commercial pressuresthe surrounded the company in the wake of the terrorist attacks, USIT’s focus remained on ensuring the safety of the thousands of Irish students in the U.S.A. at that time.  When other companies would have been hard-nosed and focussed on the bottom line, Gordon and his team to their credit chose to concentrate their efforts on the distressed students and their parents.

Gordon studied at UCD where he was active with the students’ union before becoming President of USI for two terms from 1964 to 1966.  The conclusion of his presidency was merely the end of the beginning of a lifelong involvement with USI as its permanent bastion of support.

From a USI standpoint, Gordon’s warm and deeply generous friendship will be most sorely missed.  When USI needed support and help, Gordon gave it without question and with care and passionate support.  He served in latter years as a Trustee, but even when his long term as trustee was over, when as an organisation we had cause to call on his advice, he set aside probably too much of his valuable time to give us the benefits of his experience.

USI has much to thank Gordon Colleary for – probably much more than we agreed we would ever say publicly. It’s not hyperbole to say that USI would not exist today without his past guidance, and we know we owe him a debt we could (literally) never repay.

We extend our sympathies to his wife Máirín, his children, Barry, Conor and Emma, and extended family and friends.