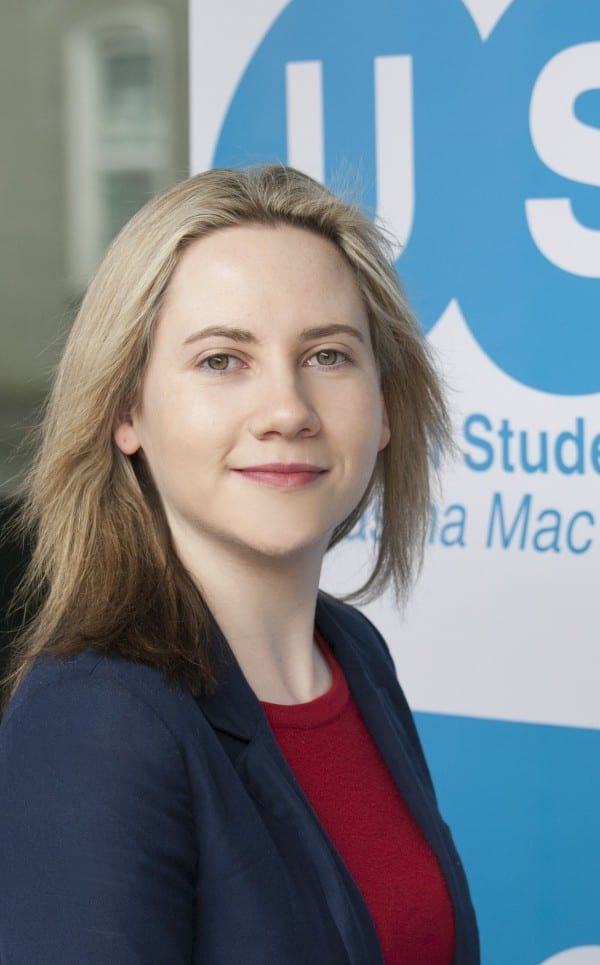 There were four candidates in the running for the position, three of which are current members of USI Officer Board. The candidates were Laura Harmon USI VP Equality and Citizenship, Denise McCarthy USI Deputy President and USI VP for Welfare, Kevin Donoghue USI VP for BMW Region and Stephen Fleming, a student from St Patrick’s College, Maynooth Students’ Union.

The results for the rest of the USI Officer Board 2014/15 positions are as follows;

“It is an absolute honour to be elected as USI’s next President in a race with such high calibre opponents. I look forward to working with the incoming team.

USI will continue to oppose the idea that education is a private commodity. USI adopted a research paper at this year’s Congress from the Nevin Economic Research Institute which highlights the value of education to society and calls for a fully funded free education model.  USI will continue to mobilise students in the battle for higher education as a public good.

Our members and graduates are being devalued everyday by the culture of unpaid internships. USI will campaign against zero hour contracts and for a living wage to be introduced in this country so that people can work to live as opposed to work to survive.  USI will continue to work with trade unions and organisations that have similar values to achieve our collective goals.

USI has turned a corner and it is my intention to assert the student voice at the forefront of social justice and social change.  We have a proud history on campaigning for equality and we cannot afford to be an insular organisation. We will continue to take a holistic approach in how we represent our members both in education and in society.

As a gay person who grew up in a Gaeltacht, rural area, I know what it feels like to have to hide an intrinsic part of yourself away for fear of rejection. We need to work to eradicate the oppression that lesbian, gay, bisexual and transgender people face. Equal access to civil marriage in Ireland is a civil rights issue of our generation and students will be a leading voice in the 2015 marriage equality campaign.

Gender was not a focus during this USI election, nor should it have been – as gender has nothing to do with competency. However, as the first woman USI President in 20 years, I will try my best to support and empower other women to get involved and run for election because women are an under-represented majority in leadership positions in our society.  USI will continue to fight for those who are under-represented and marginalized in our society”.