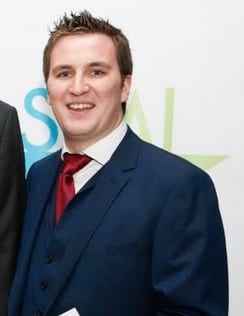 The Union of Students in Ireland (USI) has joined forces with the Teachers’ Union of Ireland (TUI) as part of its ‪#‎EducationIs coalition to campaign against the erosion of the publicly funded higher education system, and safeguard higher education for the next generation. The ‘I Value Higher Education’ campaign invites students, their families and teachers to sign the petition on http://chn.ge/1R6NBXz

Today, the Irish state funds 14 institutes of technology, seven universities and six colleges. While the public higher education sector has expanded to meet growing demand, funding has not kept pace with this development. Regrettably, it has decreased significantly. In the last seven years funding in the higher education sector was cut by 32% (over €428.3m).

Aidan Kenny, Assistant General Secretary at TUI, welcomed the joint campaign by USI and TUI in support of free publically funded higher education. “It is vital that students and lecturers work together to achieve the aim of free quality higher education which is accessible to all.” Kenny said “Higher education as a public good should be funded collectively by society through general taxation, corporation tax and a higher education levy. The market model of student loan schemes is not appropriate; it places an unacceptable individual debt burden on students and commodifies higher education into a product which can be sold.”

The magnitude of the funding cut over a relatively short period of time is having a profound impact on the sector’s capacity to function. In addition to the budget cuts, student tuition fees for undergraduate programmes have increased to €3,000 per year. The new proposed student loan scheme would deter students from applying to college and place a significant individualised debt on each student when they graduate and commence their careers.