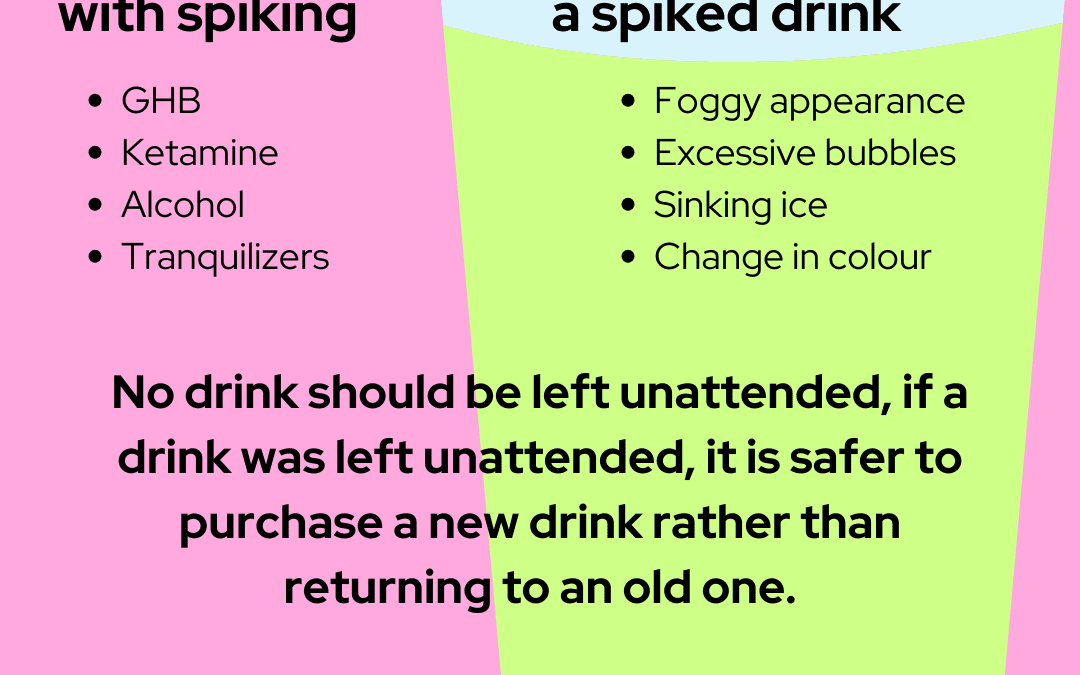 The first part of a new Union of Students in Ireland campaign in response to drink and needling spiking has been launched today, with the backing of the Minister for Justice and the Minister for Further and Higher Education, Research, Innovation and Science.

An awareness campaign that aims to equip students with the knowledge that spiking does happen, how to recognise if a drink or person has been spiked and how to help a friend that has been spiked, is being rolled out by USI and Students Unions across the island today.

USI is also working with the nightlife industry and SUs on plans to make venues safer for students and others, looking at actions such as further training for staff, monitors looking out for spiking and bag and person searches.

USI Vice President for Welfare, Somhairle Brennan: “When the nightlife industry reopened, we saw a trend of spiking taking place on a national scale. This undoubtably caused some alarm and fear among students, other partygoers and those working in the industry. It is the responsibility of venues and clubs to work to keep their patrons safe and to build spaces that protect their partygoers. However, that should happen in conjunction with organisations such as USI, SUs and other welfare organisations to inform people about these issues as much as possible. And it is the job of Government and the Gardai to treat these crimes seriously.”

Somhairle added: “Today’s launch sees the roll out of information for students on the various aspects of spiking and to support people to help friends that are the victims of spiking. We know from research that students want the knowledge to help their friends who disclose that they have been the victim of an act such as spiking. We also want to ensure those that have suffered know that this is a serious criminal act, no matter the intent of the person spiking, and that you deserve support, to be heard and for it to be investigated, if that is what you want. The Government recognition we are receiving today shows that spiking is serious and that there is a will to support people and address the issue.”