USI marks third anniversary of repeal of the Eighth Amendment 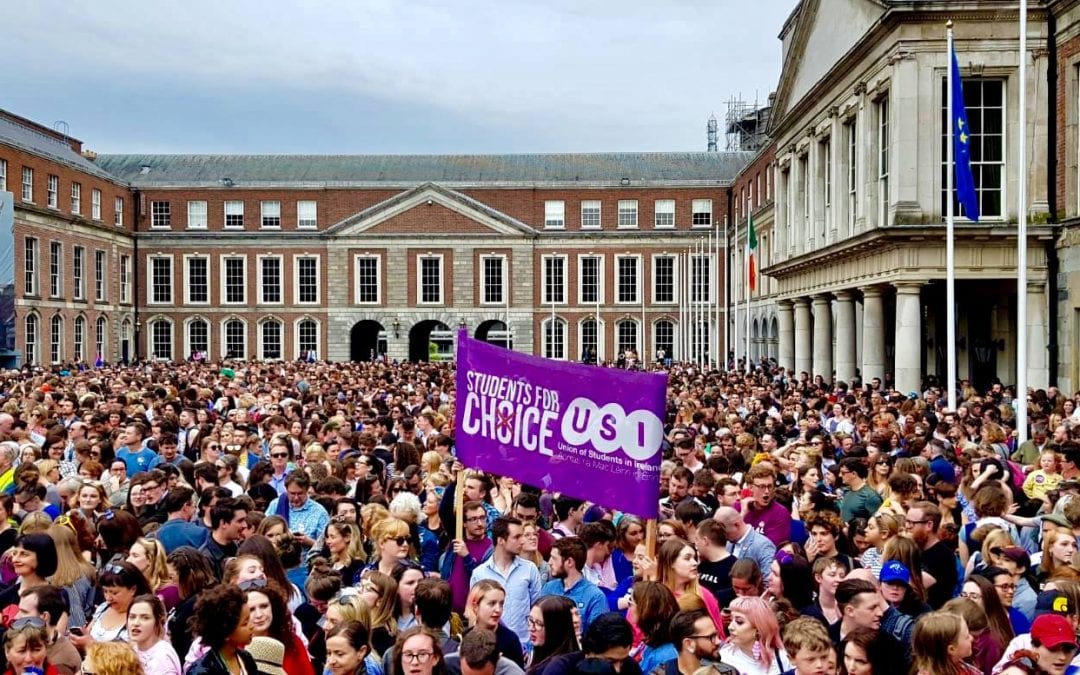 Action must be taken to resolve the current situation where many women across Ireland still face barriers to accessing abortion care, the Union of Students in Ireland has said on the third anniversary of the vote to remove the Eighth Amendment from the Irish constitution.

Today marks three years since almost 1,500,000 people voted yes for a more compassionate Ireland where women can make their own decisions in pregnancy and access abortion in Ireland.

It has now been one year since the UK Parliament voted to ensure that women and pregnant people in Northern Ireland have access to abortion. However, over 100 women have had to travel to England – during the pandemic – to access abortion care, as Minister for Health, Robin Swann has failed to commission the services now required by law.

USI has been campaigning for the decriminalisation of abortion in Ireland since 1979. Ahead of the 2018 vote, USI registered over 18,000 students – that poll saw the largest youth voter turn-out for any vote in the history of the state.

During the campaign, USI led Students for Choice, which travelled the country in the ‘Repeal Mobile’ registering students and encouraging students to ‘call their grannies’ and students turned out in huge numbers to vote yes.

As we mark three years since we repealed the eighth and look ahead to the review of the Health (Regulation of Termination of Pregnancy) Act 2018, USI is calling for the review to be open and transparent and allow for the perspectives of those most affected by this legislation to be at the centre of the process.

USI Vice President for Equality and Citizenship, Marie Lyons said: “Students played an important role in repealing the Eighth Amendment and we are disappointed that three years on, we still have a number of people who are unable to access vital abortion care. As we look towards the review of the Health (Regulation of Termination of Pregnancy) Act 2018, USI will continue to play an active role in calling for free, safe and legal access to abortion care across this island.”

NUS-USI President, Ellen Fearon said: “As we mark three years since we repealed the eighth, we call on Minister Robin Swann to commission abortion services here in Northern Ireland. We cannot continue to see women, girls and pregnant people being forced to travel to England to access abortion care. The North is Now!”