Congress is the supreme governing body of the Union of Students in Ireland.  It decides the policy of the union and holds the National Council, officers and committees of the union to account.

Every year around Easter, the Union of Students in Ireland gathers representatives of all the member colleges together in one place to decide on the policies of the union, the future plans of the organisation and to elect the core of its Officer Board – the group of officers whose job it is to lead the whole organisation. 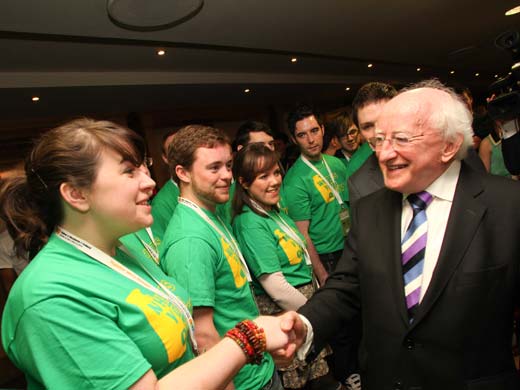 At Congress, each students’ union can submit up to five motions to be discussed by the gathering – and the decision taken by the Congress then passes into the policy of USI.

Debates at Congress are supervised by a committee of former members of the organisation known as the Steering Committee.  They chair meetings and officiate on the conduct of the discussions, but don’t take part in the debate. Only students (for our purposes that includes students’ union officers) may take part in a debate, or vote on the matters at hand.

Most matters at Congress can be approved by a bare majority, but some matters (amendments to the USI constitution and matters without a clear impact on students) require a qualified majority, where two thirds’ majority is required.

Congress is about making the policy of the union, but it’s also about elections.  The core members of the Officer Board are up for election at the gathering.  Hustings take place on the first night of the gathering and voting usually takes place via secret ballot on the first full day of the Congress.

After the day’s work is done (and Congress sessions can go on from the early morning until 10.00pm), it’s time to socialise.  USI Congress is a great social occasion for students from all over the island to get to know one another, share their experiences and have fun.