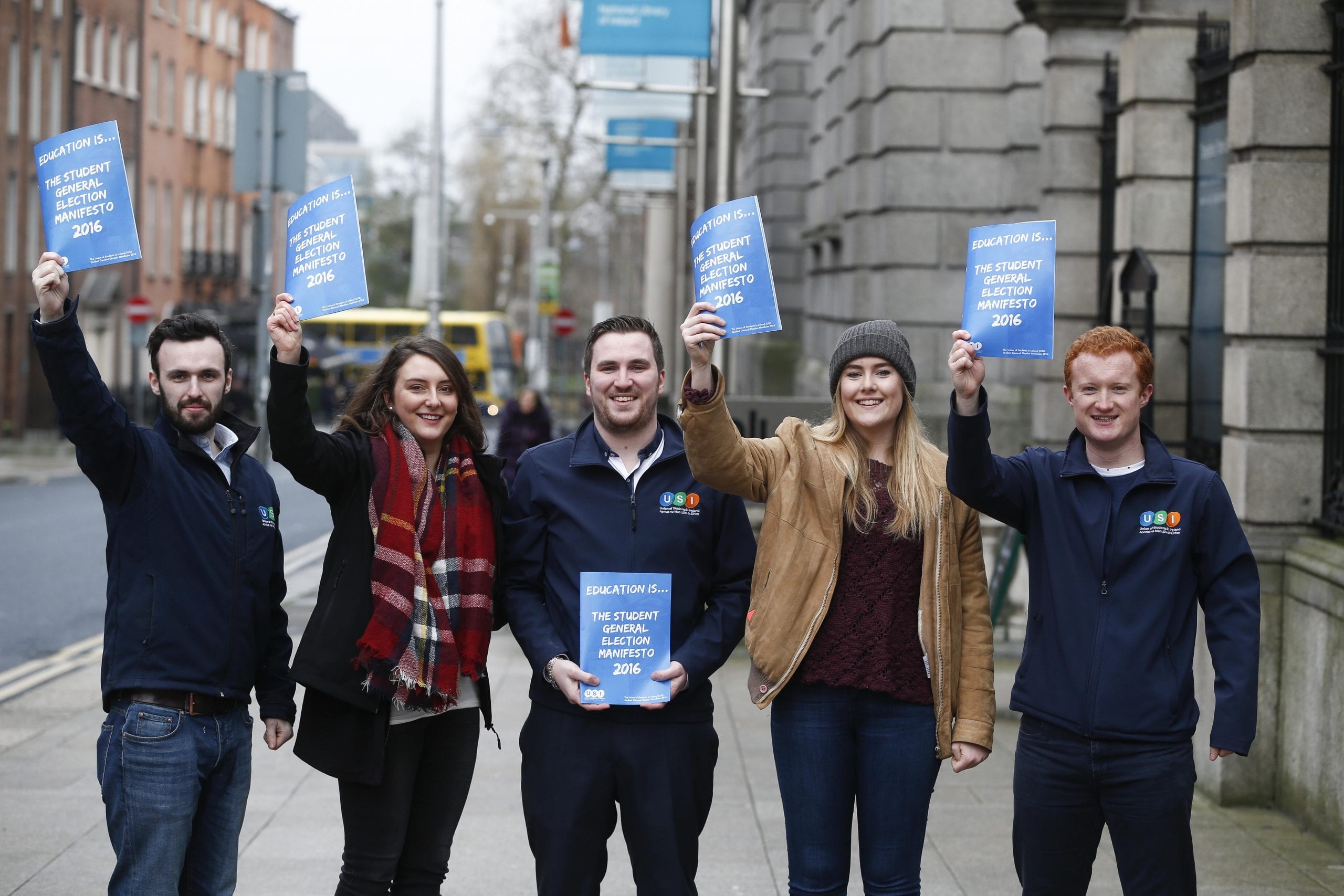 While our student manifesto is focused on education issues we have outlined a broad range of areas we feel should be addressed by the next Government. The 32nd Dáil has the opportunity to introduce real and lasting change for all our citizens.

100 years on from 1916 we can build an Ireland our children and our parents will be proud of. An Ireland where workers are paid the living wage, where there is a right to full bodily autonomy and where every person is treated with the dignity and respect that they deserve.

Ireland has gone through significant change in the last five years. Austerity has taken its toll on almost every group in society. The impact of harsh and often brutal cuts must be accepted and those responsible must now ensure that it is our most vulnerable who are the first to see the fruits of our recovery.

No party who has served in government in the last generation can abdicate responsibility for the situation we are now in. However young people and students are not interested in political point scoring and the tit-for-tat remarks that dominate our political conversations. Young people want candidates and political parties to demonstrate kind of leadership that befits the positions they seek and to map out a clear path to strong, sustainable future.

The Union of Students in Ireland (USI) believe that education, from early years to post-doctorate, is not just a right but key to economic growth. As a nation we are particularly reliant on a highly educated workforce for growth. It is a major attraction for foreign direct investment coming into Ireland. A highly skilled and well-educated workforce is of a benefit to everyone in Irish society.

Since the economic crash of 2008 our education system continues to be seriously under-funded. Against a backdrop of reduced household incomes, dramatic increases in rental accommodation and a saturated part-time employment market, there is an increasing and ever-widening gap between the rising costs of attending college – now estimated at €11,000 per annum – we see no corresponding increases in student supports. Students and their families are now put under enormous financial pressure to attain a third level qualification – a qualification which is now considered a basic necessity.

As such there is no credibility to a manifesto that does not clearly outline the plan for education funding at all levels. Education funding is a proven investment in our future, leading to broader and increased participation in our democratic processes, reduced crime and poverty rates, environmental sustainability, job creation and social equality.

The next Government should seek to follow the example of most of our EU partners and introduce free, publicly funded education

President of the Union of Students in Ireland (USI) 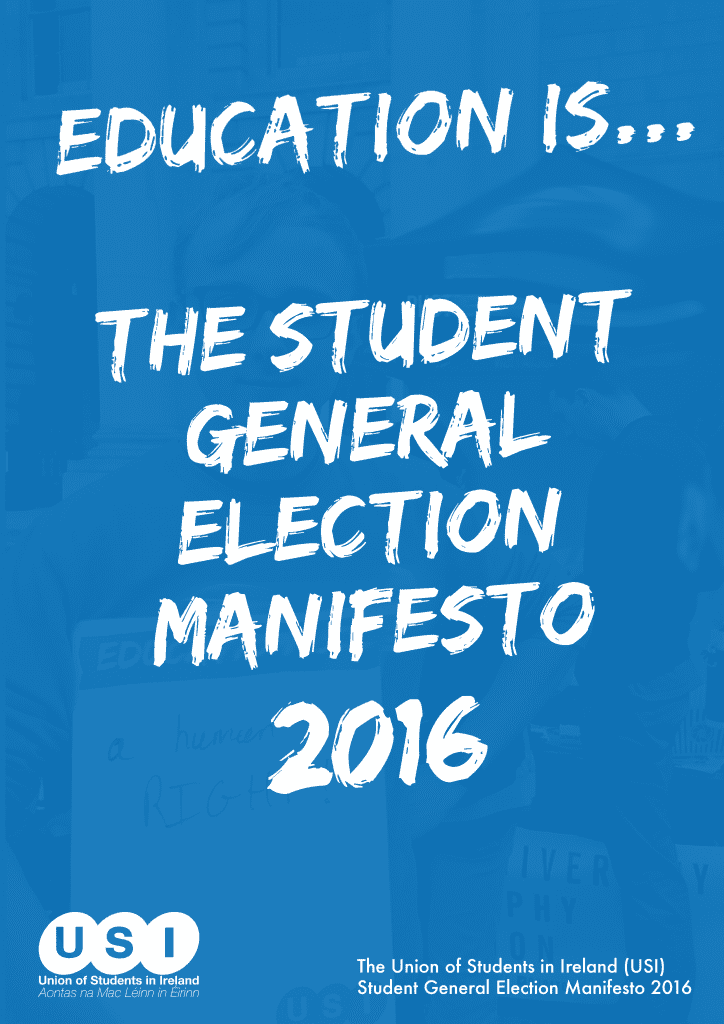